The Message Of Iran’s Execution Of A Wrestling Champion 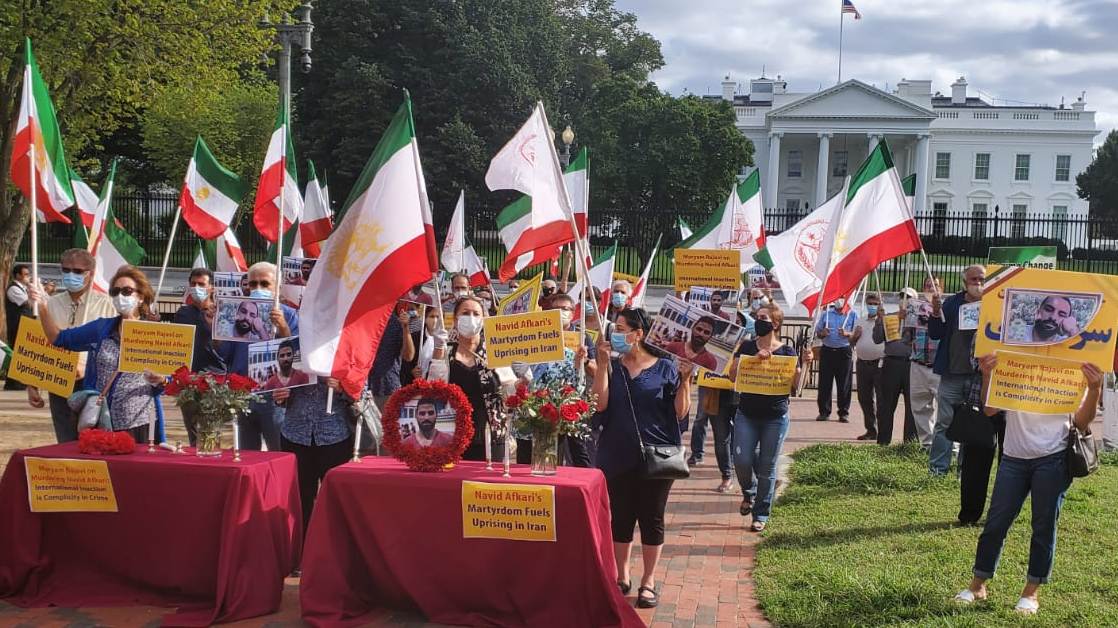 Last Saturday, despite a global outcry, the Iranian regime brutally executed a 27-year-old wrestling champion. Navid Afkari was arrested during peaceful anti-regime protests back in 2018. Amnesty International called the execution a “travesty of justice.” And the International Olympic Committee (IOC) sad it was “shocked” by the announcement.

A high-profile campaign around the world had been sparked to force the regime to stop the execution. That included the World Players Association representing 85,000 athletes worldwide, along with other major sports groups and athletes in Iran and around the world. But in the end, Afkari, who proclaimed his innocence until the end, was executed so hastily that the regime even robbed him of a final family visit.

In tape recordings and letters from prison, Akfari had explained some of the torture he had endured: “They put a plastic bag over my head and almost suffocated me. Using batons and other hard objects, they beat hard on my hands, abdomen, and legs. … They tied me forcefully and poured alcohol down my nostrils.”

Both of his brothers have also been sentenced to decades in prison after being tortured. Their grieving mother, Bahieh Namjoo, said in a video posted on social media: “They tortured my sons to confess against Navid. This was a sham trial. My children could not defend themselves.”

The Iranian people are facing devastating circumstances and are on the verge of rising up. Decades of endemic state corruption and economic mismanagement by state officials have left millions of Iranians struggling to make ends meet. In 2018 and 2019, millions in close to 200 cities called for democratic regime change.

That is precisely why the regime sentenced Afkari to not one, but TWO, death sentences. The regime wanted to send a message of intimidation to the rest of the population in order to prevent further protests in a very tense environment. But the execution actually sent the complete opposite message. It revealed the regime’s incredible fragility.

Before his execution, Navid had said: “If there is one thing I’ve learned from wrestling, it is to never give in to oppression and lies.”

That spirit has been vastly kindled in Iran. So, the execution is truly a sign of the regime’s fear of a repeat of the 2018 and 2019 protests. In a way, Afkari is a symbol of protests whose spirit will further resonate among the population.

The execution is also a sign of the regime’s sheer barbarism. Despite international calls to spare a human life, the regime hastily hanged an innocent young man. This shows that no degree of appeasement or talking to the regime will change its behavior.

What should the world do? As a start, instead of inviting this medieval theocracy’s representatives and officials to Europe, the international community, and particularly European states, must forcefully condemn this inhumane crime and shun the regime’s criminal officials.

Afkari’s inhumane execution is but one example in a long list of crimes against humanity. In November 2019 alone, 1,500 protesters were brutally murdered and thousands more arrested and tortured. This month, Amnesty International released an report that portrayed a shocking picture of beatings, floggings, electric shocks, mock executions, sexual violence, and deprivation of medical care.

The Office of the UN High Commissioner for Human Rights said in another damning report that the special rapporteur “is alarmed by the unprecedented violent crackdown against protesters across the Islamic Republic of Iran in November 2019. “

Back in 1988, “death commissions” rounded up prisoners across the country, asking them questions about their political affiliations, especially with regards to the main opposition Mujahedin-e Khalq (MEK or PMOI). 30,000 were ultimately massacred for their political beliefs in one of the greatest crimes against humanity after WWII.

But all that has not stopped the Iranian people from pursuing the regime’s overthrow. The Iranian regime cannot prevent more protests and its eventual downfall through executions. The hanging of Afkari and thousands of other brave Iranians before him will further forge the Iranian people’s steely resolve to achieve a free, secular, democratic and non-nuclear Iran.

The international sports associations and distinguished athletes involved in the campaign to save Afkari’s life could not convince the theocracy to stop his execution. But they can still fight for justice. They can turn their attention to their own governments’ behavior. They can push their elected representatives to exact the price of Afkari’s unjust execution by shunning the Iranian regime’s officials, cancelling their foreign visits, and preventing them from appeasing a brutal theocracy that is thirsting for more innocent blood in Iran.