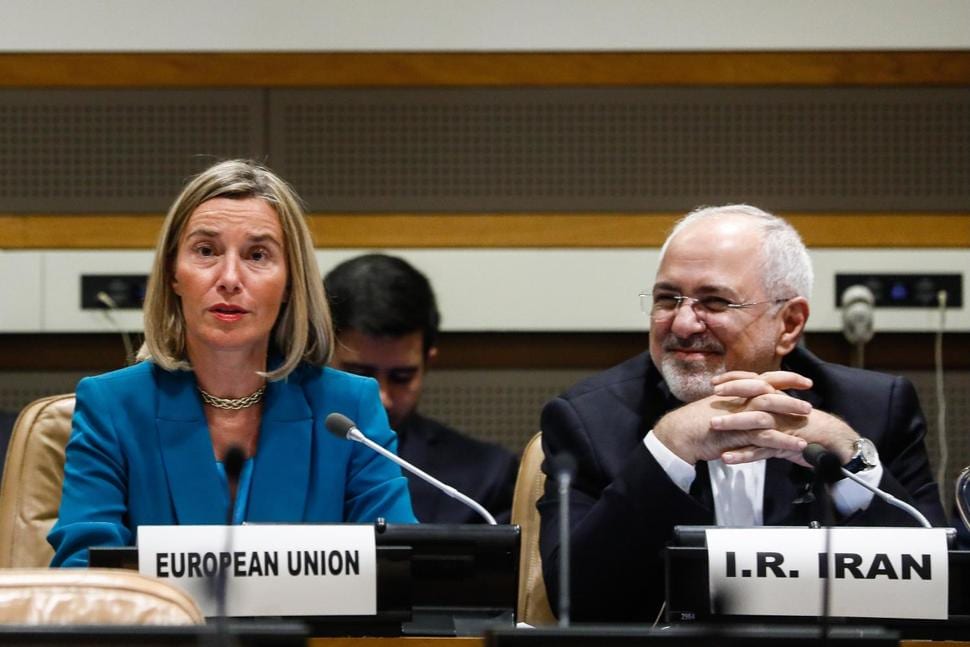 ROME — Earlier this month at a meeting of foreign ministers in Brussels, the European Unionannounced support for sanctioning measures that had been put in place by the government of France, in response to Iranian terror threats.

This is a step in the right direction for European policy toward the Islamic Republic of Iran, albeit a tentative one. This decision set the stage for expanding the French measures so they are applied throughout the EU, but the multinational body has yet to take actual, concrete steps toward exerting comprehensive pressure on Iran’s Islamist regime.

All progress is worthy of recognition, but this action is long overdue and doesn’t go far enough. The French sanctions on agents of Iran’s Ministry of Intelligence and Security stem from a foiled plot at an international gathering of roughly 100,000 supporters of the National Council of Resistance of Iran (NCRI) just outside Paris. The June 30 Iran Freedom rally was also attended by hundreds of political dignitaries (including from Italy) and Middle East policy experts from throughout Europe, North America and the world.

Immediately after Belgian police arrested the two would-be bombers en route to the gathering, German authorities arrested the Iranian diplomat who had provided the explosives to those operatives while serving in his position at the Iranian Embassy in Vienna.

It was not until October that French intelligence announced the end of an exhaustive investigation, which left no doubt that the plot had originated at the highest levels of the Iranian government.

Even after all of that information was confirmed by French intelligence, the leadership of the EU continued to drag its heels. One wonders if they would have supported the French sanctions measures at all, had the Iranian terror threat not reared its head once in October. It was then that Danish officials arrested an Iranian-Norwegian dual national on suspicion of plotting the assassination of multiple Iranian dissidents living in Denmark. The revelation of that plot led the Danish Foreign Ministry to exert pressure on its fellow EU member states to take action that would truly demonstrate European intolerance for Iranian scheming.

The decision also came in the wake of 150 members of the European Parliament (MEPs) condemning European “silence” not only on the topic of Iranian terror threats against the West but also regarding Iran’s destabilizing influence in the Middle East and its penchant for severe and escalating human rights abuses on its own soil.

Such silence is a betrayal of the most closely held European values, and it is troubling to think that the EU leadership would require more than four months of reflection and the organized appeals of dozens of MEPs and more than one member state before it even began to consider that reversal.

The first signs of a surge of Iranian threats in Europe emerged in March, when authorities in Albania had arrested Iranian operatives who were planning to attack 2,500 members of the NCRI’s main constituent group, the People’s Mujahedin of Iran (MEK), an Iranian political-militant organization that is considered the Iranian government’s biggest political opposition group. It was immediately obvious to Iranian resistance activists and their supporters in Western policy circles that this plot was only one aspect of the regime’s backlash against widespread anti-government protests in Iran, which were organized in large part by the MEK.

The Albanian terror plot closely coincided with Iran’s Nowruz holiday, whereupon Maryam Rajavi, the president-elect of the NCRI, issued a statement urging Iranians to continue protesting until they secured “final victory” over the theocratic dictatorship. And that statement appeared to spur additional demonstrations following the first round of protests in January 2018.

Given that the protests are ongoing throughout the Islamic Republic, it should be clear that silence over the Iranian regime’s behavior is detrimental not only to the security of Western nations but also to the prospects for human rights and democracy in Iran and the broader Middle East. So why would the EU or its member states hesitate to take action that would convincingly condemn Tehran for its far-reaching, violent response to domestic unrest.

Sadly, the answer boils down to greed, because these very tentative steps were arguably undone by the decision to continue pushing for the establishment of the “special purpose vehicle” (SPV) that would supposedly ease transactions with Iran, in defiance of U.S. sanctions. For what it’s worth, little concrete progress has been made on the SPV, largely because no EU member state has yet stepped forward to take the risk of hosting it.

The EU strategy of expanding relations with Iran while overlooking terror threats and human rights violations is doomed to collapse. It would be far preferable for the EU to abandon that approach and underscore its commitment to the core values of Western society.

With this in mind, all European policymakers and citizens who cherish those values should join 150 MEPs in putting pressure on European leaders to reaffirm those values and let Iran know that from now on, its relations with the Western world will be contingent upon substantial tangible improvements in the behavior of the Iranian government at home and abroad.

International Condemnation of Iran Must Be Backed With Action
Comment
Europe And The U.S. Must Confront Iran’s Terror On Their Soil