MENUMENU
Articles > Something Changed This Week in Albania

Something Changed This Week in Albania 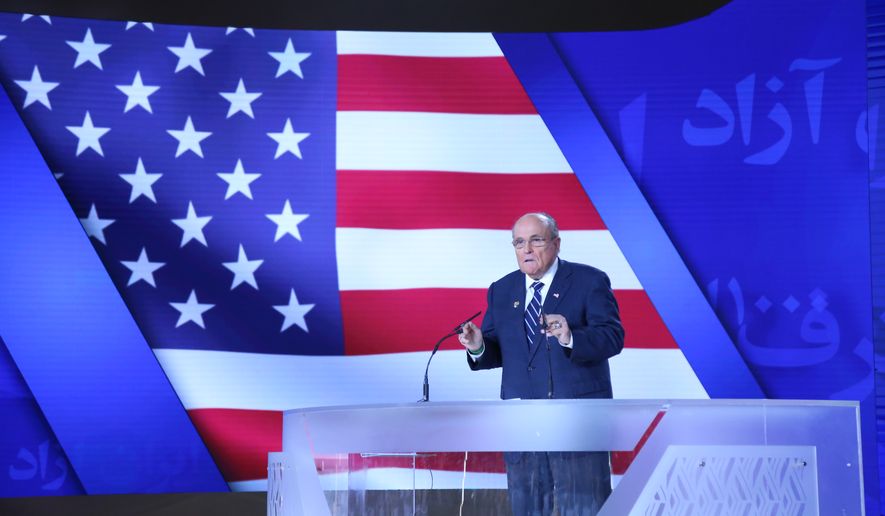 The People’s Mujahadeen of Iran (PMOI/MEK) has been demonized for decades, due to an organized, effective disinformation campaign by Iranian intelligence, and the appeasement of the mullahs by American presidents since the Islamic Revolution during Jimmy Carter’s tour at the White House.

In order to get a deal with Iranian “moderates,” which don’t exist, the MEK has been literally thrown under the bus multiple times. Allowed to be hunted to the point of extermination (after George W. Bush gave them protected status under the Geneva Convention) by Iranian-controlled Iraqi forces under the Obama administration, the remaining 3,000 of the group were finally relocated to a large camp in Albania in 2016. They’ve been called terrorists, a cult, ineffective and dangerous to the world.

During a large gathering of politicians and dignitaries from all over the world, who descended onto Camp Ashraf 3 outside of Tirana for multiple days, the spell was broken, and the geographical center of the global resistance to the Iranian murderous regime was birthed and established.

Former U.S. Ambassador Lincoln Bloomfield said it succinctly when he spoke to the massive event, which included former New York Mayor and Trump attorney Rudy Giuliani as well as many other current and former officials from the U.S. and 46 other countries. Citing major court cases in France, the U.K., the European Union and the U.S. along with independent research into terrorism allegations against the resistance, he said that this allegation has been “completely debunked,” adding, “We now know that no member, for three generations, of the resistance, has ever been prosecuted or convicted of terrorism in a country governed by the rule of law and due process – not one person, ever.”  The next issue used by the regime to discredit and suppress its political opposition was the charge that the MEK is a cult – that the residents are unable to think freely or speak for themselves – which caused the U.N. to insist upon the relocation of the MEK in 2012 from Camp Ashraf in Iraq to the “prison” called Camp Liberty. After having direct, private access to many women and men at Ashraf III and hearing their personal stories of lost family members in Iran’s prisons and the painful choice to commit to the resistance and forego an easy life in the West, Mr. Bloomfield said, “never again should we hear the allegation of ‘cult’ – it is gone … it’s finished.” With MEK victims, eyewitnesses and documentation now accessible to the outside world, he said that senior officials of this “monstrous” regime can and should be brought to justice for crimes against humanity over the past four decades.

The delegation from the Albanian government was also similarly supportive of the PMOI, highlighting the fact that Tirana expelled the Iranian ambassador over Iranian Ministry of Intelligence operations inside Albania to kill members of the MEK.

Although there will most assuredly be continuing efforts by the MOIS to dehumanize and disparage the resistance by buying influence in Leftist Western publications, they will no longer be effective in doing so.

The proverbial cat is out of the bag.

As Mr. Giuliani so eloquently voiced, “If the MEK were not effective, if the Mullahs were not scared of the Mujahadeen, why would they still be trying to kill you?” More than 120,000 of the PMOI/MEK have been executed since 1980.

The MEK is not a cult. However, what they most definitely are is a group of people who have suffered greatly and are fanatically committed to the end of the Mullah’s regime.

Regime change will now happen not if, but when, and the world will be a much better place because of it.

American troops are not needed. With continued economic pressure, the MEK can do this all by itself.

MEK Vows to Step Up Fight Against Iran from New Ashraf-3 Base Camp
Comment
Iran: The Power of the Alternative