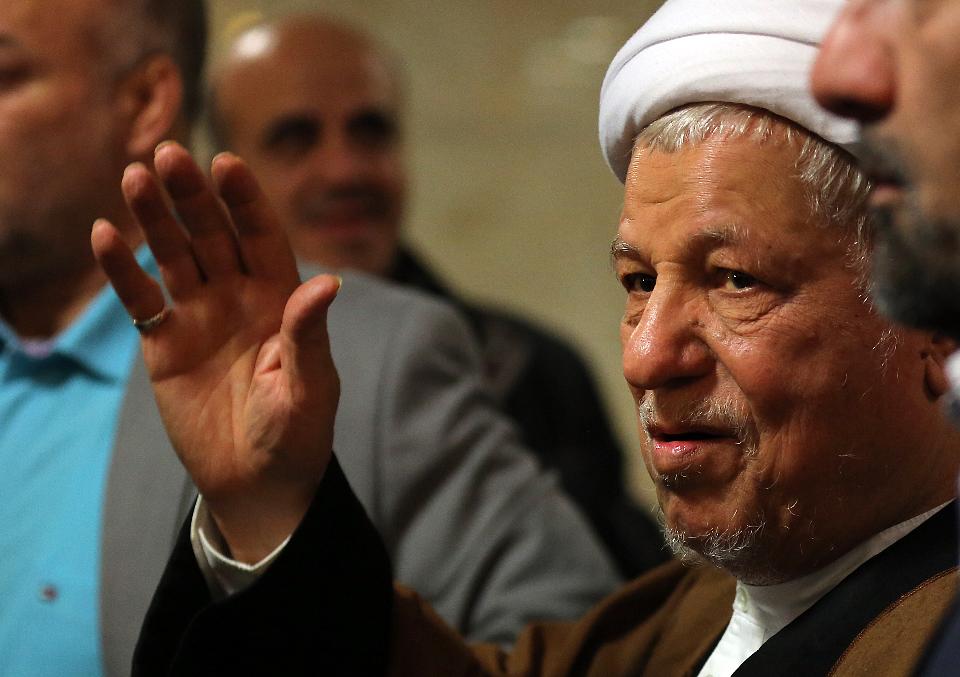 In autumn of 1985, I attended a hearing on Iran at the House Foreign Affairs Committee. “Who is this Iranian leader who wants to change Iran’s policies?” one lawmaker asked the expert, referring to Parliament Speaker Ali-Akbar Hashemi Rafsanjani as a “moderate.” As an Iranian living in exile, I was stunned. “Where are they getting this idea that Rafsanjani is a moderate?” I whispered to a colleague.

The answer came a year later, when the Iran-Contra Affair broke. On November 4, 1986, it was Rafsanjani who told the story of U.S. emissaries presenting a Bible, a revolver and a key-shaped cake to Iran as a friendly gesture to facilitate the release of American hostages in Lebanon in exchange for arms shipments to Tehran. Speaking at the former U.S. embassy in Tehran, Rafsanjani chose the anniversary of the embassy takeover to embarrass the United States.

Subsequent investigations in the U.S. confirmed that the American delegation had met with Rafsanjani and his protégé, current president Hassan Rouhani. As Secretary of State George Shultz put it, the mullahs had taken the U.S. to the cleaners.

It suddenly made sense. A carefully crafted narrative, with crucial input from Rafsanjani himself, had led that congressman and the pundits in Washington to view Rafsanjani as a “moderate.”

For the next three decades, Rafsanjani would remain the darling of those in the West pushing the myth of moderation. The labels changed with the seasons. Whether as a “moderate,” a “reformer” or a “pragmatist,” the wily Rafsanjani packaged himself for consumption by those eager to engage Tehran.

Western policymakers should have known better. When all is said and done, Rafsanjani’s legacy will remain only brutality and belligerence. He was one of the leading figures in shaping a policy of violent repression of political dissidents, and was shockingly successful in convincing Western governments to downplay the abuse and even atrocities.

His ascendance to the presidency in 1989 coincided with public statements in which he called for the killing of Western nationals. Because it was difficult to kill Israelis, he reasoned, Islamists should kill “five Americans or Britons or Frenchmen” in some corner of the world for each Muslim killed in Palestine.

Such commentary only underscored the working relationships that Rafsanjani had long since established with international terrorist groups. In subsequent years, his government would use these relationships to carry out a series of extra-territorial executions of political dissidents in Europe and the Americas, along with terrorist attacks like the 1994 bombing of the Argentine-Israeli Mutual Association building in Buenos Aires and the Khobar Towers bombing in Dhahran, Saudi Arabia.

His authorization of the extermination of political dissidents, specifically the Mujahedin-e Khalq (MEK), is undisputed. Just a few years before Rafsanjani’s secret Iran-Contra dealings became public, he gave a sermon, quoted by state media, saying: “Divine law defines four sentences for [dissidents] which must be carried out: 1. Kill them, 2. Hang them, 3. Cut off their arms and legs, 4. Banish them…”

My older brother, Hossein, a U.S.-educated aerospace engineer from Northrop University in Inglewood, California, was one of the thousands of those executed dissidents. He was 29.

In 1988, Khomeini sought Rafsanjani’s advice in preparing a fatwa calling for the execution of anyone who remained sympathetic to groups opposing the theocratic system. By the end of that fall, some 30,000 political prisoners had been massacred, most of them MEK activists.

If even a drop of that blood was on the hands of soon-to-be President Rafsanjani, it should have been enough to expose the “moderate” label as ludicrous. Rafsanjani’s first priority was to keep the Islamic theocracy in power. He was a stalwart of the Iranian regime, always second in command, and certainly never the dissenter as some foreign observers portrayed him.

Rafsanjani’s death is significant; he was an irreplaceable figure in the clerical regime’s establishment. With some in the West still eager to see the economic benefits of the post-nuclear deal, his absence is bound to undermine the status quo.

Commenting on Rafsanjani’s death, the National Council of Resistance of Iran’s President-elect Maryam Rajavi said, “One of the two pillars, key to the equilibrium of the religious fascism ruling Iran, has collapsed and the regime in its entirety is approaching its overthrow.”

For three decades, the search for “moderates,” “pragmatists” and “reformers” inside the regime has had the same result: disappointment. The consequences have hurt Western nations and, more severely, the Iranian nation. The people of Iran could never afford to cling to the fantasies of the West. In the wake of Rafsanjani’s death, they deserve the reality of a better future. After a three-decade delay, the international community at least owes them a reality check.