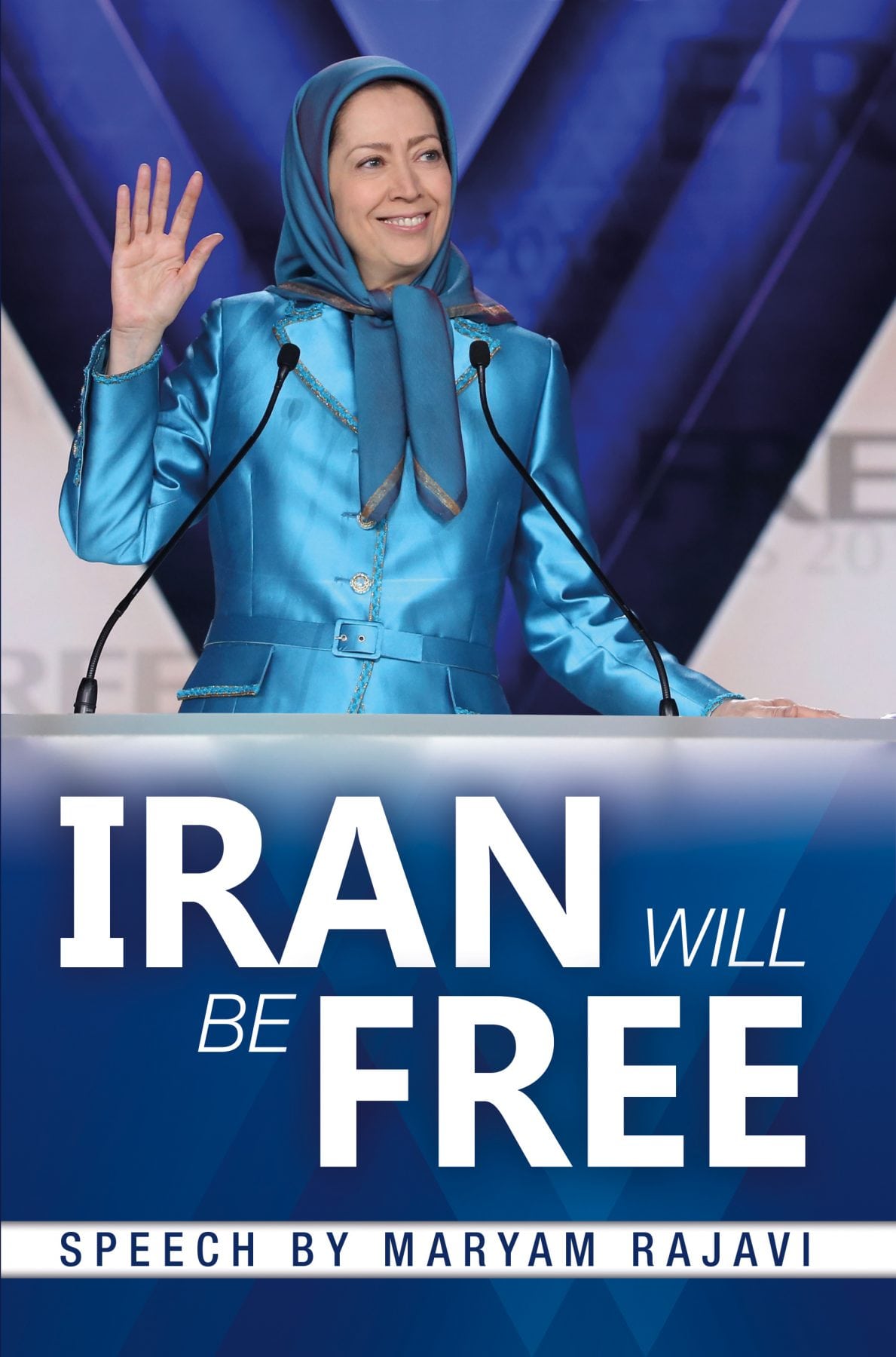 Iran Will Be Free

Buy it on Amazon Here

Buy it on Barnes and Noble Here

This manuscript contains delivered keynote speech by Mrs. Maryam Rajavi, the president-elect of the National Council of Resistance of Iran. On June 30, 2018, the Iranian Resistance’s grand gathering was held in Villepinte, near Paris, France. Delegations from various countries including prominent politicians, members of parliaments, mayors, elected representatives, and international experts on Iran and the Middle East attended the huge event.

The speakers declared their support for the Iranian people’s uprising and the democratic alternative, the National Council of Resistance of Iran.

Mrs. Rajavi outlined what it takes to free Iran and what her movement is committed to, for achieving that goal, as well as the plan for the future of Iran.

“Indeed, the flames of the protests cannot be extinguished and they will continue to soar without respite, indicating a constantly expanding and deepening uprising.

“The masquerade of ‘moderation’ designed to preserve the regime has now been unmasked. And the regime in its entirety is drowning in the abyss of internal feuds and bickering…

“Today, the brave youth of Iran have completely dedicated themselves to the task of sustaining the uprising.

“I hail the courageous women of Iran, who are leading the way everywhere. I also hail the young people and members of resistance units, who even while in captivity insist on declaring their PMOI identity, which terrifies the regime.”