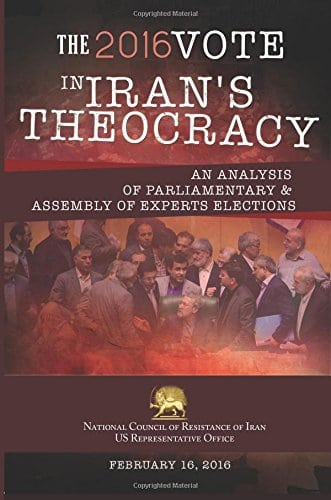 The 2016 Vote in Iran’s Theocracy: An Analysis of Parliamentary and Assembly of Experts Elections

This book examines all the relevant data about the 2016 Assembly of Experts as well as Parliamentary elections ahead of the February 26, 2016 elections date. It looks at the history of such elections since the 1979 revolution and highlights the current intensified infighting among the various factions of the Iranian regime.

The Iranian regime holds elections for the presidency, parliament (Majlis), Assembly of Experts, and municipal councils. Yet this jumbled appearance of a representative government can deceive the western eye. The clerical regime has a contradictory nature, uncharacteristic of any theocracy that has ruled before it: seemingly holding elections while effectively preserving a monopoly of power through the supreme leader. That institution represents the essence of its undemocratic nature.

This book has data charts, tables, and graphs, as well as pictures and analysis of the 2016 elections in Iran.