Our Mission: ‘Freedom, Democracy and Human Rights for Iran’ 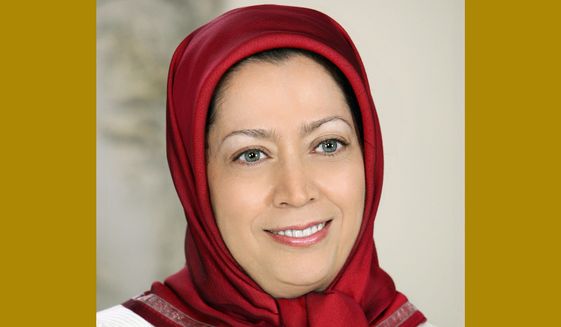 Yes, we do not want anything more than freedom and human rights, which will of course also open the way for us toward development and justice. This will ensure peace and security in Iran and the Middle East; an Iran free of religious fascism, a non-nuclear Iran and an Iran without terrorism and belligerence.

The religious dictatorship is a paper tiger when it comes to facing off with the Iranian Resistance. And its fate is no different from the fate of the Shah’s dictatorship. This is the verdict of history and the yearning of the people of Iran.

Our Pledge: ‘To resist and fight until victory’

Excerpts from the video message of Mrs. Maryam Rajavi, the President-elect of the National Council of Resistance of Iran at the March in Solidarity with the Uprising and the Iranian Resistance for Regime Change. June 21, 2019, Washington, D.C.

To fend off the people’s fury for 40 years, the murderous mullahs have pointed their fingers at the U.S. as the enemy. But we were not deceived.

Now, the people of Iran cry out in every street and alley that “our enemy is right here; the mullahs lie when they say America is the enemy.”

The absurd comments made by the mullahs and their foreign minister about the so-called “B Team” in the United States was a bid to hide their own “Bomb team”: From developing a nuclear bomb to bombing plots in Albania and France, to bombings and planting of mines on oil tankers in the Persian Gulf, to the explosions, drones and missile attacks on Saudi Arabia and targeting of the U.S. Embassy in Baghdad, the evidence is clear.

When the mullahs are not held accountable and do not pay a price for their actions, they become more emboldened and intensify their belligerence. Launching Katyusha missiles in Mosul and Basra and the missile attack against a U.S. drone are very telling examples of this fact.

For the past 40 years, the regime has persistently waged wars against the people of Iran and the world. Still, regime apologists and those who benefit from its continued rule feign concern for war. They use this as a pretext to dissuade the world from adopting any form of decisiveness, and instead urge appeasement of the ruling murderers in Iran.

The main victims, however, are the people of Iran. The experience of the past 40 years has demonstrated that the mullahs’ theocratic regime is incapable of any reform or change of behavior. Indeed, as a (Persian) saying goes, “a viper will never give birth to a dove.”

Khamenei says that change in the regime’s behavior is tantamount to regime change.

Consider the American Declaration of Independence. The question before George Washington, Thomas Jefferson, Benjamin Franklin and their comrades and supporters was the same. And, similarly, our answer is the same: To resist and fight until victory.

Three months ago, for the first time in the past 70 years, the President of the United States in his Nowruz (Persian New Year) message to the people of Iran attested to the fact that: “The Iranian people desire to reclaim their country’s proud history, expressive culture, and rightful place on the world stage. They deserve a government that is accountable to them and that treats them with dignity and respect.”

Maryam Rajavi: We Will Take Back Iran
Comment
Leading Iranian Dissident Group Sets Up New 'Base' in Albania