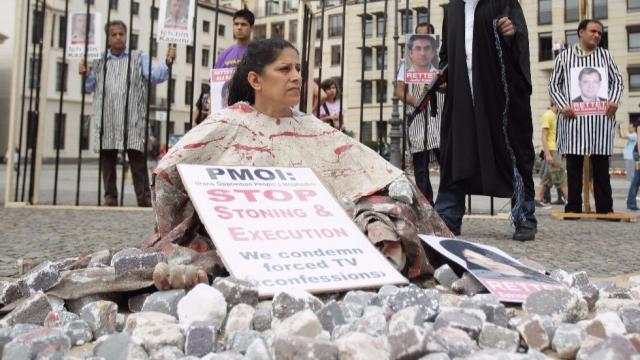 Twice since taking office, President Trump has certified Iran’s compliance with the nuclear agreement, known as the Joint Comprehensive Plan of Action (JCPOA) negotiated by his predecessor in 2015.

The certifications reportedly resulted from advice that the status quo would be better for America’s relationship with its allies, in contrast to campaign-trail promises that Trump would tear up the “worst deal ever negotiated.”

But the most recent certification, in July, was coupled with a White House announcement of a comprehensive review of its Iran policy. That review is apparently coming to an end, and it could hardly happen at a more fitting time.

It is expected that the Trump administration will announce a more assertive policy later this week that allows for proportional responses to provocative gestures, like the ballistic missile tests of the Islamic Revolutionary Guards Corp (IRGC).

The administration has to decide whether or not to certify the JCPOA by the next congressional deadline arriving in mid-October.

Although the Iranian regime’s nuclear weapons program remains fully operational and hidden from the eyes of the international community, President Trump and his foreign policy team should be prepared to counteract Tehran’s policies in multiple areas, including human rights, terrorism, regional aggression and missile development, not just the nuclear sphere.

Any new U.S. policy should focus significant attention on the human rights crisis that has been raging more or less constantly since the Ayatollahs usurped the leadership of a genuine revolution in 1979. If President Trump has that in mind, he should challenge Iran President Hassan Rouhani over these issues.

We have witnessed a full four years of Rouhani’s undermining his “moderate” image with widespread executions and outright support for the hardline policies of the ruling theocracy. He reportedly bowed to Supreme Leader Ali Khamenei on virtually all cabinet appointments for his second term in office, even though they are supposedly the immediate purview of the president.

The most glaring appointment decision was the replacement of the previous justice minister with a man guilty of identical crimes.

Serious domestic and international pressure forced the ouster of Mostafa Pourmohammadi, who headed the Justice Ministry throughout Rouhani’s first term and was one of four members of the Tehran “death commission,” responsible for a massacre in 1988 of an estimated 30,000 political prisoners.

Last year, an audio recording was leaked, featuring Hossein Ali Montazeri, heir-apparent to then-Supreme Leader Ruhollah Khomeini, predicting that Pourmohammadi and others would be condemned by history for their role in the atrocities.

On some level, this has already been proven true, but for the time being, it is also true that none of these individuals is facing consequences.

For his part, Pourmohammadi said he was proud of his role in fulfilling “God’s command” of death for members of the Mujahedin-e Khalq (MEK), the leading pro-democracy opposition group.

Compelled to respond to Pourmohammadi’s infamy, Rouhani shuffled him to another position of influence and replaced him with Alireza Avayi, who had sentenced thousands to hang in Khuzestan province.

Which is why in its upcoming resolution censuring human rights abuses in Iran, the United Nations Third Committee should include language calling for an independent commission of inquiry into the 1988 massacre, with the aim of bringing the perpetrators — who remain in positions of power — to justice.

The reality is that Rouhani neither desires to nor is capable of “moderating” the ruling regime. It is a theocracy built on almost four decades of public executions, amputation sentences and executions of minors.

A new U.S. policy is an opportunity to shape international understanding of Iran’s abysmal human rights record — something that certainly did not happen under the previous U.S. president but also something that has been conspicuously missing from President Trump’s foreign policy.

Perhaps more importantly, it is also an opportunity to reflect the voices of Iran’s people and the activist movement — both domestic and international — that is fighting for regime change.

That movement could be a tremendous asset to any Western policy that is suitably humanitarian in its goals and suitably assertive in its execution.

To his credit, the president acknowledged that, “The entire world understands that the good people of Iran want change.” It remains to be seen if this translates into a U.S. policy with the practical steps needed to make that happen.