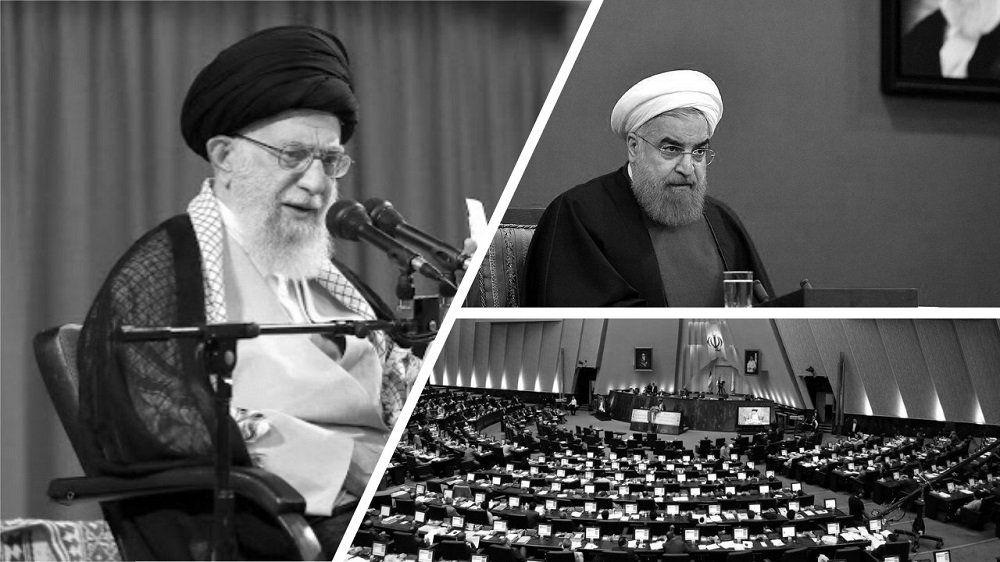 The Iranian regime’s Supreme Leader, Ali Khamenei, poised to establish a unipolar regime, through an unprecedented purge of the rival faction’s parliament candidates, is, at the same time, terrified of the nationwide boycott of the election masquerade.

Yesterday, he assigned Friday prayer leaders to attack his rivals and encourage the people to cast their votes. This is while many regime observers and officials have expressed grave concern over the extremely low turnout.

Ahmad Alam ol-Hoda, Khamenei’s representative in Khorassan, speaking at Mashhad’s Friday prayer congregation, voiced alarm at the regime’s future. “You must stand by the gate of the Majlis (Parliament) and prevent some (deputies) from walking in. Those who diverge from the leader, even slightly, those who do not fully accept the leader, his absolute rule, and deviate from the leader.”

Kazem Sediqi, the Friday prayer of Tehran, said that in his will, Khomeini had appealed “to the people to go to the ballot box. Khamenei has requested that you vote. We want a parliament on par with (Qassem) Soleimani. Deputies who could be trusted. Not sign such [terrible] agreements with foreigners. You should not vote for ministers with criminal records.”

On February 11, the state television broadcast Khomeini’s remarks about the Guardian Council in which he had said, “Whoever says the Guardian Council’s decision is wrong, he would be corrupt. Such a person is corrupt and must be prosecuted as someone who has corrupted the earth.”

Other Friday prayer leaders described the election as “a divine test,” “prayers,” and “more compulsory than prayer and fasting.” They said non-participation would constitute “siding with the enemy and treachery,” and that “if participation were to pass 55 percent, it would have a major impact in increasing national security.”

Mrs. Maryam Rajavi, the President-elect of the National Council of Resistance of Iran (NCRI), underscored that the Iranian people had cast their real vote with their chants of death to Khamenei during the November 2019 and January 2020 uprisings. She added that boycotting the election was a patriotic duty and a bond with the galaxy of martyrs, especially the 1,500 martyrs of the November 2019 uprising. By chanting “death to the principle of the velayat-e faqih (absolute clerical rule,” “death to the oppressor, be it the Shah or the Leader,” the Iranian people made it clear that they seek a future without the Shah or the mullahs, and based on democracy and a republic by the people.