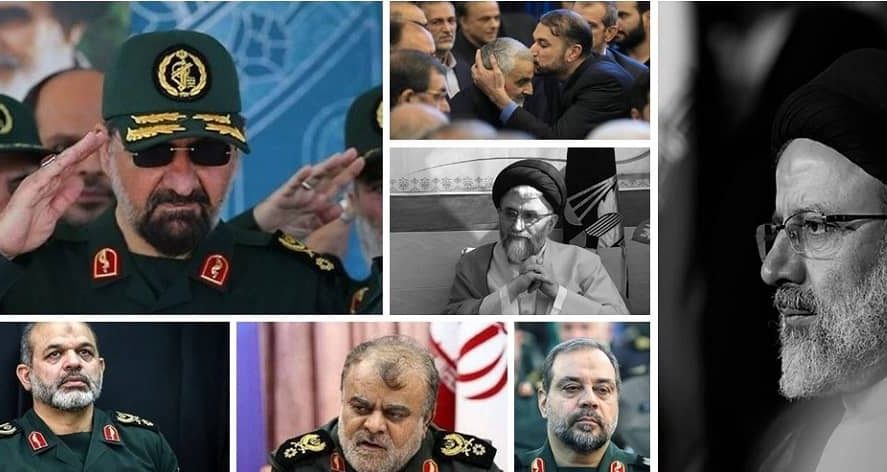 Zolghadr’s appointment stands alongside several other personnel changes in signaling that the Islamic Revolutionary Guard Corps’ control over Iranian affairs has reached new heights. Raisi’s administration has not yet fully taken shape, yet it already features a seemingly unprecedented number of officers from the IRGC or those within the inner circle of Ali Khamenei, the regime’s Supreme Leader.

Several of those figures are also specifically associated with the IRGC’s foreign special operations wing, the Quds Force. Zolghadr himself was a leading IRGC commander during the Iran-Iraq War in the 1980s and helped to establish the Ramazan Garrison as a staging ground for militant operations outside Iran. The structure and operations at that encampment ultimately formed the basis for the creation of the Quds Force in 1988, at which point Ahmad Vahidi became its first commander.

Vahidi now occupies the position of Interior Minister in the Raisi government, and he promises to advance the IRGC’s terrorist and inhumane interests domestically, while other former paramilitary operatives fill that role in foreign policy circles. Vahidi’s background might have set him up to fill a high-profile foreign policy role himself, if not for the complications created by the fact that he is not only subject to Western sanctions but is also one of the targets of an Interpol arrest warrant stemming from his involvement in the 1994 bombing in Buenos Aires, Argentina.

The looming threat of arrest may have barred Vahidi from any position that would require a high degree of international travel, but it should have signaled to Tehran that the international community would be needlessly provoked by his appointment to any high-profile position. Unfortunately, neither the European Union nor any other major world power has given the regime much reason to believe that it will face consequences for actions that justify or promote the regime’s former terrorism, human rights violations, or other malign activities.

National Council of Resistance of Iran issued a statement in August which described Raisi’s appointment of Vahidi and other “criminals” as a further sign that “impunity reigns supreme” in Iran under the mullahs’ regime. This was underlined in a statement by the secretary general of Amnesty International, which said Tehran’s impunity was underscored by the fact that “Ebrahim Raisi has risen to the presidency instead of being investigated for the crimes against humanity of murder, enforced disappearance, and torture.”

This in turn was a reference to Raisi’s reputation as one of the leading perpetrators of a massacre of political prisoners, which claimed over 30,000 lives in the summer of 1988. Raisi was one of four officials to sit on a “death commission” in Tehran and systematically pass death sentences on anyone who refused to demonstrate fealty to the theocratic system or who affirmed support for the leading democratic opposition group, the People’s Mojahedin Organization of Iran.

In August, the Iranian Resistance hosted a conference to discuss the legacy of the 1988 massacre, and it featured at least two legal scholars who made the case for that crime against humanity to be specifically designated as genocide. Eric David, a Belgian scholar of international law, explained that the killings were evidently motivated by an effort to eliminate adherents to a moderate, apolitical brand of Islam that is at odds with the mullahs’ fundamentalism. Geoffrey Robertson QC, a UK human rights barrister, emphasized that the Genocide Convention effectively obligates the international community to steps aimed at holding perpetrators of such a crime accountable. Despite appeals from these legal scholars, the Iranian Resistance, and various Western policymakers who support the Iranian Resistance movement, the international community has shown little interest in putting pressure on the Raisi administration so far. This has fueled its ongoing efforts to affirm commitment for the sorts of violent crackdowns on dissent, both at home and abroad, that are associated with Raisi, Vahidi, and all other high-profile officials in the new administration.

Those crackdowns are frequently associated with the IRGC, whose central mission is to defend the clerical regime at home and to expand it beyond Iran’s borders. In November 2019, when Raisi was serving as head of the judiciary, the IRGC took the lead in opening fire on many of the protests that made up that month’s nationwide anti-regime uprising. At least 1,500 peaceful demonstrators were killed in this way before thousands of others were arrested and subjected to systematic torture at the hands of Raisi’s judiciary.

The implicit collaboration between the regime’s paramilitary forces and its clerical judges reflects a process of power consolidation which has been going on for a long time, and which appears to have accelerated dramatically in recent years. During the June 2021 sham election, Raisi was hand-picked by Khamenei. His pre-arranged victory came only about 16 months after the expulsion of all candidates of the rival faction from the ballot for the prior sham parliamentary elections.

Khamenei’s multi-step political strategy has helped guarantee that the parliament would effectively act as a rubber stamp for appointments made by Raisi whom he himself chose as his second-in-command. That function has now led to the parliament practically signing off on its own irrelevance by handing more power to the IRGC than ever before.

Baqer Zolghadr’s appointed as secretary of the Expediency Council is the latest and arguably the clearest example of this process. The Council largely serves as a mediator between the government and its clerical officials in the event of policy disputes. Of course, Khamenei remains the ultimate authority in all matters of state and is also largely responsible for the composition of the Expediency Council. Still, a mechanism for dispute resolution allows the regime to give the impression of having democratic features, even if these are easily overridden.

But now, under Zolghadr’s leadership, the Council can be expected to advocate more for the IRGC’s interest. What’s more, the newly appointed speaker of the parliament, Mohammad Baqer Qalibaf, was a top IRGC commander and is sure to advance its priorities at the legislative level, as well.

This goes to show that the heads of all branches of Iranian regime – and even the heads of institutions that straddle two of those branches – are now firmly in the hands of figures whose loyalty to both the supreme leader and the IRGC’s mission are unquestioned. With that make-up, the current government is certain to oversee escalations in any number of malign activities inside Iran, across the broader region, and throughout the world. The international community must be aware of the threat this poses to its own interests and also to the lives of Iranian dissidents and activists. And it should consider taking a more assertive stance with the regime than with its pressure, by expanding economic sanctions, investigating past crimes, and barring Iranian officials from state visits and international gatherings.