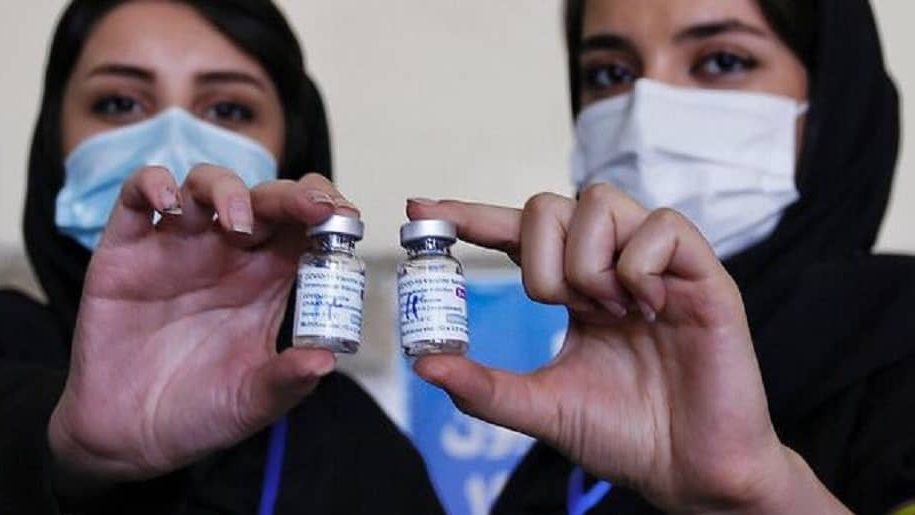 Iran’s Covid-19 death toll is rapidly surpassing 300,000, according to the People’s Mojahedin Organization of Iran (PMOI/MEK). Yet, Iran’s regime continues its inaction and refuses to vaccinate the population. In recent days, state media acknowledged the regime’s vaccination hoax.

“What is bothering is the Health Minister’s hollow promises and his inefficiency,” wrote the state-run Setar-e Sobh on May 27.

“In November 2020, the Health Minister [Saeed Namaki] said he bought 16 million and 800 thousand doses of the Covid-19 vaccine through COVAX/ He then said that in March, six million vaccines were to be procured through one of the countries in the Persian Gulf and come to Iran. But all vanished,” Setar-e Sobh wrote.

“Donors living in Europe planned to donate 150,000 doses of vaccine to Iranians, which the Ministry of Health lost. The promises made by the Minister of Health have not been fulfilled. The question from Saeed Namaki is why he did not fulfill his promises and why he did not buy the vaccine needed to vaccinate people?” Setar-e Sobh added.

The regime’s Supreme Leader Ali Khamenei banned the entry of the credible Covid-19 vaccine in January.

“Importing American and British vaccines to the country is forbidden. I have also told the authorities. If Pfizer can produce a vaccine, why do they want to give it to us? They have mass casualties,” Khamenei said, confirming his intention of using the deadly virus, which he had described as a test and blessing to control the restive society.

Once the national demand for procuring vaccines accelerated, Khamenei, his president Hassan Rouhani and other leading officials of the regime initiated a plan to plunder Iranians further. Rouhani’s government announced it had tasked the “private sector” to import the Covid-19 vaccines at a lower currency exchange rate. These so-called private companies are either linked to the Revolutionary Guards (IRGC) or Khamenei.

One of these companies is the Barkat Pharmaceuticals Holding Company. Barkat’s parent company owns 60.6 percent of the Alborz Investment Group, the second-largest pharmaceutical holding company in the country.

“The government intends to transfer the export of the Covid-19 vaccine to private companies. These companies should purchase vaccines from foreign countries, sell them to people, and profit from it.,” the state-run Aftab-e Yazd daily acknowledged on Wednesday.

“The phenomenon of ‘vaccine hoarding’ is now alongside other criminal titles such as ‘mountain hoarding,’ ‘forest hoarding,’ ‘sea hoarding,’ and other embezzlements. The depth of the crisis happened when these greedy individuals who profit from people’s blood used the lower governmental currency rate to buy and sell real estate, cars, stocks, gold; and by banknote printing and creating inflation; they have increased the price of these properties and assets,” Aftab-e Yazd acknowledged.

As the regime continues its inhumane covid-19 policy and vaccination hoax, more Iranians are dying daily, and state-run media warn of the Covid-19 fifth wave.

“If we want to normalize the situation and not consider the necessary restrictions during the upcoming elections and holidays, it is not too late to face the fifth Covid-19 wave,” wrote the state-run Aftab-e Yazd on Thursday.

As the crisis deepened, the regime is no longer able to use Covid-19 to control Iranian society. Thus, the state-run Setare-e Sob warned officials that “if you cannot do something, why would talk? The day will come when you should answer for the Covid-19 fatalities.”