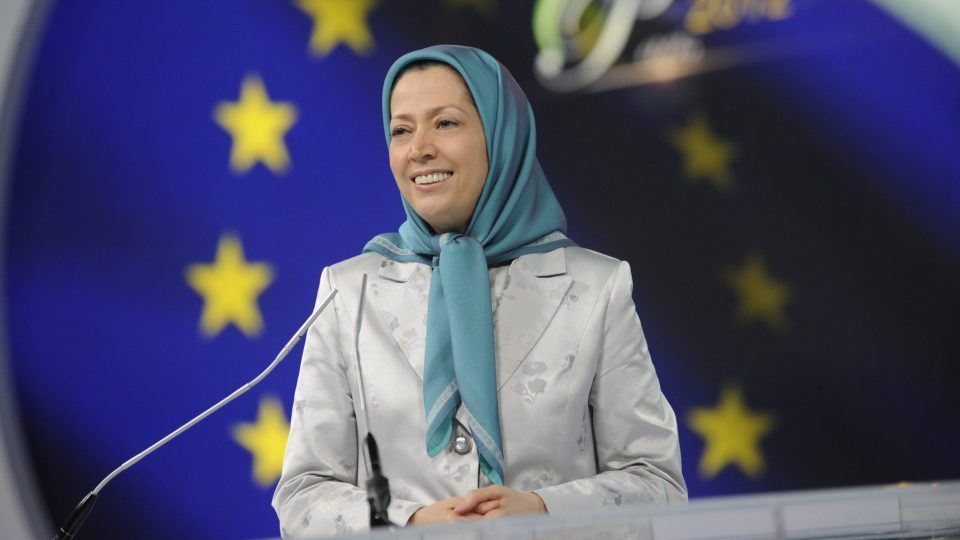 Today (10 November), the National Council of Resistance of Iran hosted an online conference to mark the one-year anniversary of a nationwide uprising against Iran’s clerical regime. The demonstrations comprising that movement took place across at least 191 cities and towns, having erupted spontaneously after the government announced a sharp increase in gasoline prices. But the uprising also lasted only several days before it was fractured by brutal repression, primarily at the hands of the Islamic Revolutionary Guard Corps.

Throughout the past year, the NCRI has been committed to promoting the idea that neither the spontaneity nor the brief duration of November 2019 uprising undermines its significance. Now, on the occasion of its anniversary, the coalition of democratic Resistance is making a new push for global recognition of the possibility that further uprisings will lead to the overthrow of Iran’s current regime.

Toward that end, the NCRI’s latest online conference featured remarks from young supporters in Iranian expatriate communities in the United States, the United Kingdom, France, Germany, and a number of other countries.

Many of those remarks emphasized that the coalition’s youth support within the Iranian diaspora is indicative of its support among the overwhelmingly young population of their Iranian homeland. Many also noted that this was reflected in the composition of last year’s uprising, which was reported led by ‘Resistance units’ associated with the NCRI’s main constituent group, the People’s Mojahedin Organization of Iran (PMOI/MEK).

The MEK’s role in this and other nationwide protests is a major factor in justifying the expectation that further uprisings could lead to regime change. Although the group has long been recognized a major focus of Tehran’s ubiquitous crackdowns on dissent, questions have swirled for years about its capacity for overcoming those crackdowns. And those questions seem to largely derive from Iranian propaganda that portrayed the MEK as a “cult” or disorganized “grouplet”.

That propaganda was finally called into question by none other than Iran’s Supreme Leader Ali Khamenei nearly two years before last November’s uprising. That uprising had been preceded by another, spanning roughly 150 localities, in January 2018. While it was at its peak, Khamenei responded to the earlier uprising with a speech that acknowledged the MEK had played a leading role in planning the demonstrations and popularizing provocative, anti-government slogans.

Those same slogans, including “death to the dictator” re-emerged on the even larger scale of the November 2019 uprising, which proved similar to its predecessor in other ways, as well. Both movements reportedly featured a great deal of demographic diversity, including ethnic and socio-economic groups that had long been assumed to support the clerical regime. Both also featured prominent leadership from young activists and particularly young women.

This latter fact came as little surprise to those who are familiar with the MEK, the NCRI, and their platform of regime change leading to pluralist, democratic governance. Tuesday’s online conference provided a distinct outlet for praise of the “10-point plan” for Iran’s future which has been written by NCRI President Maryam Rajavi, and which features, among other modern democratic principles, a promise of legal safeguards for the rights of women and minorities.

The full catalogue of these principles was celebrated today not just by expatriate members of the Iranian Resistance movement but also by a wide range of political supporters, including lawmakers and former government officials from at least nine European countries, plus the United States and South Africa.

Maryam Rajavi, the President-elect of the National Council of Resistance of Iran, was the keynote speaker. In her remarks, she said: “”The flames of the November 2019 uprising suddenly erupted in upwards of 200 cities in 29 provinces. Courageous protesters attacked the clerical regime in numerous centers and bases of suppression. The world witnessed that the mullahs are just a small minority surrounded by the fire of the Iranian society’s rage and fury.  The uprising in November 2019 was neither indiscriminate nor spontaneous. It was a genuine example of a revolt and a struggle to overthrow the regime. Its driving force were the deprived but aware youths. The uprising in November 2019 was not a fleeting meteoroid. Rather, it was a manifestation of the burning determination that will continue to carry on until the mullahs’ religious dictatorship is overthrown.”

In his remarks at the virtual conference, British MP Matthew Offord credited the NCRI with presenting a “democratic platform for the future of Iran” and “offering the people of Iran a clear choice and a roadmap to establish a secular, free and democratic republic in Iran.” He then went on to argue that this roadmap stands alongside recent developments in the Islamic Republic as a reason why Western governments “must recognize and back this Iranian democratic alternative”.

Ambassador Mitchell Reiss, the Policy Planning Director under the George W. Bush administration said: “This is a regime that fears its own people. Above all, this is a regime that fears the MEK and what it stands for. This is a regime that fears Madame Rajavi especially, and her 10-point plan to bring democracy, true representative government and the rule of law to Iran. Today the MEK is recognized as a legitimate political organization representing a large section of the Iranian population and the leading organization to bring about peaceful change in Iran. The heroic protests we witnessed last year are part of larger trends that are strengthening the opposition and weakening the regime in Tehran. A democratic future for Iran is closer today than before.”

Theresa Payton, White House Chief Information Officer for President George W. Bush, offered several steps that the international community must take to counteract Tehran’s targeting of dissidents abroad and empower the people of Iran at home. She said, “We need a comprehensive strategy across countries and the private sector to enable the citizens of Iran to achieve a free Iran. We need to ensure that the people of Iran can share, in real-time, threats that could have an impact on their anti-regime protests and call for democracy. We must quickly evaluate the effectiveness of diplomatic measures, and set up a threat-hunting team that aggressively searches for malicious activity from the Iranian regime, especially those targeting the opposition. Act. We can’t allow excuses anymore. This is the crisis of our time. If a coalition of international policymakers, technology and citizens act now, the overall future for the people of Iran, and the world, will take a more positive and different course.”

Tuesday’s event was an outlet for substantial optimism on this point. Although it has been a year since the 2019 uprising, many speakers emphasized that that was not the end of the underlying protest movement. Even the deaths of 1,500 protesters and the arrest of 12,000 others did not halt unrest for very long. Anti-governments emerged across multiple provinces, coalescing particularly on university campuses in January. And throughout this year, Iranian officials themselves have been warning about the prospect of new unrest being led by the MEK

The NCRI and its supporters have reasonably observed that as long as the Iranian regime recognizes the potential for new uprisings in the near future, it should be relatively easy European policymakers to do the same. With that in mind, participants in Tuesday’s conference also outlined some of the specific policies that democratic nations might implement in support of the Resistance movement.

The NCRI has long rejected the notion of direct foreign intervention and has maintained that the future of the Iranian nation must be determined by the Iranian people themselves. But the coalition has also argued that targeted economic sanctions and diplomatic isolation of the Iranian regime could help to set the stage for an even more successful uprising by the Iranian people, especially if such pressures are accompanied by formal recognition for the NCRI as a viable alternative to the theocratic dictatorship.