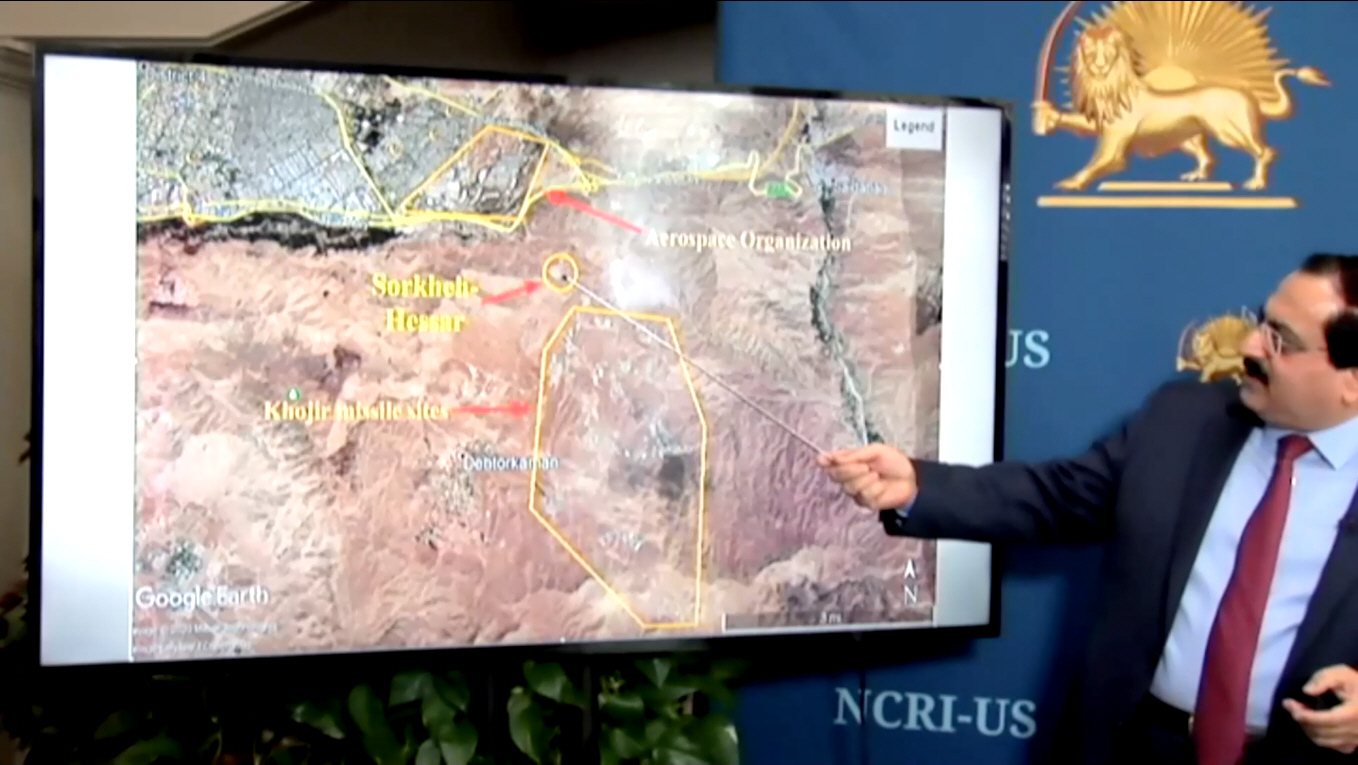 An Iranian opposition group claims that it has revealed a new military site that it thinks is being used by Iran’s government to further its nuclear program.

The National Council of Resistance of Iran held a Friday news conference to discuss its findings. The group, which is banned in Iran and now based out of Europe, said that the new site is located east of Tehran in the Sorkheh Hesar region.

NCRI said that construction began on the new facility back in 2012, and around 2017, groups associated with the Iranian Ministry of Defense’s Organization of Defensive Innovation and Research began moving into the facility. Parts of the SPND have faced U.S. sanctions, and the SPND itself is described by the United States as playing “a central role in the Iranian regime’s past nuclear weapons effort.”

During the Friday news briefing, satellite photos of the alleged nuclear site were displayed. The imagery showed the facility in a remote area located within a closed-off military zone.

“By being located in a military area, it has found an appropriate cover to keep commutes by, and the identities of, the personnel working there a secret,” the resistance group said in Friday news release.

The NCRI also accused the Defense Ministry and the Islamic Revolutionary Guard Corps of illegally and surreptitiously purchasing military-grade sensitive seismometers from Russia.

Alireza Jafarzadeh, deputy director of the National Council of Resistance of Iran’s Washington office, led Friday’s news conference. He told the Washington Examiner after the event that his organization has already shared the data about the alleged new site with U.S. officials and with the International Atomic Energy Agency.

“The IAEA should be provided access to the site immediately before the regime razes the buildings and sanitizes the place,” he said.

When contacted by the Washington Examiner, a spokesman with the IAEA said that it is aware of the reports of the new site, but “in line with standard safeguards practice, the Agency does not comment on such reports.”

“The reason we are confident about our information is because it comes from our sources inside the Iranian regime. These are the sources who have proven accurate in the past,” he said.

Since President Trump pulled the U.S. from the Iran nuclear deal, known as the Joint Comprehensive Plan of Action, in 2018, Iran has continued to expand and build upon its nuclear capabilities. The IAEA in June issued a report that concluded Iran has violated all of the deal’s strictures, including the enrichment and stockpiling of uranium.

Last month, in a speech before the United Nations General Assembly, Israeli Prime Minister Benjamin Netanyahu warned that Iran will have enough nuclear material to produce two atomic bombs in just a matter of months. He also used the speech to rail against the JCPOA.

“Now, Iran has violated even those temporary restrictions,” he continued. “Because of these violations, Iran will have enough enriched uranium in a few months for two nuclear bombs.”

Iran has faced crippling sanctions by the U.S. over its nuclear program, and after withdrawing from the 2015 nuclear deal, the Trump administration launched what it dubbed a “maximum pressure” campaign against the country designed to stifle it into submission through the use of heavy sanctions.

The Washington Examiner reached out to the White House about the report of the new military site and was directed to the State Department, which did not immediately respond to a request for comment.