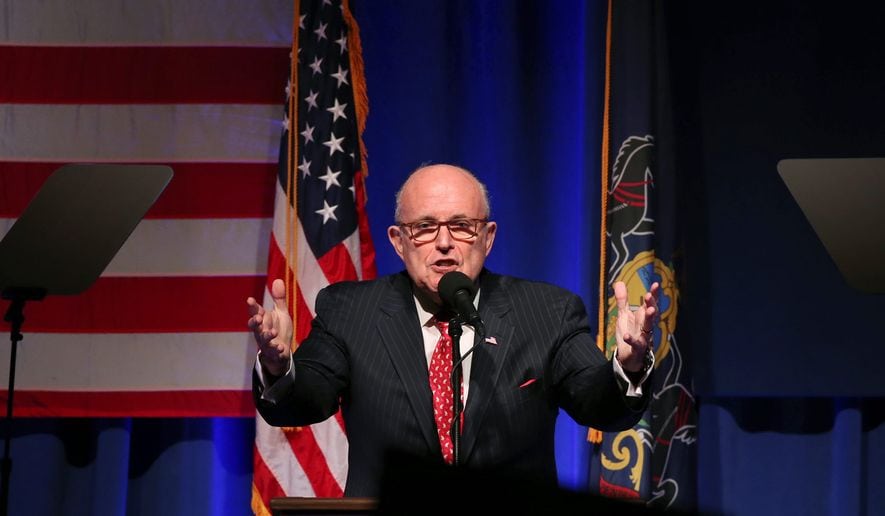 Iranian-Americans who want “regime change” in Tehran are holding a major conference in the District of Columbia this weekend to support the protests that have arisen inside Iran against the Islamic Republic’s hard-line government in recent months.

While Mr. Trump publicly pledged “great support” for protesters who took to the streets there in January, Washingtoncould and should do more to formally “recognize the Iranian opposition,” said Shirin Nariman, a spokeswoman for the Organization of Iranian American Communities.

The OIAC is a grass-roots arm of the National Council of Resistance of Iran, an exile Iranian dissident group that has long called for a new government in Tehran and criticized the Islamic Republic’s human rights record. It says more than 1,000 Iranians from across the U.S. will be on hand for Saturday’s conference at the Grand Hyatt Hotel just a few blocks from the White House.

Delegates “representing Iranian-American communities from 40 states … will voice support for the continuing protests and the uprising that erupted in 142 cities across [Iran], and for a free, democratic, secular, and non-nuclear republic in Iran,” the group said in a statement.

Organizers noted the event comes just before President Trump faces a momentous May 12 deadline to decide whether to pull Washington out of the Obama-era Iranian nuclear accord that saw the U.S., Britain, France, Germany, Russia and China ease sanctions on Tehran in exchange for limits to its nuclear program.

“It is important for the public to know what Iranian-American communities think of the deal,” the organizers said.

Ms. Nariman told The Washington Times her organization “believe[s] a new policy should be made toward Iran.”

“Obviously, the appeasing policy is not the right choice, and also we are against war,” she said. “We instead advocate for a U.S. policy in support democracy movements inside Iran. We see that as the only viable agent of change.”

It’s a message trumpeted by the National Council of Resistance of Iran, a Paris-based organization, which also has a U.S. branch. While the NCRI has deep sources in Iran and is credited with exposing secretive Iranian nuclear facilities back in the early 2000s, the group has had at times a contentious relationship with successive U.S. administrations.

A core arm of NCRI is the People’s Mujahedeen Organization of Iran, known as the MEK, which has drawn scrutiny because the State Department listed it as a terrorist organization until 2012. But many prominent U.S. politicians from both sides of the aisle have long spoken out in support of the NCRI and the MEK, claiming the latter was wrongly put on the terror list.

One of the organization’s prominent supporters in Washington has been John R. Bolton, President Trump’s new national security adviser, a sign, many in the NCRI say, that their ideas and agenda are once again getting a fair hearing in Washington.

Mr. Bolton told The Times after speaking at a 2014 NCRI rally in France that “it ought to be U.S. policy to overthrow the regime in Tehran.”