Iran Is a Powder Keg; Protests Are Surging, Expanding; Regime Is Weakening 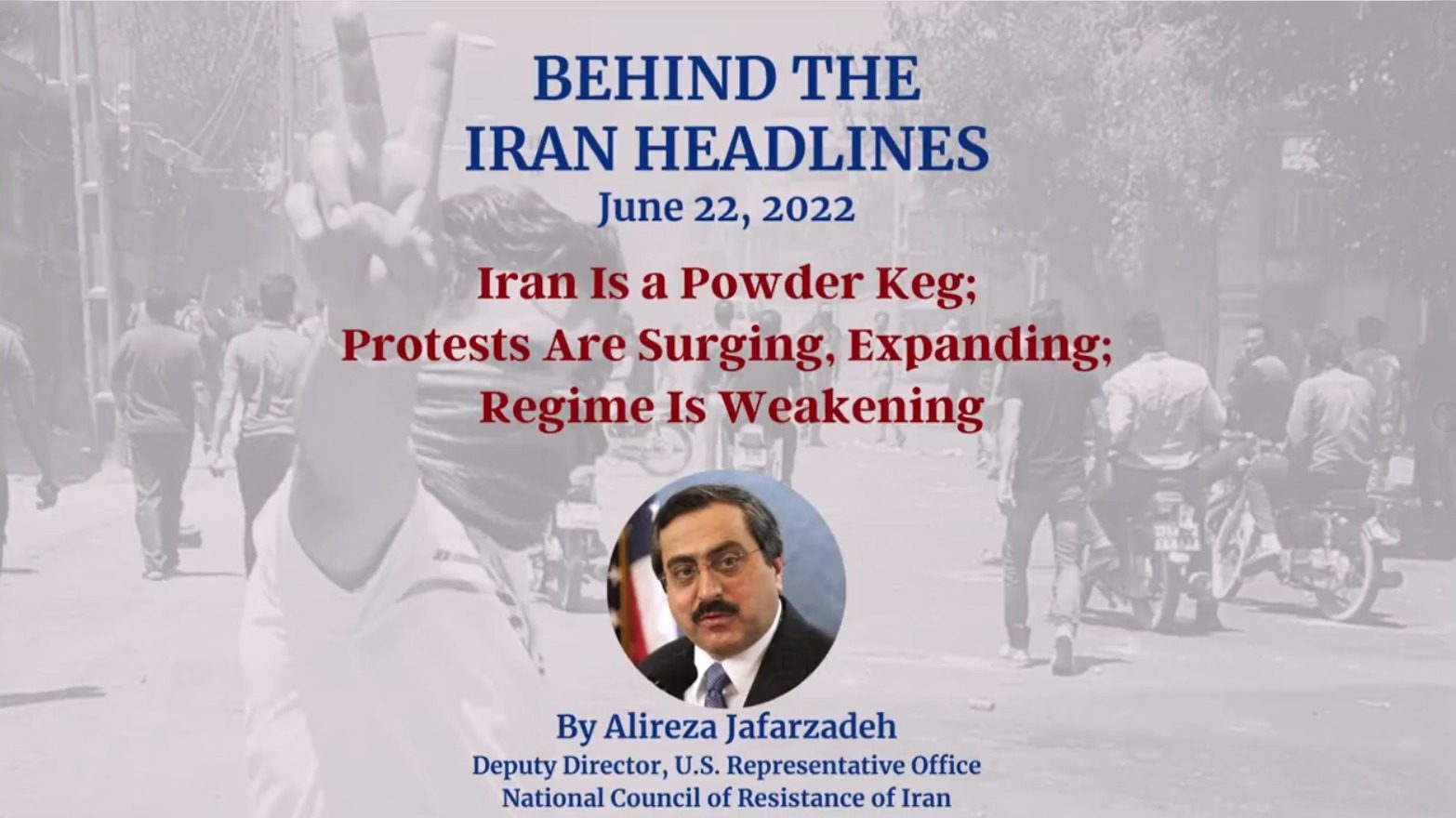 Iran today is a powder keg, where anything, from a sudden rise in the price of food staples to the collapse of a building or an environmental disaster, could trigger a revolt.

The stunning rapid escalation of recent protests to ferocious, fearless anti-regime revolt reveals the theocratic regime is in an increasingly fragile state. Iran’s society is simmering with rage and desire for regime change.

Battered by a series of nationwide uprisings since 2017, institutionalized corruption, and a bankrupt economy, Khamenei and his regime are trying in vain to prevent the seismic shift they know is coming.

In between major uprisings, daily protests by various sectors such as workers, teachers, pensioners, and truck drivers are happening throughout Iran.

Since late 2017, protests slogans such as “Hard-liners, reformers, the game is now over,” “Death to the dictator, death to Khamenei,” “down with Velayat-e Faqih System,” “Death to oppressors, be it the Shah, or the (regime’s) leader (Khamenei),” and “Our enemy is right here; they lie when they say it is America,” have been among the most defining aspects of the movement for regime-change in Iran.

Despite the savage crackdown of protests, ordered by Khamenei and carried out by the IRGC, Basij, and other repressive organs, Iranians keep coming back to the streets to confront the regime.

Because they fully understand that real substantive change and any prospect for a better future would only materialize when the ruling theocracy is toppled.

Indeed, the barbaric suppression has failed to quell the populace, rather it has further fueled their determination for change and to get organized.

Since 2017, the protests have clearly evolved in focus, organization, and political objective, mainly due to the expansion of the network of Resistance Units across Iran, affiliated with Iran’s largest and most organized opposition group, the MEK.

With every round of protests, the MEK network of Resistance Units has grown by absorbing new members from all walks of life. With every round, more protesters learn that to achieve fundamental change, they have to get organized and then organize others.

In short, the regime-ending tsunami of revolts and uprisings is on the horizon. Even installing the mass murderer Ebrahim Raisi at the helm has not helped prevent the protests. Khamenei is only grasping at straws, and he knows it!