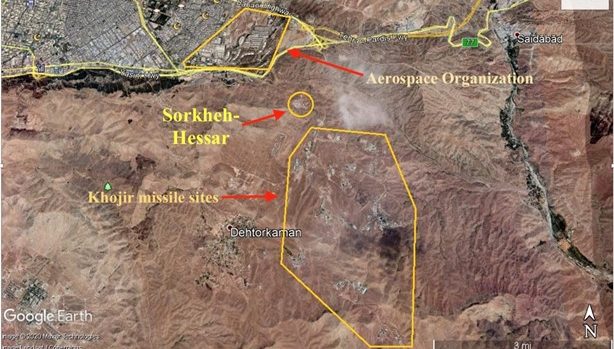 When it comes to America’s policy on the Iranian nuclear issue, it is not the intentions that matter; it is the factual results that should motivate sober judgment. Recently, it was revealed yet again that the Iran deal did not prevent the mullahs’ from actively pursuing nuclear weapons. In fact, the regime has reneged on its commitments in the 2015 deal and is expanding clandestine enterprises.

On October 16, 2020, the main opposition coalition, the National Council of Resistance of Iran (NCRI), which was the first party to expose the regime’s clandestine program back in 2002, held its latest press conference about the dossier. It revealed hitherto undetected nuclear activity by the regime, making it palpably clear that Tehran’s quest for the bomb has not stalled.

The top-secret intelligence was obtained from inside the Iranian regime. It indicated the existence of one new site, and the role of the Islamic Revolutionary Guard Corps (IRGC) in another, which was dismantled to avoid having inspectors from the International Atomic Energy Agency (IAEA) from finding nuclear material traces there.

The regime’s Organization of Defensive Innovation and Research (known by its Farsi acronym “SPND”) is the main enterprise tasked with building nuclear weapons, under the control of the Ministry of Defense. The key finding of the recent revelation is that SPND is ramping up its clandestine activities. And, the structure and the personnel of SPND remain intact and parts of the institution have now been expanded. Brig. Gen. Mohsen Fakhrizadeh Mahabadi remains in place as the head of SPND. It is obvious that nothing has meaningfully changed since the signing of the nuclear deal, except more deception and cheating by the ruling clerics.

Supporters of that deal will argue that Tehran rehabilitated its program as a result of the May 2018 U.S. withdrawal from the deal, formally known as the Joint Comprehensive Plan of Action (JCPOA). But the regime’s clandestine activities were continuing even when Washington was still in the deal. In April 2017, the NCRI revealed similar goings-on in a center known as Research Academy in the Parchin complex, southeast of Tehran.

The new intelligence shows that the construction of the new SPND site started in 2012 and took several years to complete. In 2017, some areas of SPND, including the geophysics section, known as the Chamran Group, gradually moved into the new site. It is located in a military district, giving SPND a suitable cover to maintain its activities while keeping the identities of personnel secret.

A second SPND site is called the Marivan Site and is located near the town of Abadeh, in Fars province. This site was built some two decades ago, under the supervision of Ali Shamkhani, then defense minister who is now the Secretary-General of the Supreme National Security Council, and the top military advisor to the Supreme Leader Ali Khamenei.

This second site is completely controlled by the Islamic Revolutionary Guard Corps (IRGC) and is completely restricted to local civilians. It is linked with the activities of the “Center for Research and Expansion of Technologies on Explosions and Impact (METFAZ),” a SPND subsidiary involved in the building of nuclear weapons.

Once the IRGC became aware that this site had been exposed, it destroyed all its facilities in July 2019, because they could have proven the existence of traces of nuclear-related material.

So, what does all this mean?

It should have been clear to western interlocutors that the JCPOA and the accompanying suspension of the six UN Security Council resolutions against the regime would not close Tehran’s path toward a bomb. If the international community had adopted a firmer policy, the regime would have been forced to demolish the entire infrastructure.

Now, the mullahs need the bomb more than ever before. With persistent and widening protests inside Iran and further isolation of the regime in the Middle East, the mullahs see nuclear weapons as their best chance for survival.

It would be wholly naïve to imagine that by doling out more concessions or overlooking violations, the regime would find it in its heart to suddenly alter its behavior. In the short term, the re-institution of the six UN Security Council resolutions is an indispensable step toward preventing a nuclear Iran. At the same time, Europe should join the United States in elevating other forms of pressure on Tehran.

Lastly, as a long-term strategy, America should stand with the Iranian people, recognize their struggle to topple the mullahs, and put the spotlight on the regime’s human rights violations. It should also set the international judicial stage to hold the regime’s criminal leaders to account for their crimes against humanity. That’s the way to deter, contain, and ultimately remove the Iranian regime’s threat to global peace and security.

Soona Samsami is the Representative in the United States for the National Council of Resistance of Iran.