MENUMENU
Articles > Iran: An Overview of the Uprising

Iran: An Overview of the Uprising 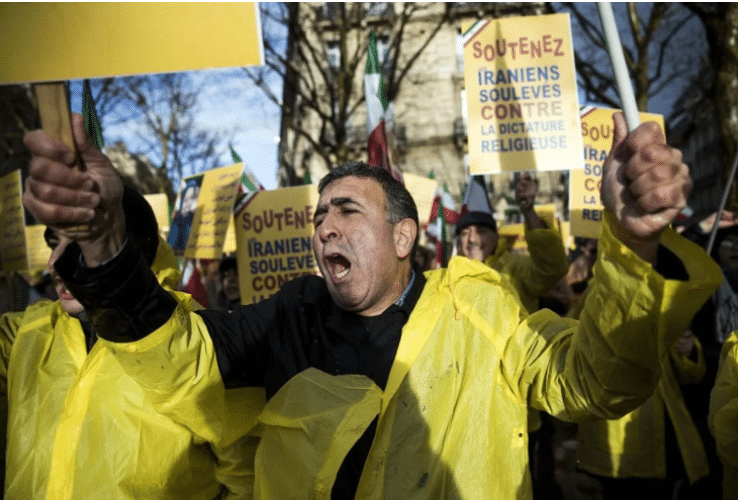 Just a few months after protests erupted in Iran, Professor Ivan Sascha Sheehan of the University of Maryland published a comprehensive report and analysis of the uprising that made global headlines around the New Year. The arguments he makes in “The Rebellion in Iran: A Comprehensive Assessment” and summarized here explain the demonstrations and examine their repercussions for Iran’s future.

On December 29th, 2017, a wave of mass protests against the Khamenei regime erupted, spreading to 142 cities in all 31 provinces. Sheehan states that “The span and rapid expansion of the protests was quite remarkable,” as demonstrations exploded beyond small localities to encompass the vast majority of the nation. The uprisings were not isolated incidents, but a continuation of the 2009 protests that gave voice to the Iranian people’s profound anti-regime sentiments.

The first series of protests erupted in the eastern city of Mashhad in response to rising food prices and a projected increase in fuel prices. These demonstrations developed swiftly, as citizens across the country took to the streets to protest issues that had distinct social and political elements. However, the discontent towards the regime was not spontaneous, Sheehan notes, but “the culmination of the regime’s failures in several key areas over the years.”

Despite the unfreezing of billions of dollars of funds and assets as a result of the nuclear deal, inflation rates are still in the double-digits, while unemployment rates remain at a staggering level. Unemployment as a high as 50% in smaller cities fueled the pivotal role youth played in these protests. Demonstrators expressed resentment towards the elite for the widespread nepotism. The educated cannot find high-paying jobs because they have all been secured by individuals with social and political connections.

Another grievance was the state support and funding for extremist organizations and foreign wars abroad, which have taken a toll on the domestic economy and the welfare of the public.  According to reports, Iran’s total health care budget for 2018 is $16.3 billion, which is a third of its total war budget.

Corruption and an absence of financial security in the banking system proved to be the boiling point. In the last five years, major financial institutions affiliated with the Islamic Revolutionary Guards Corps (IRGC) have failed. Millions of Iranians lost their investments and savings after being lured into investing in institutions owned by religious entities, IRGC-affiliated elites, and the government. Deposit funds that should have been used solely for investment were instead gambled away in Ponzi schemes. Some of these funds were even allocated to the regime’s financial reserves for  government spending.

The characteristics and features of the December/January uprisings appear distinctly different from the uprisings in 2009. The majority of the population involved in this year’s protests were from poor and lower-class backgrounds, while those in the 2009 protests were mainly from the middle-class and Tehran intellectuals. Previously, the regime boasted of its support among the lower-class due to their pivotal role in the overthrow of the Shah in 1979. Today, that support has evaporated, due to the regime’s failure in executing policies benefitting them. The widespread discontent of the working class deals a massive blow to the regime, as the people unite as one against it.

Social media was key in the organization of the protests. Users across the country received live updates and protest locations via apps such as Telegram. The People’s Mojahedin Organization of Iran (PMOI), also known as the Mujahedeen-e- Khalq (MEK), played an important role in the dissemination of information. As unrest broke out in city after city, the MEK network was the first to send live uncensored reports from the protest scenes.

As in 2009, writes Sheehan, Tehran sought to squash the protests “ with brutality.” According to official figures from the regime, there were only 4,972 arrests. According to our reports, at least 8,000 protesters have been arrested and over 50 killed, including at least 14 individuals tortured to death in captivity.

Tehran has proven incapable of solving critical social, economic, and political problems. The crackdown on social unrest has further aggravated the people, while the jailing of thousands has left no room for doubt about the possibility of more protests. Sheehan expresses this sentiment in his analysis, writing that “the protests were not a short-lived phenomenon with temporary impact. Rather, they marked a turning point and permanent change in the trend of events and political calculations in Iran.” Sadegh Zibakalam, an analyst close to the Rouhani faction, warned, “I am fearful that in the next round… there is no way to contain these people. If this happens, this fire will burn all of us together.”

John Bolton's Arrival Could Mean An Overdue Turn On Iran
Comment
No End in Sight: A New Wave of Protests