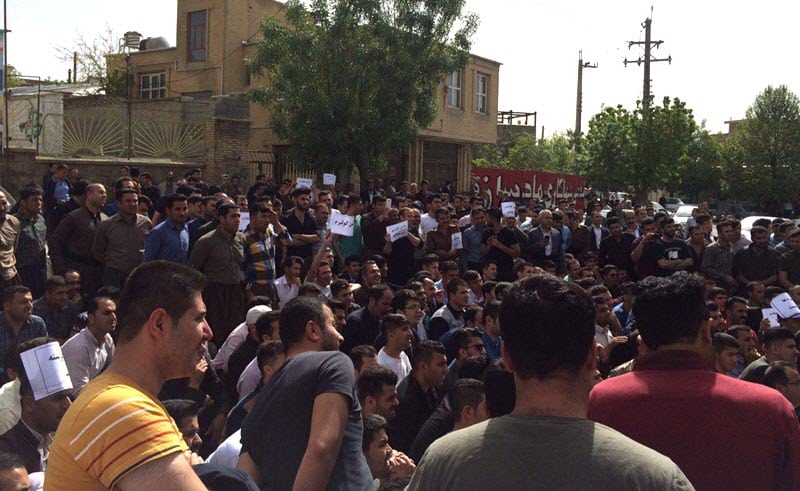 A number of different activist movements have been steadily gaining traction in spite of the clerical regime’s well-known history of repression.

In late December images of a woman named Vida Movahed spread throughout Iran’s social media networks, spurring a women’s rights movement known as “The Girls of Revolution Street.” Dozens of women have reportedly emulated her protest since that time, by removing their legally required headscarves and holding them over their heads in public places as banners of resistance.

Further highlighting the regime’s paranoia, in January the Iranian security forces rounded up a number of environmental activists, accusing them of espionage in a naked attempt to distract from the government’s habitual mismanagement of national resources. Rather than being proactive in addressing this issue, the regime has suppressed any attempt at dialogue and even taken violent measures to stem protests.

The January arrests set the stage for the kidnapping and murder of Kavous Seyed-Emami, an Iranian-Canadian university professor and co-founder of the Persian Wildlife Heritage Foundation, who died under dubious circumstances while under custody of the regime.

The leading Iranian opposition group, the National Council of Resistance of Iran (NCRI), has been tracking such incidents and has determined that at least 16 people have likely been tortured to death in Iranian prisons since January, specifically for their participation in mass protests that spanned the entire country that month.

The December and January uprising and its chants of “death to the dictator” were the culmination of thousands of diffuse protests that had taken place in the preceding months. Some focused on women’s rights and environmental issues, while others protested for the release of political prisoners and payment of weeks or even months of outstanding government wages. All of these movements are parts of a single tapestry of Iranian resistance, which has become more closely interwoven with every demonstration.

The supreme leader himself, Ayatollah Ali Khamenei, has credited The People’s Mojahedin Organization of Iran (PMOI/MEK) with spurring these groups into united activism. Rural areas, which are normally loyal to the regime, have been the some of the most proactive in igniting recent protests. This is a sign that even the core of the regime’s support is steadily eroding as the regime continues to mismanage domestic policy.

The sustainability of these demonstrations was further proven last Sunday as protests erupted in the rural regions of Kazerun, Isfahan, and Ahvaz. The protests mainly centered on the core issues effecting rural Iranians, which include water rights and the regime’s failure to provide proper rural health service. The clerical regime reacted as excepted, arresting the peaceful demonstrators, and violently attacking farmers and young dissidents. In Isfahan authorities went as far as destroying farm houses and the farmers’ belongings. The protests continued for days despite the regime’s crackdown.

Whether affiliated with the MEK directly or just by virtue of the recent collective action, each individual Iranian activist movement now represents a potential energy source for an extension of the January uprising.

Of course, each individual activist movement will now face increased scrutiny from the regime, and each individual member of these movements is at risk of suffering a similar fate to the 16 fatally tortured activists from the past three months. It is imperative for the international community to closely monitor the situation in the Islamic Republic and stand ready to retaliate with united international pressure in the likely event of further human rights abuses aimed at silencing Iran’s restive population.

Such interventions are the essential responsibility of the United Nations and its leading member states. At the same time, when the international community shows its support in this way, it will help strengthen the activist unity that is promises a new, democratic future for the people of Iran.