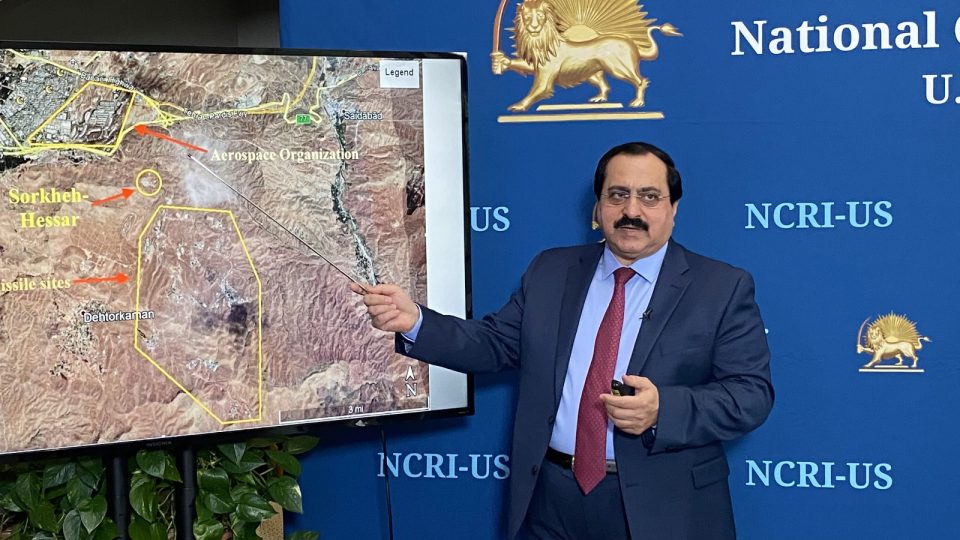 Originally published in the Washington Times by Lauren Toms, October 18, 2020

Iran has developed a new nuclear bomb-making facility, potentially adding a heightened level of fuel to skyrocketing tensions between the U.S. and Iran, according to an exiled dissident group which has exposed parts of Tehran’s covert nuclear infrastructure in the past.

Citing what it said were sources within the Iranian government, the National Council of Resistance of Iran(NCRI), a French- and Albanian-based group that advocates for the overthrow of Iran’s government, said Friday it had uncovered details of a previously unknown weapons development facility in the northeast region of Sorkheh-Hesar.

“New information received from sources within the Iranian regime reveals that a new center has been built to continue its work for the weaponization of the Iranian regime’s nuclear program,” said Alireza Jafarzadeh, deputy director of the NCRI-U.S. Representative Office.

The claims could not be verified independently, but Iran’s Islamic regime has taken measured steps to exceed limits imposed in the 2015 Iran nuclear deal after President Trump renounced the deal in 2018 and moved to reinstate economic sanctions on Iran and its trading partners.

The exile group, which was once on the U.S. list of official terrorist groups but now has supporters high in the U.S. government, says it has sources inside the Iranian nuclear bureaucracy that supply information Western intelligence sources cannot get. Most notably, the NCRI revealed in August 2002 the existence of two major covert sites at Natanz and Arak that exposed for the first time the extend of Tehran’s effort to develop a nuclear capability.

Mr. Jafarzadeh said that the exact location of the new site is on Damavand Highway, east of Tehran, just over a mile into the exit road to Sorkheh-Hesar where a military-style checkpoint stands before the facility.

Mr. Jafarzadeh told The Washington Times that his groups believes the newest facility is fully operational and is controlled by Iran’s shadowy Organization of Defensive Innovation and Research, also known by its Farsi acronym SPND. The U.S. last year imposed sanctions on 14 people and 17 entities connected to the research agency.

According to the dissident group, the site also conducts work related to underground nuclear testing, focused on “preliminary explosions to build nuclear weapons and record results by seismometers.”

It also claimed that Iran “engaged in the secret and illicit purchase of military-grade sensitive seismometers from Russia.”

The weapons center will likely open the door to Iran’s Ministry of Defense obtaining some of the last capabilities needed to build a nuclear weapon, the organization said. U.S. and regional officials have expressed concern that Iran’s recent nuclear moves bring it closer to the breakout point where it could develop and deploy a nuclear bomb.

Satellite imagery, obtained by NCRI and displayed Friday, appears to show that the facility was built near other weapons-development centers including Khojir. Khojir, the largest complex manufacturing ballistic missiles for two missile development companies and the command headquarters of Iran’s military aerospace branch, was the site of a still-murky explosion in June that Iranian officials blamed on a gas leak but which was widely believed to be an Israeli missile strike.

“Tehran has built its new site for SPND in the area of the complexes involved in building missiles, which would also provide a safe cover for its nuclear activities,” Mr. Jafarzadeh said.

“What we have found out is that this site and the area surrounding it is completely controlled by the IRGC,” he added. “Locals are not allowed in the area.”

The State Department, which with the Treasury Department has led the way on imposing sanctions on Iran and pressuring other countries to break commercial ties, has yet to confirm the group’s allegations.

The Trump administration earlier this month announced a sweeping new round of sanctions on Iran, a financial blockade that cuts off virtually all of the few remaining Iranian lenders able to work with international banks to finance deals. Critics say the move could spark a cutoff of humanitarian aid at time when Iran is dealing with one of deadliest outbreak of COVID-19 in the Middle East.

But U.S. allies and adversaries alike largely ignored a Trump administration push to “snap back” trade bans and a weapons embargo set to be lifted under terms of the 2015 Iran nuclear deal.

Although the group did not provide extensive evidence that nuclear activity was being conducted at the new facility, Mr. Jafarzadeh argued that the 2015 nuclear has failed to constrain Tehran.

“Our revelation today once again proves the fact that the [nuclear deal] did not prevent the mullahs’ activities to acquire nuclear weapons and even the regime has reneged on its commitments stipulated” in the agreement, the group said.