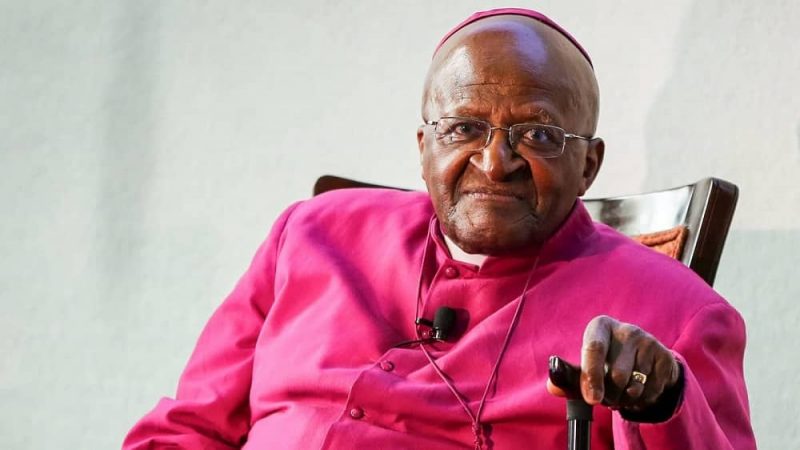 Archbishop Desmond Tutu, South Africa’s “moral compass,” and the anti-apartheid leader, passed away on December 26. He was also a Nobel Peace Prize laureate, who sacrificed years of his life struggling against the apartheid regime.

“The passing of Archbishop Emeritus Desmond Tutu is another chapter of bereavement in our nation’s farewell to a generation of outstanding South Africans who have bequeathed us a liberated South Africa,” said South African’s President Cyril Ramaphosa in a statement.

Archbishop Tutu always promoted human rights and stood up for values such as peace throughout his life. Due to his background and the values he cherished, Archbishop Tutu stood by the Iranian people and their Resistance in the most difficult times.

He particularly supported members of the Iranian Resistance who were under attack in Camp Ashraf, Iraq by Iran’s puppet government in Baghdad.

“I join the UNHCR, EU, other countries around the world and human rights organizations and personalities the deplore strongly the Iraqi forces’ violent attacks against the defenseless and unarmed residents of Camp Ashraf on April 8th, 2011, which left 35 residents killed and hundreds of others wounded,” read the statement by Archbishop Tutu following the Iraqi forces’ attack on Camp Ashraf’s residents in 2011.

In 2010, Archbishop Tutu sent a message to the Iranian Resistance annual “Free Iran” rally and prayed that the “light of human rights, human dignity and human justice … shine brightly on all the nations.”

“In Iran today that struggle for human rights and dignity has re-awakened.  In spite of great dangers, the Iranian people are telling their leaders and the world that they want to re-establish their rightful place as those who believe in and stand for human rights, justice and peace,” his message read.

Archbishop Tutu had also condemned the Iranian regime’s violence against Iranian protesters during the 2009 uprising.

Archbishop Tutu was “never afraid to speak truth to power, whatever its creed or color,” wrote the French News Agency.

The Iranian Resistance and people lost a great friend and offers its sincere condolences to his family and loved ones.