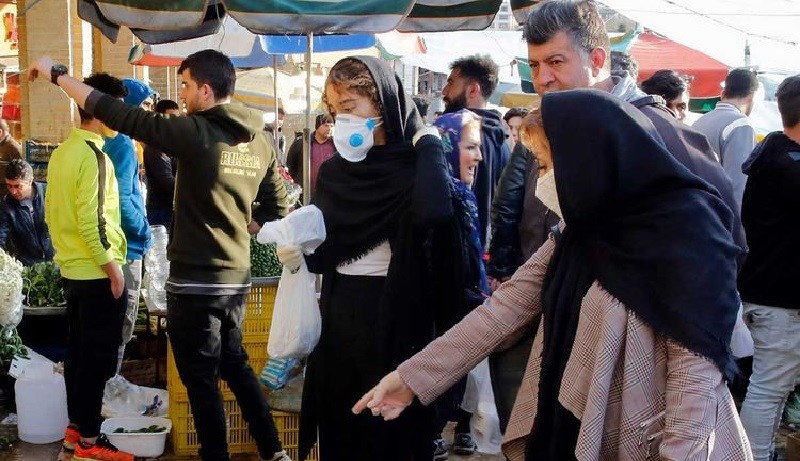 The actual death toll is much higher

– In late March and throughout April, many people lost their lives in remote villages and towns, figures for which were not taken into account and the regime deliberately cited others causes for the deaths

– Medical experts and specialists consider the actual number of those infected, 20 times the official figures.

This explains why the regime has an open hand in lowering and engineering the figures. Medical experts and specialists consider the actual number of those infected 20 times the announced figures.

The state-run daily, Shargh, wrote, “How can one know the actual death toll for Coronavirus (in Iran)? The answer to this question is difficult, and at least at the present situation is impossible. In current circumstances, even this review is not possible for researchers in Iran since the relevant organizations such as Behesht-e Zahra Organization, the Civil Registration, and Iran’s Survey Center, have been unwilling to publish the necessary data.”

The state-run daily, Hamdeli, wrote today: “The figures were looked upon with great suspicion right from the very first day. Registering Coronavirus infected patients as patients with respiratory problems or lung problems, and releasing patients on their own personal consent are valid proofs for this claim. But, what has recently unveiled the confusion in the Health Ministry’s figures more than ever is the concept of engineering figures of people infected by Coronavirus in the country.”

“Many heads of states in phone conversations… said yes we are aware of your statistics, we know your figures, your roadmap. All of them expressed appreciation to Iran for carrying out a strong, coherent work in dealing with this virus,” he boasted.

But Mina Moharez, a member of the committee to deal with Coronavirus in the Health Ministry, told state-run, Vatanemrouz, on April 29, “Statistical fluctuation in the Health Ministry’s reports indicate that Coronavirus is more active every day since the chain that spreads it to other parts of the country has not cut. This virus is strongly contagious… Removal of restrictions on people moving around deliver severe blows to the health of the citizens, and if proper steps are not taken, we have to witness new waves of the spread of Coronavirus and the death of our compatriots.”

The Head of Qom’s University of Medical Sciences reiterated to IRNA on April 28, “Qom is still at the epicenter of the Corona crisis.”

Jahan-e Sanat state-run daily wrote on April 29, “We do not know why Mr. Rouhani is in such haste in the step by step approach. With these decisions, we will reach a stage that the threat facing our country becomes serious, and at that time, we have to see who is willing to take responsibility for what has happened in our country?”

IRGC Col. Mohammad-Ali Rajabi, head of the FATA’s (The Police for the Sphere of the Production and Exchange of Information) identification and prevention center, affirmed: “We had a lot of information and rumors about people wanting to act in secret… At the same time, they tried to give the impression that the country is incompetent, and the health system is unable to manage the coronavirus crisis…We identified more than 2,000 websites and blogs in virtual space and brought 370 cases to court, which resulted in several arrests, written pledges, and referral to courts.”

Brig. Gen. Abolfazl Shekarchi, the spokesman for the regime’s armed forces, told Farda News today,   “To counter rumor-mongers in virtual space, FATA police have implemented useful action. 3,600 people who had posted rumors in virtual space were arrested by the State Security Forces (SSF) and the Bassij. Our enemies continue their hostility, and they have agents who pursue their policy in the country.” (Farda News, April 29).

It is worthy of note that during the few past weeks, NCRI’s Security and Counterterrorism Committee revealed important documents concerning the spread of the coronavirus and the regime’s cover-up, including examples of SSF actions and their wireless communications.