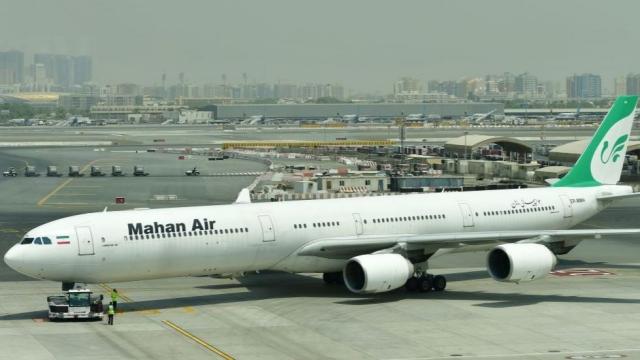 The U.S. imposed terrorism sanctions on Mahan Air in 2011, yet the airline continues to serve destinations in Europe, the Gulf and Southeast Asia. Sanctions were ineffective until now because the U.S. never sought to punish the numerous firms who violate them by working with Mahan.

On July 9, however, the Treasury sent an unmistakable signal that firms will now pay a price for aiding and abetting Mahan’s crimes; it slapped sanctions on Mahan Travel and Tourism Sdn Bhd, a Malaysia-based company that acts as General Sales Agent (GSA) for Mahan Air.

Everywhere it goes, Mahan relies on an array of service providers. Without them, no commercial airline can operate effectively. For example, GSAs represent airlines in country and manage their cargo business, facilitating transactions and revenue stream in the process.

Major service providers will finally have to decide whether the profits generated by transacting with Mahan are worth the risk of American sanctions. It shouldn’t be a hard choice.

Last year, the Foundation for the Defense of Democracies identified at least 67 companies inside the European Union, Russia, Turkey, the Gulf, India, China and the Far East providing Mahan with services. All of these companies have now been warned by the Treasury Department.

As U.S. Secretary of the Treasury Steven T. Mnuchin said, “They urgently need to sever all ties and distance themselves immediately from this airline. Companies that continue to service Mahan aircraft, or facilitate Mahan flights in and out of airports in Europe, the Middle East, and Asia, are on notice that they do so at great financial risk.”

Treasury’s message to Mahan’s service providers across the aviation industry is simple: Cut all ties to Mahan or you are next.

Since the beginning of Syria’s civil war in March 2011, an array of Iranian commercial carriers has been delivering military support to Assad and Hezbollah. They have increased their tempo since the summer of 2015, when Iran and Russia coordinated their efforts to save Assad’s faltering regime.

The result: More than half a million Syrians have lost their lives in the conflict. Half of the country’s population is either internally displaced or has sought refuge in neighboring countries. The crisis has spilled over into Europe as well, with an unprecedented wave of refugees seeking shelter.

They are escaping the Assad regime’s systematic use of chemical weapons, ethnic cleansing, torture and indiscriminate attacks against civilian targets, like hospitals and market places.

Mahan Air and other Iranian commercial airlines made all this possible. Last year, the Washington Institute for Near East Policy’s Farzin Nadimi assessed that during a two-month period, the airlift brought 21,000 personnel and 5,000 tons of supplies to Damascus.

Assuming these figures are accurate, over a three-year period and at a constant rate, that is almost 380,000 people — mostly militia fighters cycling to and from the front lines — and 90,000 tons of supplies.

By making an example of one company closely tied to Mahan, Treasury is giving others a chance to cut Mahan loose before it does it for them. And by raising the stakes, the Treasury is also sending a strong political message to capitals in Europe and Asia.

Their desire to salvage the nuclear deal with Iran that President Trumprescinded last May should no longer be an excuse to turn a blind eye to Iran’s continued support for terrorism and violence across the Middle East.

Even by enforcing sanctions, the U.S. cannot stop Mahan from delivering its deadly cargo. Yet, the U.S. can raise the price steeply for the Iranian regime. Mahan is, after all, Iran’s most popular commercial carrier.

Many of the aircraft it uses to fly, under cover of darkness, to Damascus, frequently resume regular civilian transport the next morning, heading to tourist destinations or business hubs across the globe. By targeting service providers, Washington can impair the airline’s overall ability to function and reduce its stream of revenue.

The Trump administration also needs to signal that it is prepared to escalate its game with Mahan. Aircraft involved in the airlift of cash, weapons and fighters to Syria should be impounded at airports.

Companies providing Mahan aircraft with insurance and reinsurance services should be next in Treasury’s line of fire, as well as jet fuel suppliers. Banks facilitating transactions for Mahan should face steep fines and possibly prosecution.

For far too long, Mahan Air has been an accomplice to mass murder while being treated as just another commercial carrier. That is about to change.

Emanuele Ottolenghi is a senior fellow at the Foundation for Defense of Democracies, a Washington-based nonpartisan research institute focusing on national security and foreign policy. Follow him on Twitter @eottolenghi, and follow FDD @FDD.