Europe Needs To Respond to the Threat of Iranian Terrorism 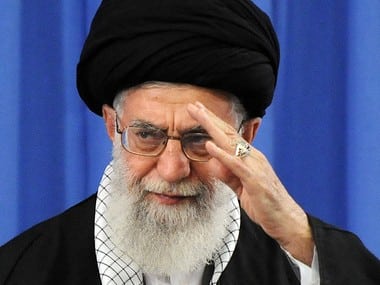 In late June, Belgian authorities apprehended two individuals of Iranian extraction who had reportedly been provided 500 grams of the explosive TATP by a regime diplomat, Asadollah Assadi.

A member of the Iranian Ministry of Intelligence and Security (MOIS), Assadi had operated under the cover of a diplomatic post to the Iranian embassy in Vienna. He was detained by German authorities and is awaiting extradition to Belgium.

Iranian regime officials are trying to have him transferred back to Austria instead, where he could claim diplomatic immunity and flee back to Iran.

In raising the issue, Pompeo sought to illustrate the broader security threat posed by Iran’s fundamentalist regime. “We have seen this malign behavior in Europe,” he said of the terror plot to blow up the “Free Iran 2018 – The Alternative” gathering on June 30, 2018, in Paris. Attended by tens of thousands of people, and hundreds of politicians and dignitaries from around the globe, including Rudy Giuliani and Newt Gingrich, the rally near Paris featured the NCRI’s President-elect, Maryam Rajavi, as keynote speaker.

When asked about the incident during a special briefing, a senior State Department official reiterated Pompeo’s point that the plot was but one example of a larger pattern of behavior emanating from Tehran.

Recent conversations between the State Department and key Arab allies of the United States have focused on Iran’s use of its embassies in the planning of terror attacks, and how it can be effectively deprived of the resources to continue such operations.

Saudi Arabia and the UAE, the leading political and economic adversaries of the terrorist regime ruling Iran, may have important roles to play in the US effort to exert ever-greater pressure on the clerical regime by enforcing what Mike Pompeo promised would be the “strongest sanctions in history.”

But it is perplexing to think that the US should have to look so far afield for ways to confront and disrupt Iran’s foreign operations when those operations continue to target its closest, long-standing allies.

Some European officials have seen fit in recent days to acknowledge the situation that Pompeo underscored in his visit to the UAE last week. A spokesperson for the Belgian judiciary said, for instance, “Practically all employees of Iranian embassies are part of the Iranian Secret Service.”

And yet European governments as a whole remain notably hesitant to acknowledge Iran’s ongoing commitment to international terrorism, much less take any serious action to confront it. This is a betrayal of core Western principles, and it must change quickly and decisively.

The impulse to appease Tehran and pursue economic deals remains alive and well, as European signatories to the flawed 2015 nuclear deal struggle to preserve business opportunities in the wake of the American withdrawal. Whatever the differences between the US and EU, the Iranian regime’s support of Syrian dictator Bashar al-Assad and the ongoing development of Iranian ballistic missiles have raised serious questions about European outreach.

The news of the Paris terror plot should resolve any questions once and for all. Outreach and appeasement have no place in dealing with a regime that remains committed to such tactics.

The regime’s terror plot might have killed untold numbers among the more than 100,000 attendees of the June 30 rally in Paris. The NCRI has called for urgent action to guarantee that neither Assadollah Assadi nor any other diplomat involved in the plot be allowed to flee to Iran and thus escape justice.

The NCRI has also urged the nations of Europe to acknowledge the underlying threat and respond with the “closure of [the] regime’s embassies and representative offices, and the expulsion of terrorist diplomats” wherever they may be stationed.

It is time for the West to offer a concrete plan of action addressing Tehran’s malign behavior and security threats, specifically its terrorist activities in Europe.

One thing is certain: Despite whatever hope the Europeans maintained for future trade deals and access to Iranian oil markets, is not worth the attendant risk of putting European nationals in the line of fire of Iran’s Ministry of Intelligence or Islamic Revolutionary Guard Corps (IRGC).

Ali Safavi is a member of the Foreign Affairs Committee of the National Council of Resistance of Iran. Follow Ali on Twitter @amsafavi.