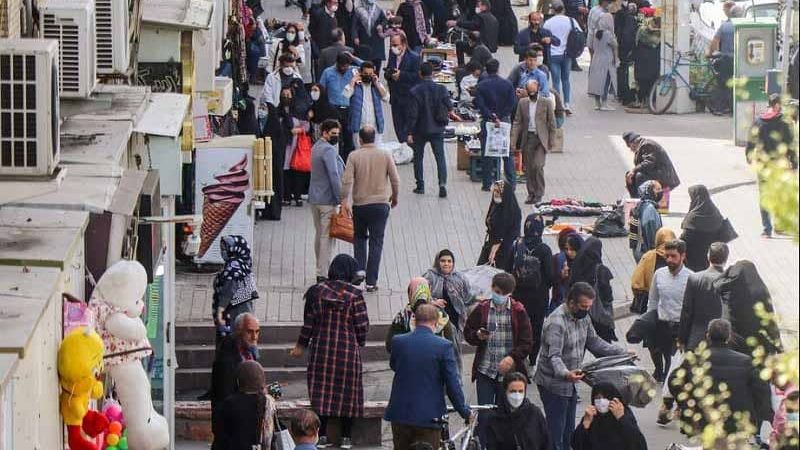 As Iran goes through the fourth wave of the Covid-19 outbreak, the regime’s state-run media and officials warn of people’s backlash and acknowledge the depth of the coronavirus crisis.

“With the current wave, the death toll will reach 500 to 600 a day. I am one hundred percent sure,” said Payam Tabresi, Head of Infectious Diseases Department of Masih Daneshvari Hospital, according to the state-run Arman daily on Monday.

The regime has been using the coronavirus outbreak to oppress Iran’s explosive society. As a part of their inhumane Covid-19 policy, regime officials refused to issue nationwide quarantine and announce the real death and infection number. The regime’s Supreme Leader, Ali Khamenei, on January 8 explicitly banned the import of certified vaccines.

Due to the severity of the current situation, the regime has shut down the economy for ten days, but without offering help to the impoverished people of Iran.

“in Iran, the government’s preventive programs have been with this consideration that the poor economic conditions and business closures wouldn’t cause [social] dissatisfaction and new riots,” the state-run Iran daily, government’s official newspaper admitted on Monday. “Thus, the business closure has not been mandatory, and this has been the cause of the epidemic being out of control,” Iran daily’s article adds, blatantly blaming people for the Covid-19 outbreak.

Since the beginning of the outbreak, the People’s Mojahedin Organization of Iran (PMOI/MEK) has exposed the regime’s inhumane Covid-19 policy. On Monday, the reports tallied by the MEK indicated that over 250,000 people had lost their lives.

Thus, due to the MEK’s campaigns, the regime’s efforts of blaming people for the outbreak, and other bogus claims of not being “able” to procure the Covid-19 vaccine, have failed. Now, regime state-run media are forced to admit the real death toll is much higher than the engineered number announced by the Ministry of Health.

“The main problem of officials involved in combatting coronavirus is that if instead of focusing announcing false data, had tried to give real information to people, we had a better situation. Because the truth will sooner or later prevail,” wrote the state-run Etemad daily on Monday.

“This method of announcing official statistics, is for self-deception and justifying [officials’] inefficiency in managing the coronavirus outbreak because people will not be deceived by it,” Etemad article wrote adding that “curios insisting on announcing a statistic that is not real, increases [people’s] mistrust [hatred toward the regime.”

While calling people’s hatred toward the regime “mistrust,” the mullahs’ Health Minister, Said Namaki, expressed fear of a social explosion on Monday.

“I am afraid of the day when people no longer believe in us. I fear people’s mistrust as the main weapon against the system, and that happens when we lie to people and refuse to act clear,” he said.