MENUMENU
Articles > Night Demonstrations Continued Across the Country on Friday

Night Demonstrations Continued Across the Country on Friday 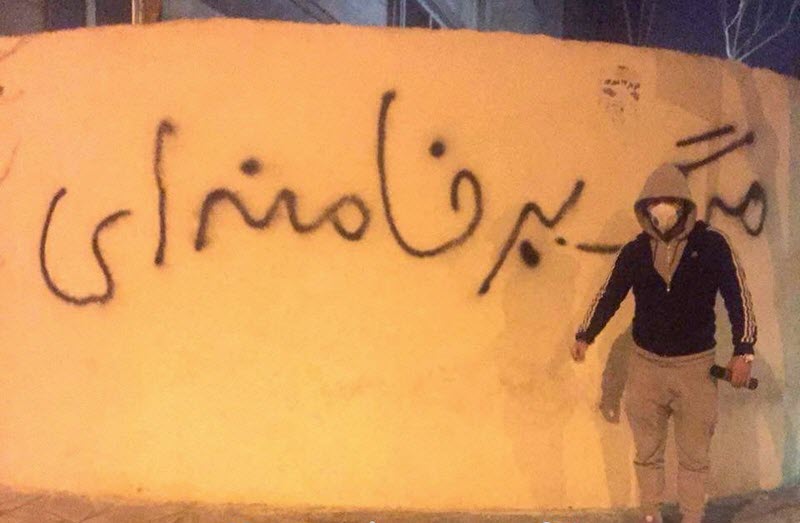 On the wall is written: Death to Khamenei
——————————————————–
Iranian preachers’ podiums turned on Friday into stages from where they attacked anti-government protests that kicked off last week in several parts of the country to object to a surge in the prices of basic food supplies and the regime’s bad regional policy.

Although the regime was capable to quell anti-government protests in Iran in the past 39 years, night demonstrations continued across the country on Friday.

Protestors echoed their voices in the presence of more than 50 thousand people who attended a football match in the ‘Tractor Sazi’ stadium in Tabriz, the central province of Azerbaijan.

The Friday prayer leader in Sunni-majority Zahedan, Abdulhamid Mullazahi, criticized authorities for quelling protests and called on officials to pay attention to the demands of the Iranians and their problems.

Official reports said that more than 22 people were killed in the unrest which begun in Iran last week.

More than 40 Iranian university students, mostly activists, were arrested between Dec. 30 and Jan. 4, according to credible information received by the Center for Human Rights in Iran (CHRI).

Hardline preacher Ahmad Khatami told thousands of worshippers gathered in Tehran on Friday that “when cyberspace was closed down, the sedition was stopped,” adding that Iran nation does not support a social network that has its key in the hands of the US.

Khatami was speaking before pro-government demonstrations followed Friday prayers in Tehran and several other cities, including Tabriz and Kerman. It marked the third day of such demonstrations.

Despite the surge of demonstrations across the country, Interior Ministry spokesperson Salman Samani is still refusing to answer journalists’ questions on the situation.

Meanwhile, in New York, US Ambassador to the UN Nikki Haley said during an emergency Security Council meeting that “the voices of the Iranian people should be heard.”