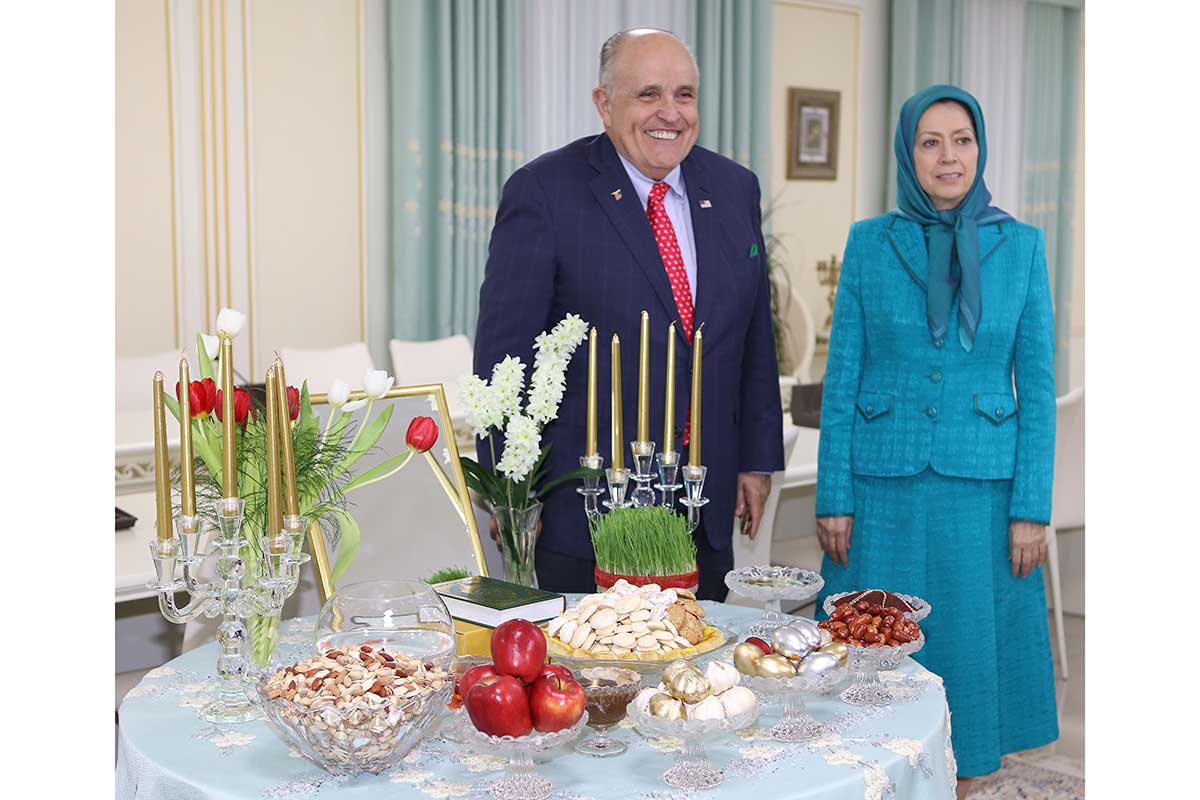 The two discussed the crises faced by the clerical regime in Iran in the wake of a nationwide uprising, and the need to adopt a decisive policy against this regime. The uprising, which began in late December of 2017 against the regime’s economic mismanagement, quickly spread to 142 cities in Iran and became increasingly political in nature. The latest reports indicate that more than 8,000 protestors were arrested by Islamic Revolutionary Guard Corps (IRGC) security forces and that at least 50 were killed, including 14 deaths under torture.

Maryam Rajavi said the Iranian people’s desire for regime change was expressed loud and clear during this uprising. The protestors, she said, showed that they will not be satisfied by anything less than the regime’s overthrow. To this point she noted that “The Iranian people have never accepted this regime…the uprising will continue until final victory.” Madame Rajavi used the occasion to emphasize that the international community should stand up to Iranian regime’s misdeeds, and added that “a comprehensive, decisive, and strategic response to the regime entails standing with the Iranian people and Resistance.” 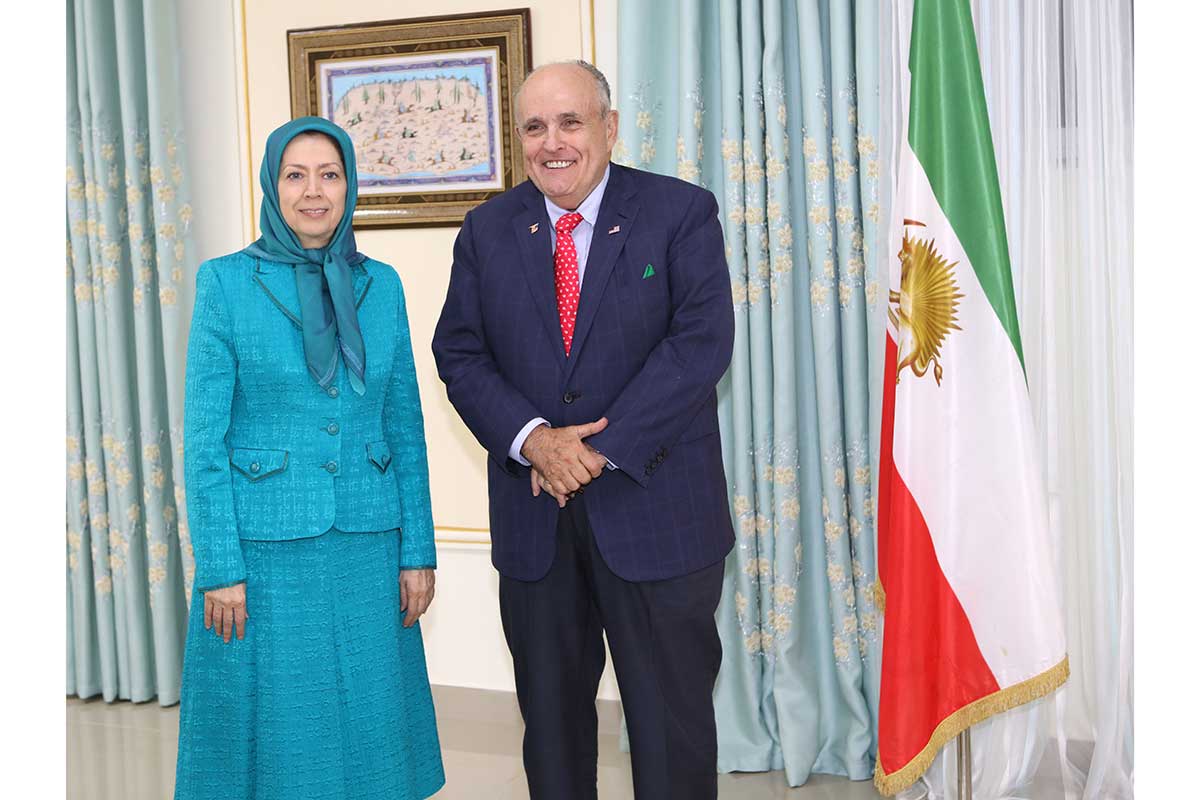 Mr. Giuliani also praised the Iranian people’s recent uprising and said the Mojahedin-e Khalq’s (MEK/PMOI’s) role in organizing the protests—which compelled both the regime’s supreme leader and president to acknowledge the group’s importance—exemplifies the Iranian Resistance’s ability to create change in Iran.

“One of the biggest lies that the clerical regime disseminated over the years,” said Giuliani, “is that the MEK lacks popular support inside Iran.” The recent protests, he said, showed that this is not the case, especially given the fact that “the MEK played such a crucial role in the recent protests that even the regime’s leader described them as the main internal element for the unrest inside the country.”

Giuliani also underscored that the will of the Iranian people, as expressed during recent protests, will lead to significant change within the country. Describing the near future of Iran, he stated: “The corrupt regime of the ayatollahs is on the verge of collapse. The US policy…is to hold them accountable for [their] crimes inside and outside of Iran.” As a result, he said, “Next year we will witness major changes regarding Iran.”