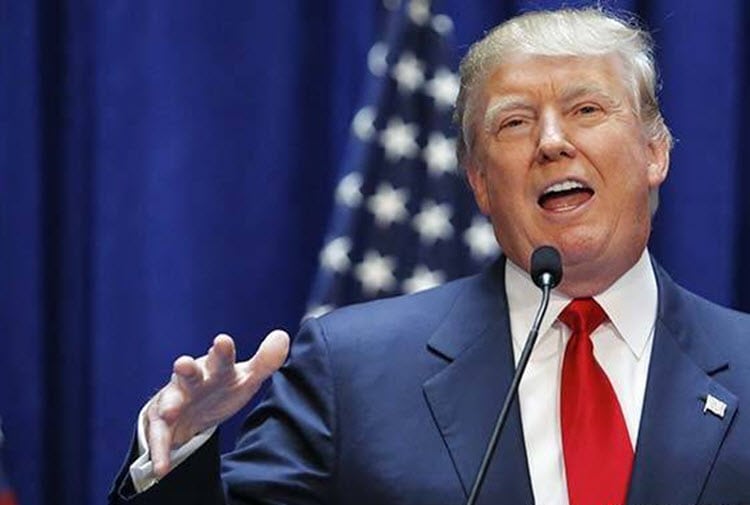 Washington, DC—March 21, 2018, U.S. President Donald Trump wished all people celebrating Nowruz (the Persian New Year) a “beautiful and blessed” holiday, simultaneously expressing his support for the will of the Iranian people and slamming the Islamic Revolutionary Guard Corps (IRGC).

The president expressed his support for Iranian people’s ongoing fight against the endemic corruption and denial of basic rights. Commending their struggle against the repression of the regime, President Trump stated: “Despite the oppression they face, Iranians are fighting to reclaim their rights. They long for a springtime of hope, and the United States stands with the Iranian people in their aspirations to connect to the wider world and have a responsible and accountable government that truly serves their nation’s interests.”

In his annual message, the president called the IRGC “a hostile army” that is “not Iranian in name or deed.” He recognized that twenty-five hundred years ago, Darius the Great asked God to protect Iran from “hostile armies, drought, and falsehood,” and stated that the IRGC represents all three of these dangers.

President Trump used the occasion of Nowruz to highlight the plight of the Iranian people in 2018. “Today,” he said, “the Iranian people face another challenge: rulers who serve themselves instead of serving the people.”

The president’s message from this year differs from that of last year. In 2017, Trump sent his best wishes to the people of Iran during their “wonderful” holiday, reaching out to Iranians and paying tribute to the Iranian-American community as “one of the most successful immigrant groups in our country’s contemporary history.”

In 2018, however, President Trump additionally paid tribute to the people of Iran, who he said are resilient and currently facing major challenges because of the country’s leadership. He slammed the IRGC’s corruption and mismanagement of the economy, stating: “The IRGC employs propaganda and censorship to hide the fact that the Iranian regime plunders Iran’s wealth and abuses its people. To hide the truth, Iran’s rulers suppress their own citizens’ rights to free assembly, access to information, and equal opportunity.”

The 2017 NCRI-US publication The Rise of Iran’s Revolutionary Guards’ Financial Empire: How the Supreme Leader and the IRGC Rob the People to Fund International Terror describes these misdeeds in detail and explains the vast economic network of the IRGC referenced here by President Trump.

Along these lines, Trump recognized that the IRGC is stealing from the people of Iran to fund terrorism. He pointed out that more than $16 billion has been spent propping up Bashar al Assad’s regime in Syria, and on funding terrorist groups and militias across the region. The Iranian regime, he said, is serving itself rather than the people.


President Trump also announced in his statement that the US Treasury Department would be “issuing guidance” to reaffirm that the US is supporting the free flow of information to the people of Iran. He reaffirmed that the US will continue to hold the Iranian regime and the IRGC accountable for the suppression of protesters taking to the streets to fight against government oppression. This announcement comes in the wake of the regime’s use of cyberwarfare to repress its own people during recent protests, as outlined in the latest NCRI-US publication Iran: Cyber Repression: How the IRGC Uses Cyberwarfare to Preserve the Theocracy.

In another Nowruz statement issued by the State Department, John Sullivan, the Deputy Secretary of State, said that he sends his good wishes to the people of Iran and emphasized that the US supports those that seek to “reclaim their fundamental freedoms of expression, religion, and peaceful assembly.”

Maryam Rajavi's Nowruz Remarks: The New Year Can and Must Be Turned Into a Year Full of Uprisings
Comment
Mayor Giuliani Meets Maryam Rajavi to Discuss Adopting More Decisive Policy on Iran