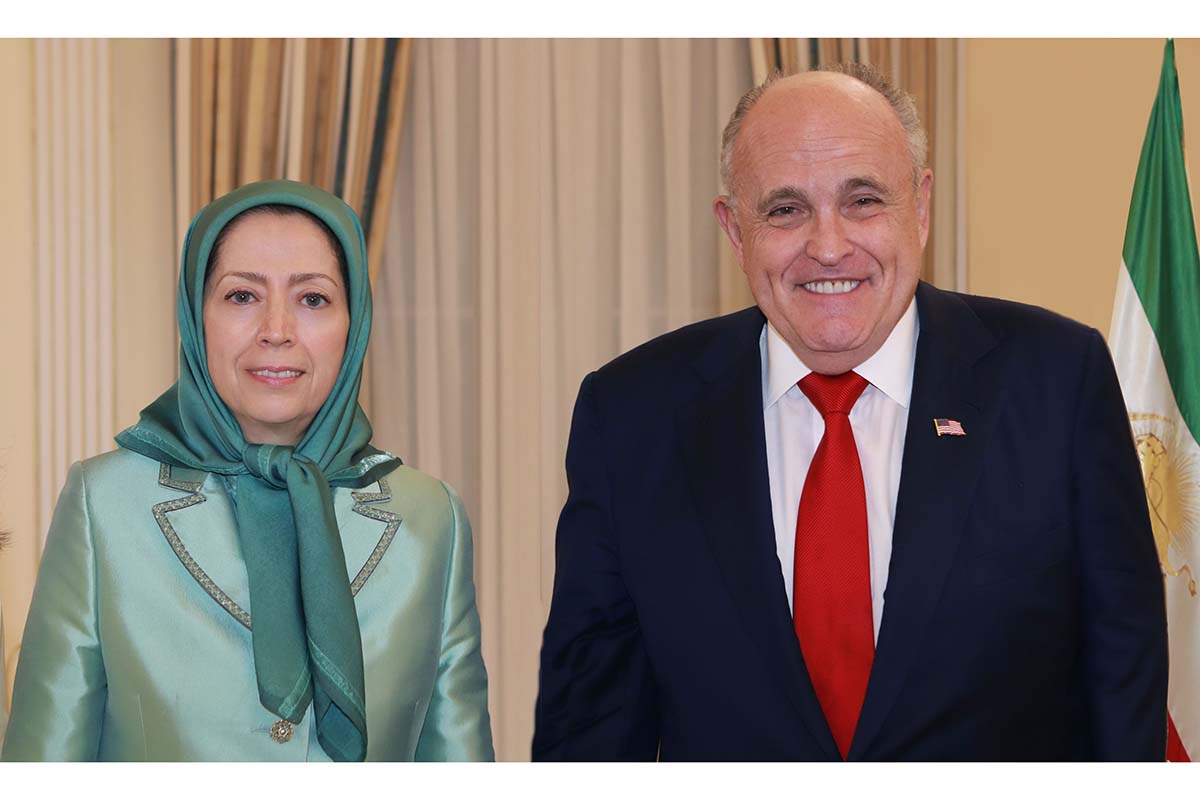 Friday, June 29, 2018 – Maryam Rajavi met this evening with Rudy Giuliani, attorney to the President of the United States. The meeting took place at the office of the National Council of Resistance of Iran in Paris on the eve of the Iranian Resistance’s annual grand gathering.

They discussed the latest developments in Iran including the expansion of popular protests against the clerical regime in Tehran and other Iranian cities as well as the regime’s fragile condition.

Maryam Rajavi reiterated that the protests have continued despite a massive wave of arrests and suppression. This indicates ripe circumstances and the volatile state of the society. At the same time, it vindicates the Iranian Resistance’s strategy and the undeniable roles of resistance units.

There is no going back, Mrs. Rajavi added. The regime’s overthrow at the hands of the Iranian people and Resistance is certain, and the regime has no way out.

Mayor Giuliani said the U.S. Administration has announced that the mullahs’ regime has usurped the sovereignty of the Iranian people. Mr. Giuliani pointed out, as the U.S. President and Secretary of State have repeatedly declared, this is a corrupt regime and the people of Iran have been its longest suffering victims.

Rudy Giuliani is among the signatories of the statement signed by 33 U.S. dignitaries addressed to the Iranians’ rally, Free Iran – The Alternative, in support of the National Council of Resistance of Iran and the ten-point plan of the NCRI President-elect.

He said that a firm policy on the regime, sought for many years, is only a first step. The next step is standing by the people of Iran and the democratic alternative, the National Council of Resistance of Iran, who struggle for a republic based on the separation of religion and state.

He added, “My Strong opinion is that the alternative is the National Council of Resistance of Iran under the leadership of Maryam Rajavi.”