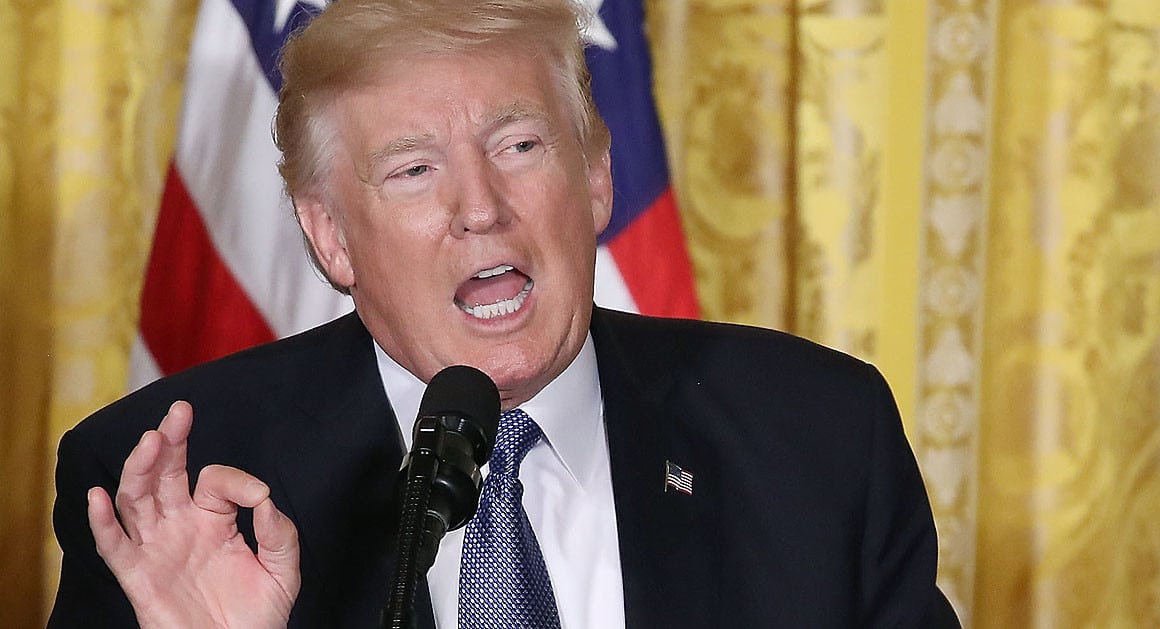 PARIS — This Saturday, some 100,000 Iranian exiles will descend on Paris for the annual Free Iran Gathering, sponsored by the National Council of Resistance of Iran. The NCRI event has been held since 2004, but the mood this year is very different.

The delegates are gathering at a time when every measure of the coming end of the Iranian regime is moving in the right direction — in numbers, effectiveness, attention and even the gravitas of the speakers.

The demonstrations inside Iran which have grown over the last six months, recently culminating in “Death to Khamanei” chants in Tehran this week, are real. This time, the regime doesn’t have a U.S. administration willing to look the other way as the resistance is crushed. This time, Donald Trump is in the White House.

It is amazing to me how quickly the president and his policies have brought this regime to its knees. Mr. Trump deprived has Tehran’s ruling mullahs of their biggest benefactor in the world — the American government under President Obama. The Obama team really wanted the Iranian regime to not only survive, but thrive, effectively allowing Iran to carry out its maligned activities around the Middle East and the world, all funded in part by U.S. dollars.

Mr. Obama tried to bring Iran into the family of nations, offering cash, respect, recognition, the end of sanctions. Without that support, the regime can’t function.

Mr. Trump’s administration, by contrast, just announced it wants to cut Iran’s vitals oil exports to zero — by November. The now cash-strapped terrorists in charge will not have the revenue to keep the economy going.

As a result, and as one can see in Paris this weekend, the resistance is growing.

The mullahs have lost the support of the poor, they have destroyed the environment and failed to deal with shrinking water stocks, destroyed the middle class and farm sector. The black market sale of body parts is rampant, inequality has risen to levels that are much worse than under the shah, and the currency has collapsed.

Relatives and those with regime connections have stashed an estimate $150 billion in offshore banks and other real property. After the Iranian regime wasted the money it received from the nuclear deal on foreign adventurism, the people now realize there is no future under the current leadership. That money was squandered supporting the Assad regime in Syria, fomenting sectarian unrest in Iraq and underwriting Hezbollah in Lebanon. That’s not counting the revenues lost to simple corruption.

Even our European allies are starting to acknowledge that Iran’s actions on the world stage have “not been helpful.” Companies terrified of losing their access to the American market are canceling deals and shutting down operations in Iran.

As Shahin Gobadi, a member of the Foreign Affairs Committee of the NCRI, told a press briefing in Paris Thursday, “With the cut-off of oil under Trump, the regime cannot survive.”

The media hand-wringing over Mr. Trump’s tough line overlooks the fact that Iran is the source of all the unrest in Syria, Iraq, Lebanon and elsewhere in the region. When this regime falls, look for a calming peace to descend upon the Middle East, and Mr. Trump will be vindicated.

Ben Rhodes and other Obama minions have tried to spread the narrative that the regime was stable, that the hard-line Revolutionary Guards Corps was invincible, that the 2015 nuclear deal was wonderful, and that the benefits of the deal would trickle down to the Iranian people. Nothing could be further from the truth.

This week, unarmed citizens chased Iranian armed soldiers down a Tehran street and destroyed their vehicles, setting them on fire.

Things have changed in Iran. The genie is out of the bottle. Supreme Leader Ayatollah Khamanei cannot marginalize the Revolutionary Guards. He would be pulling the rug out from under himself.

The regime is stuck. There is no way out. With a major shove from President Trump, the world’s largest supporter of terrorism is finally on the path to collapse.

⦁ L. Todd Wood is a former special operations helicopter pilot and Wall Street debt trader, and has contributed to Fox Business, The Moscow Times, National Review, the New York Post and many other publications. He can be reached through his website, LToddWood.com.