Iran’s Elections Were a Sham 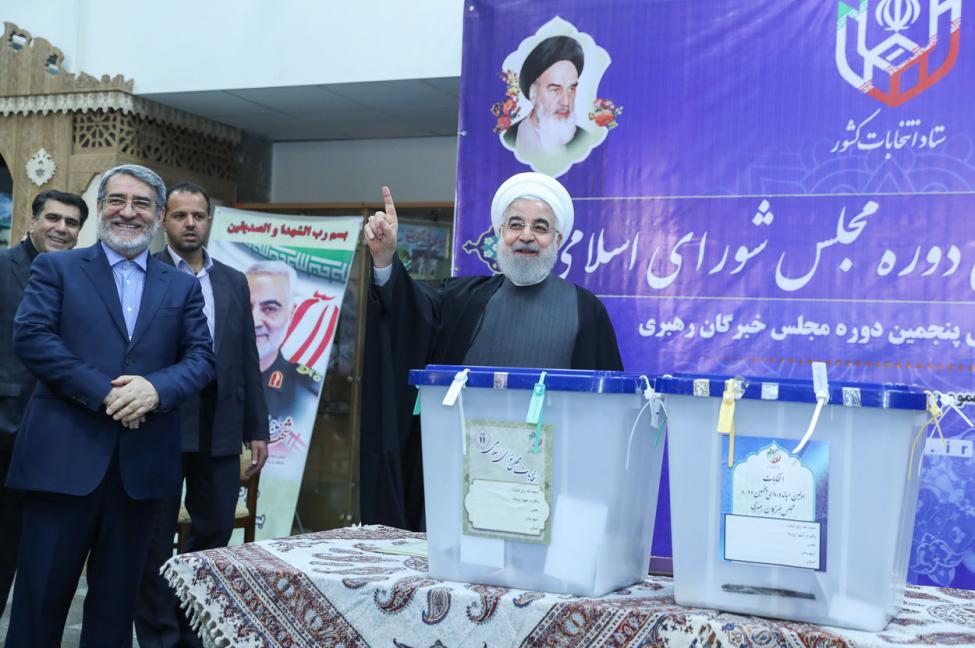 Feb. 27 (UPI) — Iran held a general election on Friday following weeks of threats and warnings from the mullahs about the need to vote, so that the theocratic regime could retain some sort of semblance of legitimacy.

In November, over 1,500 mostly young people were shot and killed by the Islamic Revolutionary Guards Corps — the regime’s Gestapo — during a nationwide uprising. Over 4,000 people were injured and an estimated 20,000 arrested. The supreme leader Ayatollah Ali Khamenei ordered Iranians to vote, telling them that casting their ballot was even more important than attending Friday prayers.

Khamenei had muddied the electoral waters by removing thousands of potential candidates from the lists, including 90 sitting members of the Iranian Parliament, on the grounds that he considered them as “too moderate.” Turnout at the sham election was disastrous.

Despite the usual extensive vote-rigging, the IRGC’s official Fars news agency quoted Interior Ministry officials saying that less than 20 percent of eligible voters had cast a ballot in the capital Tehran, lamely blaming it on the coronavirus outbreak. The mullahs later tried to claim that the actual countrywide turnout was over 40 percent, but sources contacted inside Iran have confirmed that it was certainly less than half that figure.

To assess the reasons for this unprecedented boycott, I used Farsi- speaking intermediaries to contact a number of nationals from various cities across Iran to ask them on whether they had voted. Their full identities have been withheld for security reasons, although I have identified their cities and where applicable, their professions. These people were chosen at random for interview.

Arash from Tehran is 40 years old. He is divorced and has two daughters. Arash said he was a truck driver but is unemployed because there are no jobs. He said he had not voted in this election and in fact had never voted in any of the elections held under the mullahs.

He said, “We didn’t vote because our votes have no impact and are useless. All members of the parliament think only about their own pockets and benefits. People are living under the absolute poverty line. The regime is shooting to kill us; who do you expect us to vote for? We will not vote for those who killed our compatriots in the November 2019 protests.”

Asked if his family or friends had voted, Arash said, “Everyone that I know did not vote.” He said that before the election he had been told that if he voted he would be given some money, but rejected the offer “because the blood of those who were killed by this regime is worth much more than the $3 they wanted to pay me to vote.”

Navab from Baluchestan Province is 35 years old and single. He said he is self-employed. He has a degree in accountancy but says there are no jobs for accountants. He did not vote in the election and said that none of his friends and colleagues and no one in his family or among his relatives had voted. When asked why, Navab said, “Because we don’t want this regime. Why should we bother to vote? Whatever our votes are, they will select their own favorites in this sham election. With forged votes, they will pick those who are favored by the IRGC out of the ballot box.”

Navab continued, “The government is abusing and exploiting the extreme poverty of our oppressed people. They told the poor to go and vote, and they would get 50,000 or 100,000 tomans ($1.13 or $2.38), which is nothing. There were villages who had only 500 people eligible to vote but when the votes were counted they announced 1,500 votes. It is all too clear that these are forged votes, which were put in the ballot box by the government.”

Navab said he had been aware of the call by Maryam Rajavi, president-elect of the National Council of Resistance of Iran, the main democratic opposition, to boycott the election. He said it was a good thing because Rajavi’s call had resulted in 80 percent of the people not voting due to the injustice in the November protests, where the IRGC had killed 1,500 people.

“They killed 176 people in the Ukrainian plane disaster. Our people have a deep grief in their heart caused by this regime. They have no popularity amongst the people. They are ruling only by force. This religious dictatorship has brought us nothing but misery. There is a lot of discrimination against our people in Baluchestan. We are Sunni, and up to now, we have not had even a mosque in Tehran to pray in. We have no freedom of expression. If any of our clergy criticize the regime, they will be arrested. For instance, Molana Fazl Rahman Koohi was arrested because he criticized the killings during the November 2019 protests. He has been in jail for three months, and no one knows his whereabouts. After 41 years, Baluchestan still has no piped water; we have no proper roads, no gas, no schools for children except in huts.”

Ahmad from the province of Khuzistan is 36 years old and single. He is unemployed. He gained a diploma in college, but says there are no jobs under the Islamic Republic of Iran.

“They spend our wealth for the Arab countries, and all our young people are jobless,” he said. Ahmad has never voted. Nor did his family and friends. He said, “Before the election, I saw they were giving bags of rice to the poor to make them vote. On the day of the election, I witnessed that the security forces attacked someone who was trying to film one of the polling stations to show that there was no one there to vote. They arrested him, took his mobile and told him if he did it again they would hang him.”

Reza from the city of Ardebil in the province of Azerbaijan is married with one child. He owns a supermarket. He has never voted in any election under the ruling theocracy. When asked if any of his family or friends had voted, he said: “I believe that 90 percent of the people did not vote. Seven or 8 percent voted out of fear, and only 2 or 3 percent voted proudly because they are the regime’s guys.”

Reza said he did not vote because “I never trusted this regime, and I was always certain that its elections were fraudulent. Members of the parliament are selected behind the curtains, and voting is just a sham, a pretention and demagoguery. There has always been buying and selling of votes under this regime. It was not only in this election. I heard from three people that they sold their vote. They were each paid 40,000 tomans (95 cents) to vote. You can see the photos and clips of it on the Internet.”