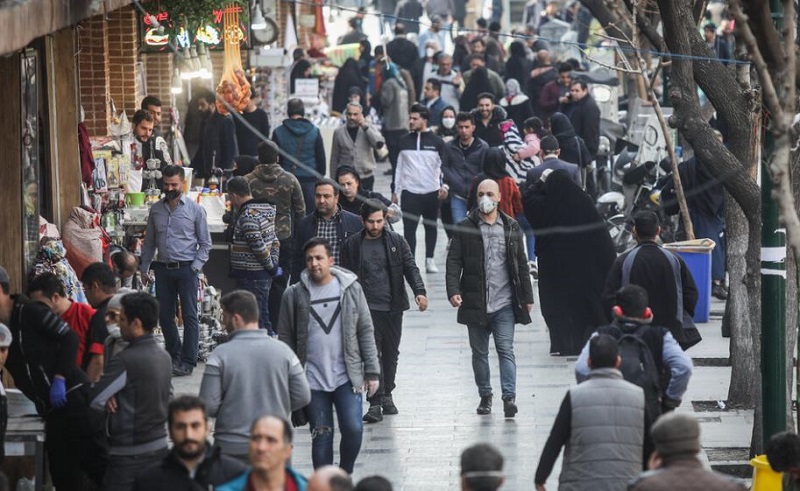 Head of Food and Drug Administration confirms the certainty of second and third waves of Coronavirus outbreak in the fall, expressing grave concerns

“We have no doubt it will happen in October, November, December.”

In Alborz Province, the number of Coronavirus patients and victims has increased, and the Khomeini, Persepolis, Bahonar, and Social Security hospitals in Karaj are filled.

Yesterday, Alireza Razm-Hosseini, regime’s governor in Khorasan Razavi, told the state-run news agency, ISNA, the province is “in a red state … we are likely to see an increase in the number of infected people in the next few days.”

ISNA also quoted Ali Ehsanpour, the spokesperson of Khuzestan’s Jundishapur University of Medical Sciences, as saying, “Considering the foreseeable outbreak of the disease in the coming days … there is a possibility of imposing stricter and more serious restrictions in Khuzestan province and the possibility of locking down (everything) next week.”

Meanwhile, burying the victims has become a critical issue. Since the cause of death is not stated to be Coronavirus, burial takes place without hygienic procedures; it will result in the spread of the disease.

In another development, Iraj Harirchi, Deputy Minister of Health, brazenly said, “In Iran, if Coronavirus causes the death, we will tell the truth. Therefore, Iran’s statistics on the number of deaths due to Coronavirus are more transparent than (western Europe).” He added, “72 cities are red zones.” On April 28, 2020, Alireza Reisi, another Deputy Health Minister, had said that there are 60 red cities.

Simultaneously, during an interview with the state-run national TV yesterday, Dr. Mohammad-Reza Shanesaz, the head of the Food and Drug Administration, pointed to Coronavirus’ second and third wave of the outbreak in autumn, “We do not have any doubts about the timing and the coming. It will happen for sure… We have grave concerns for October, November, and December.”

On the other hand, the economic crisis is escalating every day. Head of the regime’s Chamber of Commerce, Gholam-Hossein Shafei, whose remarks in a meeting in Mashhad was reported by ISNA, said, “Hundreds of thousands of small enterprises have encountered economic difficulties because of Coronavirus.” Mullah Nasrollah Pejmanfar, head of the regime’s parliament deputies from the Province of Khorasan-e-Razavi’s Council, said in the same meeting, “The government can allocate a part of the budget to unemployment insurance for those enterprises.” This is preparing the grounds to deprive many unemployed workers of compensation.

Kerman Governor Mohammad-Javad Fadai was quoted in the “Farday-e Kerman” site on May 1, “The closure of guilds and the bazaar has had negative consequences for society. Yet, no assistance has been provided to Kerman from the Sovereign Wealth Fund.” Kerman’s Economy Director-General, Reza Sanjari told the same site, “183,000 production and business units have been damaged in the Province due to Coronavirus. 3.5 trillion Tomans (24 million dollars) are the initial estimates of the damages.”

In remarks aired on the state-run TV on May 1, Ahmad Khatami, a member of the presidium of the Assembly of Experts and Friday prayer leader in Tehran displayed the regime fears over the exposure of facts regarding the Coronavirus. “Amid Coronavirus outbreak, some should not cause anxiety and problems in society by engaging in rumormongering and lies about Coronavirus. You can see that satellite channels abroad exaggerate the smallest things and create non-existent subjects.”