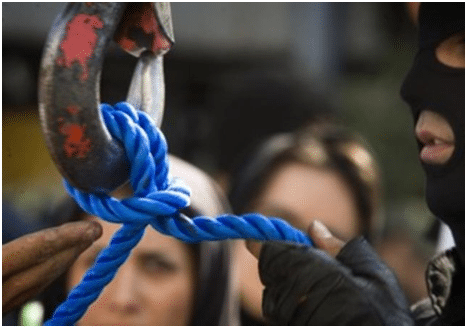 An Iranian monitoring group has alleged that the government, in a matter of mere six days, has secretly executed 59 ‘activists’ in the largely Shia-Muslim populated country.

According to France-based National Council of Resistance of Iran (NCRI), a political umbrella coalition of five Iranian opposition political organisations, Iran carried out “a wave of secret execution inside the country’s prisons”.

The NCRI report noted that between 19 May and 21 May, the Iranian regime executed 37 people in prisons or on the streets of various cities. Similarly, at least 22 peope were executed between 23 May and 25 May.

Criticising the increase in number of executions, the group which is headed by Maryam Rajavi, a popular Iranian politician living in exile in France, noted in the report: “The executions are aimed at raising the atmosphere of terror in the society in order to prevent any public expression of dissent in the country.”

On the recent spate of executions in Iran, Soona Samsami, NCRI’s US Representative, told IBTimes India: “The political climate of repression and censorship in Iran, coupled with lack of due process in the judiciary, create severe difficulties in finding the truth behind Iran’s executions.”

“However, one thing is certain: the regime continues to use the death penalty, not as a deterrent to drug abuse or to stem ordinary crimes, but as a means of inflicting terror in a young and increasing restless and enraged population,” Samsami said.

“Hassan Rouhani’s approval of these barbaric hangings notwithstanding, there is no room for reform in a constitution with a non-representative ‘Supreme Leader,’ and a judiciary that executed 30,000 political prisoners in a matter of months in 1988 alone. Ironically, Mostafa Pourmohammadi, one of the three people who sat on the “death commission” that sent these political prisoners, mostly MEK members, to the gallows, is Rouhani’s Justice Minister,” she added