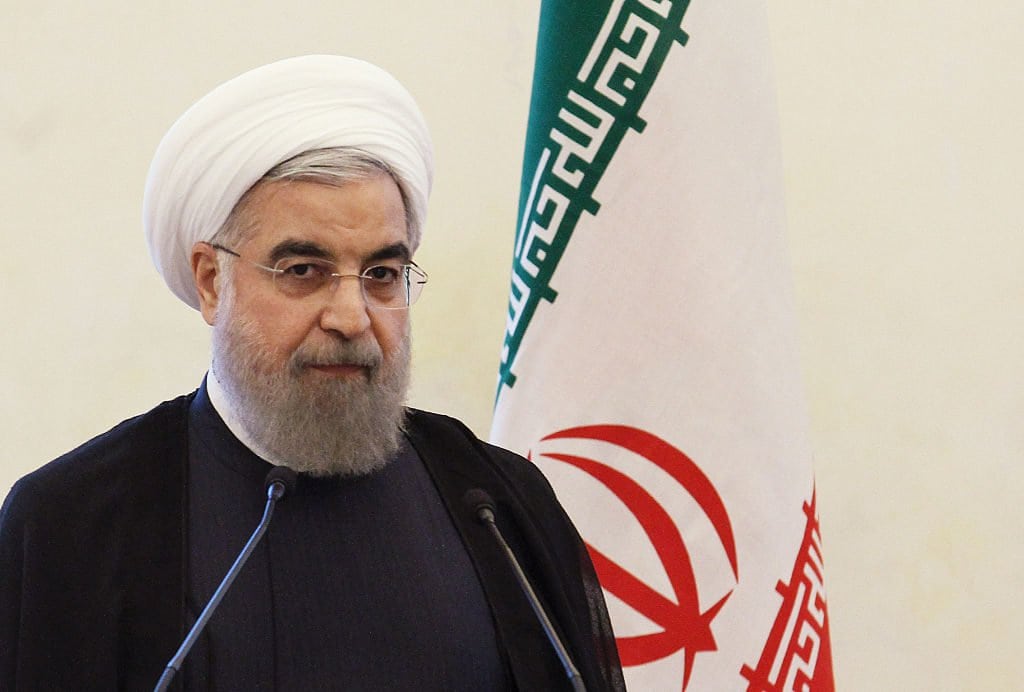 Earlier this month, it was reported that the Iranian judiciary had granted temporary release to Golrokh Ebrahimi. A political prisoner, Ebrahimi made international headlines after she was brought up on charges stemming from the “dissident” sentiments expressed in an unpublished, fictional short story found in her home during a police raid. Amnesty International described the charges as “ludicrous,” explaining that she was “effectively being punished for using her imagination.”

Over the past two months, her case attracted more attention after her husband, Arash Sadeghi, launched a hunger strike. He had been imprisoned ahead of her on vague national security charges stemming from his peaceful human rights activism. Ebrahimi’s release on Tuesday finally prompted Sadeghi to end his fast that had lasted a staggering 71 days.

Sadeghi’s supporters emphasized that after more than two months of starvation, even a few hours delay could have made the difference between life and death. Support for his protest became a top trending topic on Twitter, even though the social network is banned in Iran as part of the theocratic regime’s strict control over social sentiment and the flow of information.

The widespread use of Twitter is one more sign that that control is eroding, despite a recent security crackdown whose targets almost certainly included Sadeghi and Ebrahimi. Another sign is the fact that remarkable numbers of Iranian activists are willing to risk arrest and violent reprisal by gathering in support of causes like the release of Golrokh Ebrahimi and the preservation of her husband’s life.

Clearly Ebrahimi’s release was not motivated by humanitarian concern. It was more likely taken in response to the outcry from hundreds of activists who had gathered outside of Evin Prison on Monday, and more specifically reflected the regime’s fear of another popular uprising like that of 2009.

Four years after the widespread protests to the election of 2009 were violently suppressed, Hassan Rouhani became president. His election was heralded by some as a victory for moderation and a partial vindication of those protests. But critics of the Islamic Republic rejected this narrative.

Many skeptical Western officials and Iran’s domestic resistance movements, chiefly the People’s Mojahedin Organization of Iran (PMOI/MEK), tended to view Rouhani as an established regime insider and an unlikely agent of change. More than three years later, the ongoing plight of the Iranian people and of political prisoners like Sadeghi and Ebrahimi corroborates their perspective.

Sadeghi’s hunger strike focused attention on his wife’s unjust imprisonment, but the protestors outside of Evin Prison were certainly responding to more than just his case. The Iranian people are keenly aware of the regime’s criminal behavior. Moreover, recent efforts by prominent activists have resurrected past crimes for which the regime has never been held accountable.

Last summer, an audio recording from a former regime official brought to light new information about a 1988 massacre, in which as many as 30,000 political prisoners were hanged over the course of just a few months. The slaughter, intended to wipe out the MEK, had been subject to a conspiracy of silence but has lately become a hot-button issue, discussed almost openly across society in spite of the threat of government reprisal.

The activist community has done its part to keep attention focused on the topic, even as more recent political violence and unjust imprisonments are added to the catalogue of crimes. For instance, while serving a sentence for “enmity against God”, MEK activist Maryam Akbari Monfared filed a formal complaint demanding an investigation of the execution of her siblings in the 1988 massacre.

According to the National Council of Resistance of Iran, several other political prisoners have followed her lead. Their actions parallel those the NCRI itself is taking on the global stage, urging the United Nations to establish a commission of inquiry into the 1988 massacre. This is but one of the ways in which the international community can and should bring human rights issues into the forefront of its dealings with the Islamic Republic of Iran.

Signs that the Iranian regime’s grip over the country is weakening are becoming ever more evident. Acting virtually on their own, domestic activists were able to compel a repressive, but fearful regime to release one of its political prisoners and prevent the death of another.

In the wake of that victory, it is inspirational to think of what else they could accomplish if they had the full support of the international community. Hopefully, the Trump administration will take note. Apart from the obvious fact that it is also the right thing to do.