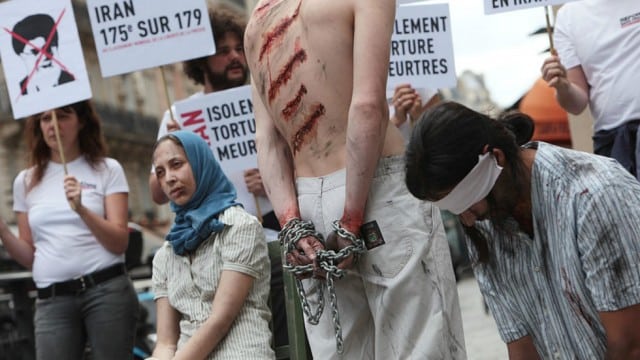 On Jan. 4, the reports came from within Gohardasht Prison, near the Iranian capital Tehran, that activist and political prisoner Ali Moezzi, still behind bars despite completing his term, had disappeared.Moezzi has faced repression from the Islamic Republic since its earliest days. He spent years in prison in the 1980’s for his affiliation with the Iranian opposition group, the Mujahedin-e Khalq (PMOI/MEK).

Moezzi has faced repression from the Islamic Republic since its earliest days. He spent years in prison in the 1980’s for his affiliation with the Iranian opposition group, the Mujahedin-e Khalq (PMOI/MEK).

He served two more years, beginning in 2008, for having visited his two daughters residing in Camp Ashraf, Iraq. He was arrested again in 2011, seven months after his latest release, because he had attended the funeral of a fellow political prisoner, another MEK activist who had died because authorities denied him access to life-saving medical treatment.

Over the course of Moezzi’s long history as a prisoner of conscience, he has faced many different forms of pressure, including the arbitrary and unlawful extension of his most recent prison term beyond its specified four years.

The extension signals the Iranian regime’s aversion to letting its political prisoners go free. In Moezzi’s case, as in many others, that aversion was underscored by numerous explicit death threats.

Moezzi’s life was already in danger before this latest development. He was reportedly subjected to routine beatings and torture and, as with many ill or elderly prisoners, the absence of medical care and dire prison conditions had aggravated pre-existing health problems.

Moezzi’s most recent arrest came shortly after he had been released from a hospital after undergoing surgery following a cancer diagnosis.

Over the years, the regime has repeatedly demonstrated its callous and deliberate disregard for the health and well-being of prisoners, especially those detained for political or religious “offenses.”

One prominent, recent example is the case of Arash Sadeghi, who is serving a 15-year prison sentence for his peaceful human rights activism. Sadeghi began a hunger strike shortly after his wife was arrested over the contents of an unpublished short story found in her home.

Sadeghi finally ended his hunger strike after judicial authorities made the tiny concession of granting his wife temporary release from her pre-trial detention. It took more than 70 days for the regime to agree to even that, and, in the end, it was apparently not the likelihood of Sadeghi’s imminent death that prompted them to act, but the massive outpouring of support that his protest had garnered within Iran and abroad.

Hundreds of Iranians gathered outside of Evin Prison, protesting his treatment. Several thousands promoted his cause on the internet and via banned social media networks. 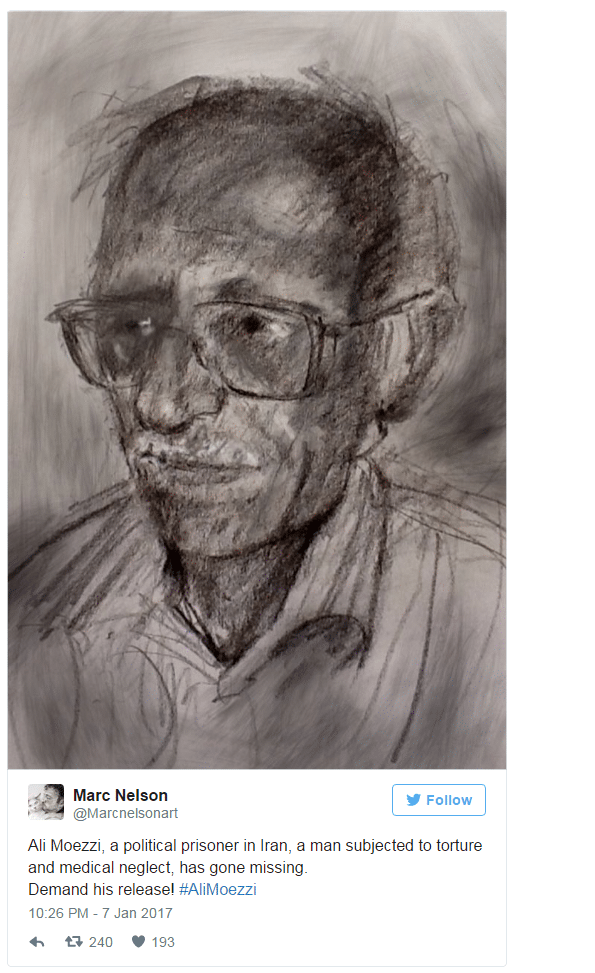 It may not be a coincidence that Moezzi disappeared from Gohardasht Prison just one day after it was announced that Sadeghi had been hospitalized and brought back from the brink of death.

Both incidents demonstrated that the Iranian regime has no qualms about endangering the lives of its political adversaries, but the ruling mullahs can only take such a situation to its drastic conclusion if relatively free from public scrutiny.

It is much easier for the regime to kill political prisoners, or simply allow them to die, if those deaths occur in secret locations, beneath the haze of “plausible” deniability.

Thus, Moezzi’s disappearance does not preclude Iran’s domestic activists or the international community from saving him in much the same way they saved Sadeghi. For the time being, it is impossible to know Moezzi’s current condition, much less to follow its deterioration in real time.

This presents a challenge because it is more difficult to rally people around a cause that they cannot see with their own eyes. These atrocities must not be allowed to continue in the shadows.

This is the challenge that must be overcome; it simply requires serious commitment, and a broad-based campaign that encompasses much more of the international community and media. World powers must take an interest in this case, and in the overall plight of Iranian prisoners of conscience.

This imperative is actually underscored by the recent successes of Iran’s domestic activists, particularly in the Sadeghi case.

If the global community remains silent, it is sending the clear message to the Iranian regime that it can get away with such crimes with impunity. That is a message we must not condone with our silence.

Safavi is a member of the Foreign Affairs Committee of the National Council of Resistance of Iran and president of the Near East Policy Research. You can follow him on Twitter @amsafavi.

The views expressed by contributors are their own and not the views of The Hill.