MENUMENU
Articles > Yes, the Iran Regime has a Viable Alternative

Yes, the Iran Regime has a Viable Alternative 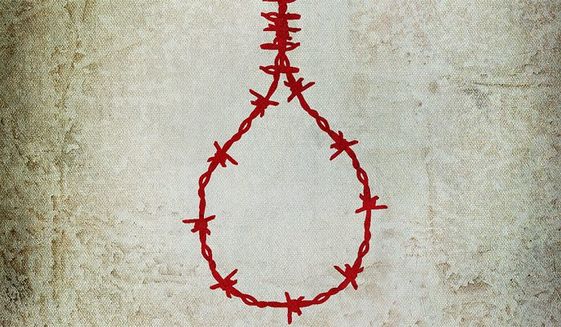 Over the years, it has been my privilege to meet with Iranians whose spouses, children and friends are among the 120,000 executed since the mullahs took over the great country of Iran, whose culture is one of the world’s most sophisticated, its population one of the most literate and one of the youngest. Yet they remain under the thumb of what some in Washington still refer to as a “moderate” regime.

I have been asked about the regime’s alleged moderation. Let’s look at Iranian elections in contrast to the Democratic candidacies this year, or the Republican primary last time around dozens of candidates. They don’t do that under the moderate regime in Iran. Everyone is vetted, and unless you are approved by the mullahs you can’t be a candidate.

How about our First Amendment? We have more than 100 networks and television stations, free to roam, and newspapers everywhere. Freedom of press in Iran? Are they free to roam, to pepper officials with questions, to confront President Rouhani about his conduct, the Islamic Revolutionary Guard Corps’ conduct, and political prisoners? Simple answer. No.

Assembly? There have been 8,000 t0 10,000 people arrested since the uprisings erupted nationwide in December 2017. And freedom of speech? The very notion of protecting political dissent is a non-entity.

I think back especially to those conversations with the mothers who lost sons and daughters, the wives who lost their husbands. They were dragged into prison and tortured because they spoke out, and they dissented. They publicly called for and then died for the very liberties that we take for granted every day. One-hundred-twenty-thousand people have perished; that is not a silent revolution; that is a powerful revolution.

Change will come. Certainly not a blast from the past — a monarchy no one could refer to as a democracy in any manner, shape or form. And certainly not from within the status quo. This is about liberty, equality and the primacy of the vote for anyone who chooses to run.

Which is why I include myself among an incredible cadre of men and women from across every spectrum of life and political affiliation, in Europe and here in America, who have decided to embrace publicly the viable alternative to the clerical regime, the National Council of Resistance of Iran (NCRI), and the 10-point Plan advocated by the NCRI’s leader, Maryam Rajavi.

Allow me a personal side note: When I left the U.S. Department of Homeland Security, I was approached to support the NCRI, or more specifically its main component, the People’s Mujahedeen of Iran, or MEK. At the time, MEK was listed as a Foreign Terrorist Organization. During my tenure, I met just about every morning in the Oval Office to review all terrorist threats directed at Americans and American interests. I have been part of hundreds of briefings and thousands of pages of terrorist threats. One of the reasons I decided to support the cause of the Iranian people was because the name “MEK” never appeared — not one day on one memo on one page on one allegation. The MEK has rightfully been removed from the Foreign Terrorist Organization list.

There is, however, one radical Iranian group that was rightfully designated earlier this week as a foreign terrorist organization by Secretary of State Mike Pompeo — the mullahs’ Revolutionary Guard (IRGC). You find not only IRGC personnel, but also their money and weapons in Yemen, South Sudan and Lebanon. If you had occasion to talk with men and women who have worn the uniform of our country and served in Iraq and Afghanistan, you would hear of weapons and munitions and proxies provided by the Iranian government and responsible for the deaths of American soldiers.

President Trump’s views on Iran are both clear and appropriate, but frankly, I would like to see zero exports of energy. Some say that means the Iranian people will suffer, but they are suffering now. Inflation is at 40 percent, unemployment at 50 percent. The rial has lost 70 percent of its value. And the recent devastating floods engulfing 27 out of 31 provinces are a damning indictment of the mullahs for their 40 years of mismanagement, incompetence and the looting of Iran’s national wealth. We must encourage the president, the administration and Congress to sustain the pressure.

It is not a moderate regime; it is a ruthless, violent, totalitarian and incompetent regime. But there is an alternative, a better way, a new way: The NCRI, led by Madame Rajavi, where press, assembly, speech, dissent and tolerance are protected, and a non-nuclear Iran can join the community of nations and blend its incredible culture, history and literate, dynamic population into the broader, global community. That Iran is definitely in America’s best interests.