MENUMENU
Articles > We Weren’t Just Numbers, We Were the Future

We Weren’t Just Numbers, We Were the Future 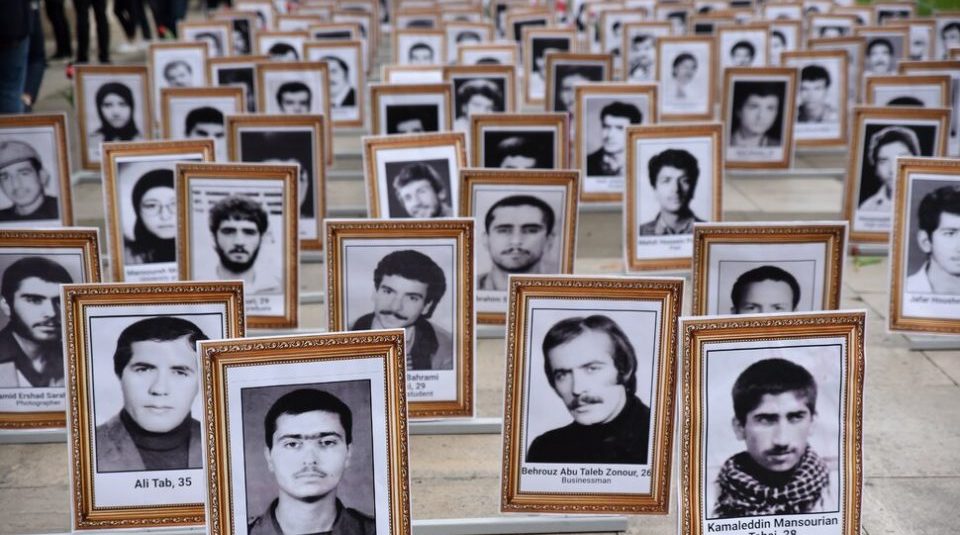 Two years after the bloody crackdown of the November uprising and 33 years after the massacre of 30,000 political prisoners in Iran, two trials were held in Europe recently. With the real culprits sitting thousands of miles away, watching from the comfort of their palaces, we the oppressed sought justice and called them out. We did it because they killed every single soul that dared dissent. They did it then and they’re doing it now.

I was arrested in 1982. My crime? I supported a political group that opposed the rule of an extremist cult that uses Islamic Sharia law to justify its insatiable greed and lust for power.

Back in those days, being part of a movement was everything. Like many other youths, I was driven to the Mujahedin-e Khalq (PMOI/MEK) because I believed in Islam as a faith that respects equality, tolerance and love among the human races. I attended meetings, read the movement’s newspaper and debated freely with members of other groups. I never had the slightest vision that one day, these things would be criminalized, for which I was incarcerated for 17 years.

In prison, I have seen things that no pair of eyes can possibly tolerate, and I heard stories that no human nerve can endure. I have detested my own imagination and at times hated myself for being alive while so many friends have perished. Loneliness in Iran’s prisons is a brutal experience to cope with.

I spent many nights counting shots. The first time, in September 1982, I heard a strange continuous noise like they were offloading girder from a large truck. And then I heard single shots. One, two, three … then I realized that I was counting the number of bullets that were aimed at my friends. Fifty-four, 55 … they weren’t offloading something. The first loud sound I heard was the firing squad opening fire and the single shots were headshots, the coup de grâce. I was counting the many friends I was losing every second… 91, 92 … I thought, one day, one of these shots would pierce my brain. I will be one of the numbers counted, 99 … 100.

In 1988, the regime decided to annihilate all political prisoners. All those who stood loyal to the organization and to the cause of freedom had to die. Only those who denied their affiliation survived.

Surviving the massacre and after being released from prison, I rejoined MEK and along with the few remaining fellow prisoners we made an oath, pledging to become the voice of those who were executed. Those men and women remained steadfast when they were taken to the “Death Commission,” one by one when they were asked to reject their beliefs and submit to the dictator’s rule. Thirty thousand times “the judges” heard “no” and 30,000 times the henchmen had to listen to the chants, crying for freedom as their last wishes on Earth. A generation that could have built Iran’s future was executed to become extinct.

The clerical regime’s officials have pursued their prosperity in corruption and plundering of the nation. Once done with domestic dissent, they have reached out overseas for geostrategic influence and international leverage.

But Iranian society has never been silenced. Frequently, uprisings have erupted, reminding the rulers and the rest of the world that we, the Iranian people, are determined as never before to pay the price of restoring our stolen freedoms.

In November 2019, a deprived nation took to the streets and sought to overthrow the regime. People nationwide wanted the clerics and their pillar of power, the Islamic Revolutionary Guard Corps (IRGC), toppled. But the uprising faced a coldblooded crackdown. More than 1,500 men and women were brutally gunned down by helicopters, heavy machine guns, or semi-automatic rifles. Despite worldwide condemnation, those murderers continued to enjoy impunity.

The Iran Atrocities (Aban) Tribunal in London, which heard witnesses of the November 2019 massacre for five days, was a perfect reflection of our people’s bravery. Young people who were covering their faces, former security forces who have broken with the regime, women who fell victim to the agents’ misogynist perversity and others told the world what had happened in those bloody five days. Hundreds of brave souls, aware of the danger but determined and forward-looking to a bright future, wanted change and risked their lives once again by speaking out.

When I was testifying in front of Swedish judges during the trial of Hamid Noury, a notorious prison official involved in the 1988 massacre in Gohardasht Prison, west of Tehran, I told them that their victims’ list of 110 names only covered a very small part of the 1988 genocide. The judges said that it was enough to condemn the perpetrators of “war crimes” and “murder” according to Swedish law. I genuinely understood what they were doing, and I admired the effort so much. But a strong desire in me strives for a type of justice that remembers and records the sacrifice of every single soul lost. Every single individual, every talent that perished, every future that could have been something, and could have built something …

This isn’t about those who are gone, but for those who will come. Even if these perpetrators are caught and tried in courts, their years behind bars can never compensate for the atrocities and the damage they have done to the conscience of humankind.

Our comprehension of justice can never match the atrocities of evil. The only lesson for history is to abandon pragmatic calculations that weigh actions upon body count. If “never again” is supposed to mean something, it should translate into action rather than lip service. Those who are sacrificing their lives for freedom every day aren’t just numbers, they are the future.