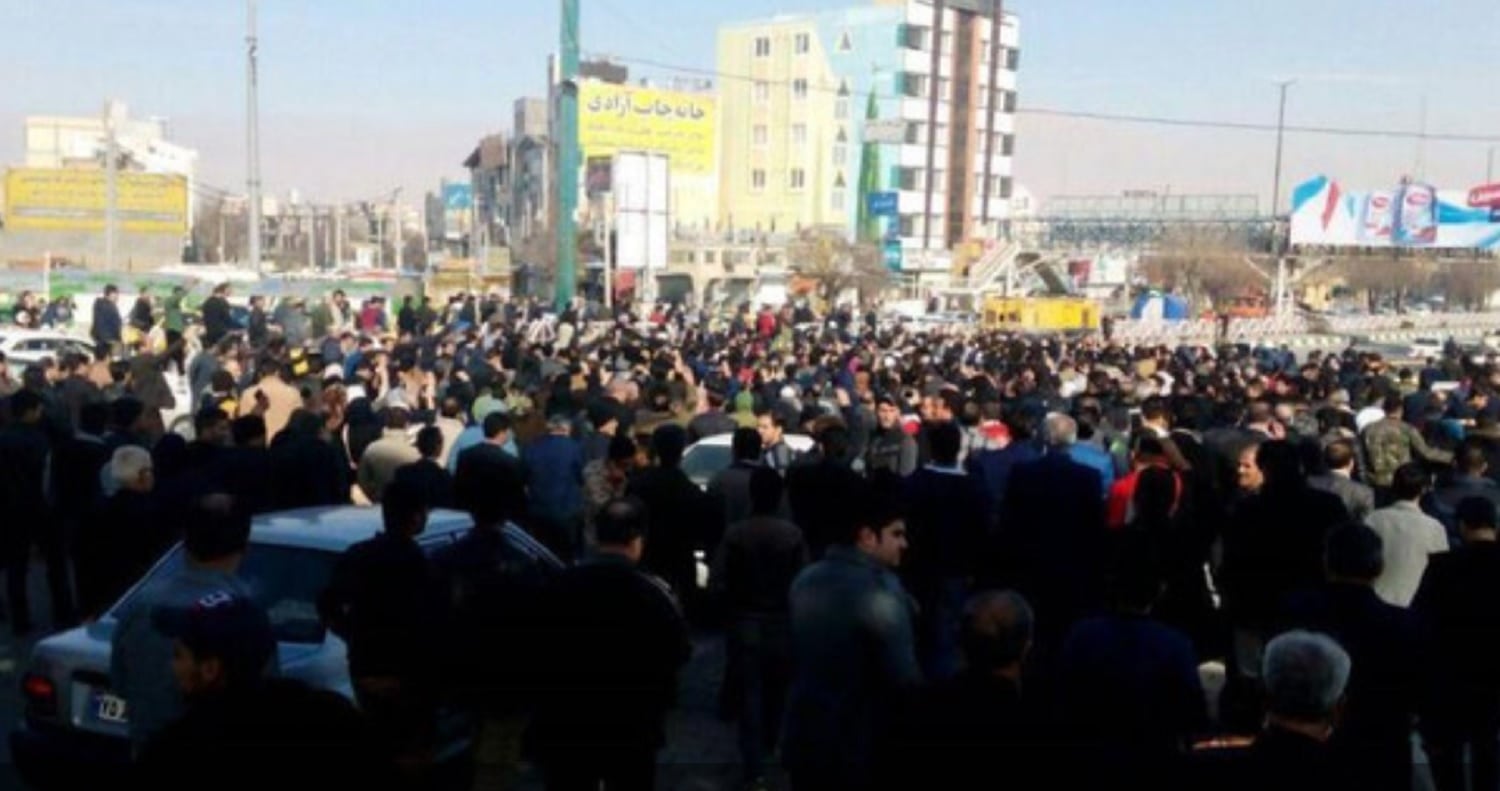 WASHINGTON – Students from Tehran University today joined the uprising against high costs, and chanted: “Death to the Dictator” and “Khamenei shame on you, let go the country.”

Over 60 cities and towns across Iran joined the protests that started on Thursday, December 28th in Mashhad and rapidly engulfed the entire nation. Main slogans chanted all over Iran are, “Death to Khamenei, Death to Rouhani”; “Reformist, Hardliner, the game is over now,” “we don’t want the clerical rule,” “Independence, Freedom, an Iranian Republic,” “No to the Islamic Republic,” “Neither Gaza, nor Lebanon, I will sacrifice myself for Iran.”

The suppressive security forces and the riot control police attacked the protesting students with tear gas and baton. In the city of Doroud, in the western province of Lorestan at least two protesters were shot dead by the Islamic Revolutionary Guards Corp (IRGC).

During the night on Saturday, people attacked government buildings in various cities, destroying them or putting them on fire. Police bikes and cars were overturned and put on fire. Several state-run gas stations were put on fire in protest to the rising costs of the fuel.

The Christmas and New Year 2018 Message of Maryam Rajavi
Comment
Maryam Rajavi: We Can Free Our Occupied Homeland