MENUMENU
Articles > Maryam Rajavi: We Can Free Our Occupied Homeland

Maryam Rajavi: We Can Free Our Occupied Homeland 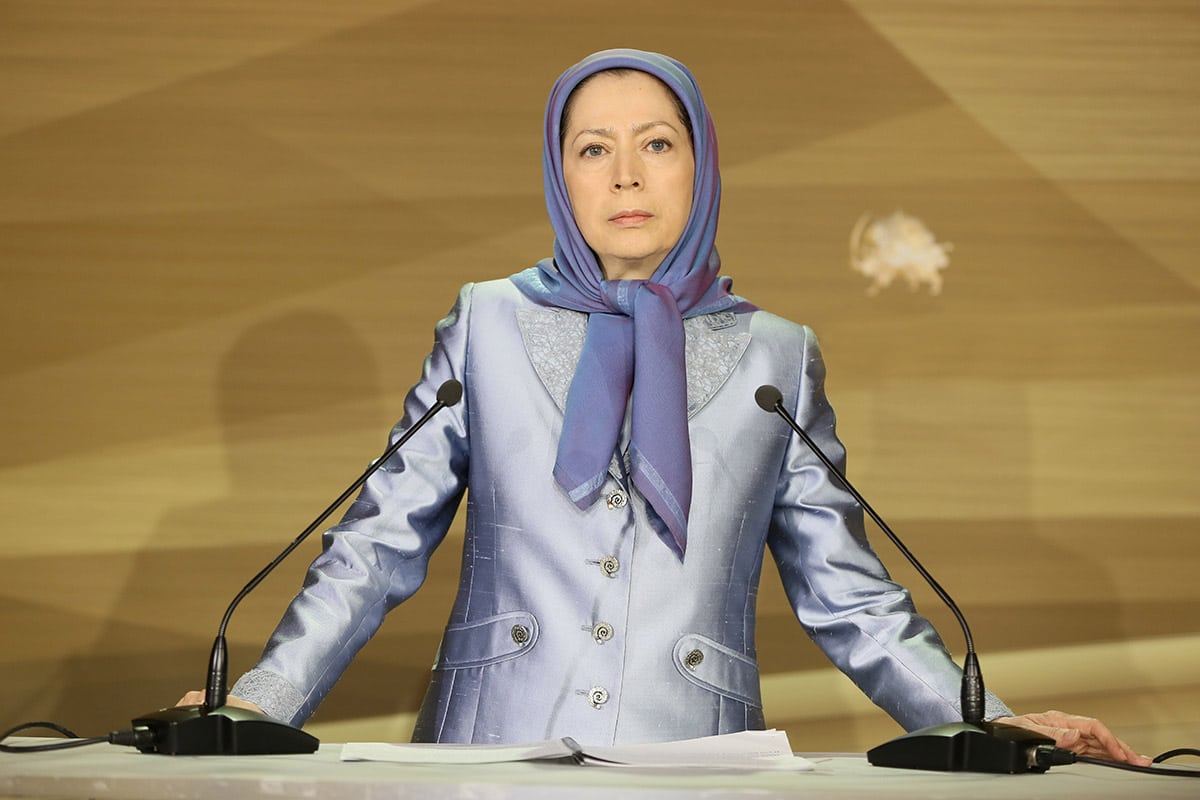 Brave women and men who rose up on December 28 and 29 and spread the message of freedom to Iranian cities,

Fellow courageous protesters across Iran,
Brave women and men who rose up on December 28 and 29 and spread the message of freedom to Iranian cities,
Hail to you and hail to our beloved cities who have risen up against poverty, hunger and unemployment, under the mullahs’ repressive occupation.
Hail to Kermanshah, Hamedan, Khorramabad, Qom, Isfahan, Rasht, Sari, Qazvin, Shiraz, Ahwaz, Bojnourd, Qaemshahr, and Zahedan;
Hail to Mashhad, Neyshabur, Kashmar, Quchan, Birjand, Shahrud and Yazd.
You showed that despite massive repression and widespread arrests, the Iranian people’s freedom movement is simmering like amber beneath the ashes and their uprising is waiting in the wings.
You cried out, “Death to Khamenei”, “Seyed Ali (Khamenei) shame on you, let go of our country”, “Iranians die but will never surrender”, “We will die but will take back Iran”, and “Leave Syria alone and think about us.”
You created a turning point in the protest movement of the people of Iran which confirms that the clerical regime is in its terminal phase.
You showed that the Iranian people’s uprising and protests target the entire regime and defy all its criminal, corrupt and plunderer factions.
You showed that the people of Iran despise the mullahs’ insatiable warmongering and criminal meddling in Syria, Iraq, Lebanon and Palestine;
And you showed that ending the economic crisis and corruption, repression, and the various other crimes of the mullahs is only possible by overthrowing their religious dictatorship.
Your protests have stunned the regime.
Your fearless spirit has aroused admiration across the globe.
The women who are at the forefront in many scenes are the source of pride for Iran and all Iranians.
Now is the time to expand and spread the bastions of rebellion for freedom.
I call on my compatriots across the country to rise up and join this uprising.
As Massoud Rajavi, the Leader of the Iranian Resistance, has reiterated, “No nation can achieve her rights and freedoms for free. One must pay the price. This is the significant point.”
Yes, we can overcome the evil of religious dictatorship;
We can take down the walls of repression;
And we can free our occupied homeland.
The mullahs must go. Sovereignty belongs to the people of Iran.
God bless the protesters across the nation
Long live freedom