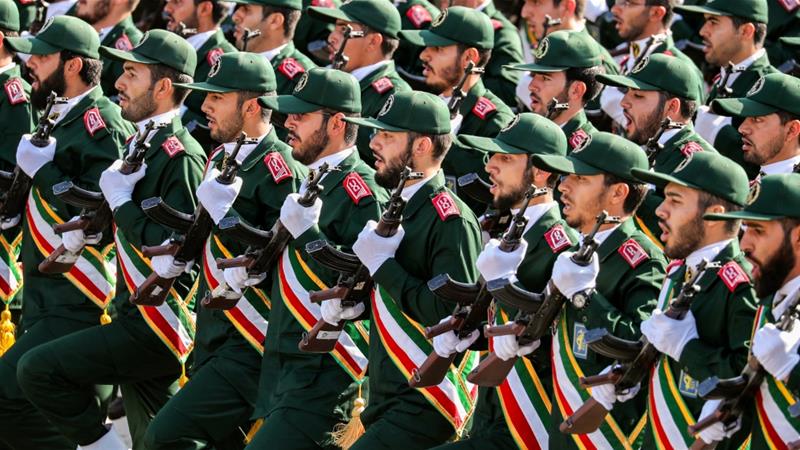 The U.S. designated the Iranian Revolutionary Guard Corps (IRGC) as a foreign terrorist organization Monday, and a leading Iranian resistance group says this action will starve the Iranian regime of funds and lead to a more peaceful region.

“From the moment it was founded, the IRGC’s mandate was to defend and export the regime’s mission by whatever means possible.  The IRGC institutionalized terrorism shortly after its inception, directing horrific attacks against the Marine barracks in Beirut in 1983 and the U.S. embassy annex in 1984,” said U.S. Secretary of State Mike Pompeo.

The National Council of Resistance of Iran (NCRI) has pleaded with the U.S. to make this designation for years and says this decision could be a real game-changer.

“The Iranian regime has benefited from its terrorism, from its hostage-taking.  It has used terrorism as a tool to leverage, to gain concessions from western countries over the past four decades,” said Alireza Jafarzadeh, deputy director of the NCRI’s Washington office.

“Today, with this (foreign terrorist organization) designation, the whole situation changes.  It puts the Iranian regime in the defensive position.  It demoralizes the revolutionary guard and their proxies and the groups that they are supporting and sponsoring in the region.

“It actually helps dry up the resources for the militia groups that are funded by the revolutionary guard,” said Jafarzadeh.

The Iranian government is furious at the IRGC being labeled a foreign terrorist organization.  More than 250 members of the Iranian parliament signed a letter vowing to “answer any action taken against this force with reciprocal action.”

But Jafarzadeh says not to worry about the howls of protest.

“Honestly, the mullahs only understand the language of force.  They back down when confronted with firmness,” he said.

Listen to the full podcast to learn how this terrorist designation will clamp down on American and European investment in Iran and why Jafarzadeh says that will lead to a more peaceful Middle East.