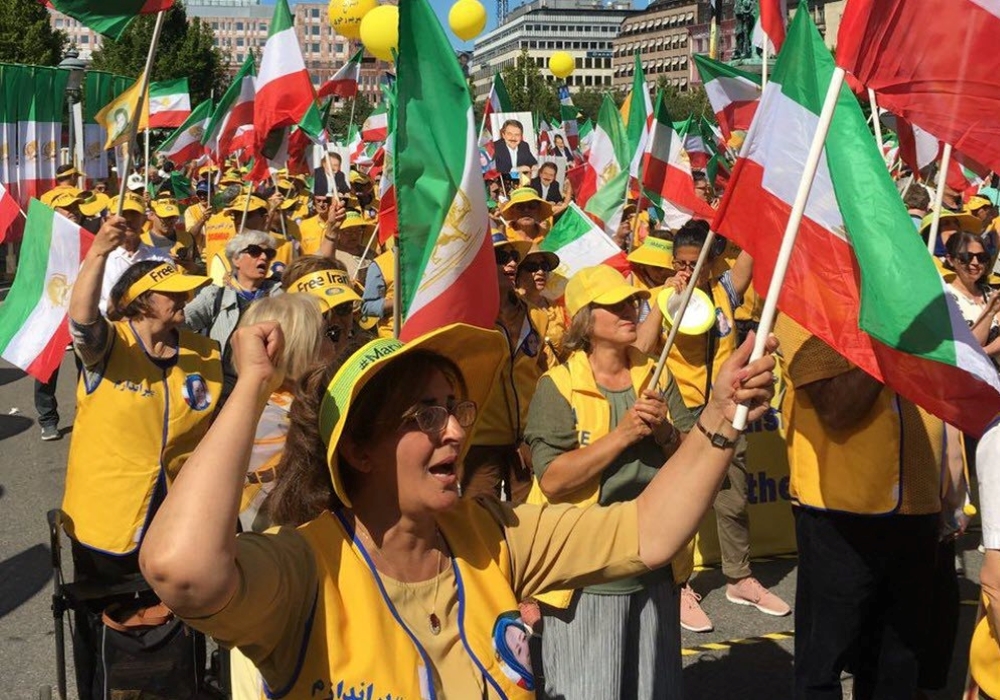 Although Iran is constantly in the headlines, not enough attention has been paid to the fact that it has witnessed unprecedented levels of social unrest for more than two years. Widespread social disenchantment culminated in two nationwide uprisings in 2017 and 2019.

Slogans that entered the mainstream during that uprising included “death to the dictator” and “hardliners, reformists, the game is over.” More slogans targeted Supreme Leader Ali Khamenei, who stands at the head of a system of absolute rule by religious authorities.

In a speech at the height of the 2018 uprising, the regime’s supreme leader Ali Khamenei blamed his enemies, specifically the opposition People’s Mojahedin Organization of Iran, for preparing for and subsequently leading the mass protests. The regime’s claim against the oppositional group typically claims that the organization lacks social support and is inconsequential. Now, with growing public discontent and more protests on the horizon, the regime is apparently being forced to acknowledge the opposition’s influence. In the run-up to the uprisings, activists associated with the opposition posted numerous messages in public spaces that targeted the regime and urged its overthrow.

In November 2019, another major uprising rekindled a popular drive for regime change. The message, slogans and main demands of the protests, as well as the unambiguous call for regime change, seemed to align with what the opposition has advocated for over the past 40 years. The opposition, for example, has called for a free, secular, democratic and non-nuclear republic that respects human rights and gender equality.

Despite the massive political shifts in Iran, the international community and western governments have remained shockingly silent. This is while during the November 2019 uprising, a staggering 1,500 protesters were shot dead by the Islamic Revolutionary Guard Corps (IRGC) on Khamenei’s orders.

Advocates for Iranian democracy want to raise awareness about the growing power of the Iranian people as well as the regime’s nervousness, vulnerability and inevitable overthrow.

While the continued activity of Iranian protesters at the start of this year suggests that the domestic population is doing its part, the same cannot necessarily be said of foreign governments and organizations that are in a position to support the Resistance. The opposition is organizing an international gathering that is scheduled to take place on July 17, entitled “Free Iran Global Summit, Iran Rising Up for Freedom, Resistance Units Key To Victory.”

Previous annual rallies attracted as many as 100,000 Iranian expatriates. This year, Iranians will take part in the virtual event from 30,000 locations in 104 countries. More than 1,000  parliamentarians, former officials, ambassadors, scholars, and experts on foreign affairs from across Europe, North America, and the rest of the world will be joining them. During the Free Iran Global Summit, Western policymakers and other interested parties can gain a deeper understanding of what is happening inside Iran. The summit, which promises to also host one of the largest virtual gatherings since the coronavirus outbreak, will provide more information about the resistance, and how others can be confident that the result of a domestically-driven regime change will be a democratic Iran that is as beneficial to the international community as it is to the Iranian people themselves.

Iran is in turmoil and there are undeniable signs that the mullahs are in deep trouble and the population’s desire for major change is more conspicuous than ever before. In these circumstances, it would be a missed opportunity if Western parties turn a blind eye.