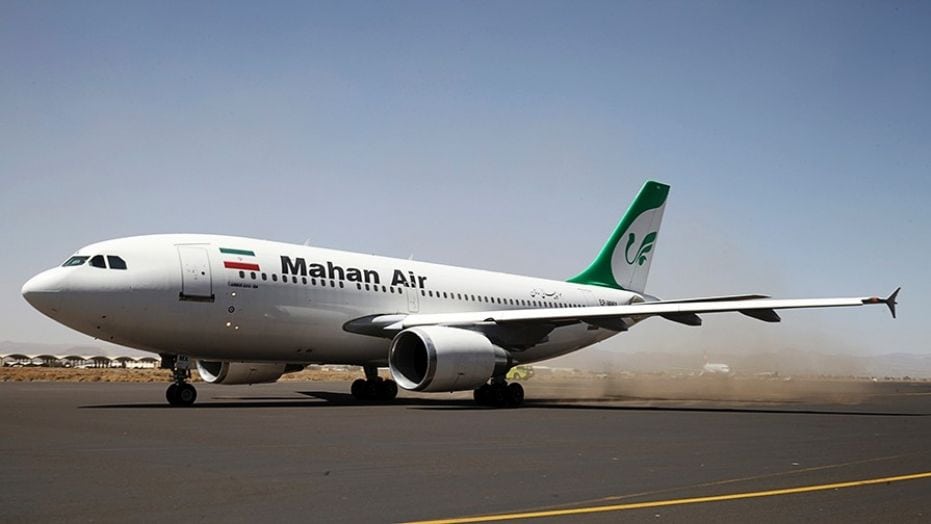 A new report released by an Iranian opposition group claims that Iran’s biggest airline — Mahan Air — is run by the Islamic Revolutionary Guard Corps (IRGC) and its Qods Force. This force is commanded by notorious Iranian General Qasem Soleimani.

The new report published by the National Council of Resistance of Iran (NCRI) states that the so-called private airline, Iran’s largest commercial airliner, is anything but commercial, and in fact works as a tool for Iran’s expansionist policies. President Donald Trump sanctioned the IRGC last month for supporting terrorism.

The report titled, “An IRGC Qods Force entity operating under the guise of a private company,” stated that one of the most significant findings “was that Mahan Air Corporation does not merely cooperate with the IRGC and the Qods Force, but is wholly owned and controlled by them.” This is the same Qods Force which was sanctioned by the U.S. for providing material support to the Taliban and other terrorist organizations in 2007.

The report describes the critical role that Mahan Air plays, along with other Iranian carriers, in “Iran’s interference in the countries of the region, including the transfer of personnel and logistics for the IRGC and proxy militias.”

According to the report, as of 2017, Mahan Air includes 62 airliners and flies commercially to 41 destinations in 24 countries on three continents. Major destinations include Paris, Milan and Munich in Europe, and others in Asia and Africa, where front companies have been created to bypass sanctions.

The report also describes the complex relationship between Soleimani, the Qods Force commander, and some senior commanders of IRGC who fought under him during the Iran-Iraq War in the 1980s. These parties operated in the same region in Iran — Kerman, the place where Mahan Air was first registered. Curiously, all those mentioned in the report now hold senior positions at Mahan Air while still being members of the IRGC.

Soona Samsami, the NCRI representative in Washington D.C., told Fox News that Mahan has transported forces, logistics and weaponry for the IRGC and Hezbollah between Iran, Syria and Lebanon. She said, “It is primarily used by the IRGC in general and the Qods Force in specific in transferring forces and equipment and regional mercenaries such as Hezbollah to Syria and Lebanon. This airline has played the most active role in the past six years during the war in Syria for such transportations.”

Emanuele Ottolenghi, who does not have anything to do with the publication of the NCRI report, is an expert on Iran sanctions and its aviation sector. He told Fox News, “Mahan CEO Hamid Arabnejad Khanooki and QF (Qods Force) Commander Qassem Soleimani are both Kermanis. And Arabnejad is a former IRGC commander. It is not a formal relationship, but is based on informal bonds or origin, militancy and ideology.”

Ottolenghi is senior fellow at the Foundation for the Defense of Democracies in Washington D.C. He has written widely on nonnuclear sanctions against Iran and has testified to Congress on the subject. He pointed to Executive Order 13224 signed by President George W. Bush shortly after the 9/11 terrorist attacks that gives the administration powerful tools to confront terrorist funding.

(It) “allows them to target enablers and providers of material support to Mahan. Any company selling parts, offering maintenance services, can be hit by fines or sanctions. Same for those operating as cargo sales, general sales and ticket sales agents. Ditto for ground services suppliers at airports. These include fueling, baggage handling, crew services, catering, etc.”

Ottolenghi continued, “Similarly the administration can sanction the Iranian airports whence Mahan troop flights to Syria leave. It can sanction the company that provides fuel to Mahan in Iran. If it knows banks involved in managing payments in Europe for Mahan Air’s transactions on these services, it can similarly sanction them or at least impose fines,” he said. “In short a lot more can be done.”

Mahan Air was sanctioned by the U.S. Treasury Department in 2011 for providing material support to the IRGC’s Qods Force in 2011, and again in 2016 to four entities that had helped Mahan skirt the sanctions regime placed against it. Several airlines that had been on the list were removed following the 2015 Iran nuclear deal — Mahan Air remained on it.

“In short, Mahan Air is the pseudo name for ‘IRGC Air.’ This front carrier is a primary asset in the IRGC’s fueling of Iran’s belligerence across the region,” Heshmat Alavi, an Iranian political analyst and activist, said.

Alavi told Fox News about the airlines goals: “This includes transferring recruited Afghans and Pakistanis to provide foot-soldiers and cannon fodders in Iran’s campaign of propping the Assad regime in Syria.”

He added that following President Trump’s sanctioning of the IRGC for its support of terrorism the administration needs to hit back at Iranian intransigence. “The Trump administration’s IRGC blacklisting needs full-throttle implementation and patching all loopholes left behind from the Obama-era. One major step is to clip the IRGC’s wings and bring an urgent end to Iran’s footprints throughout the Middle East and beyond,” he said.