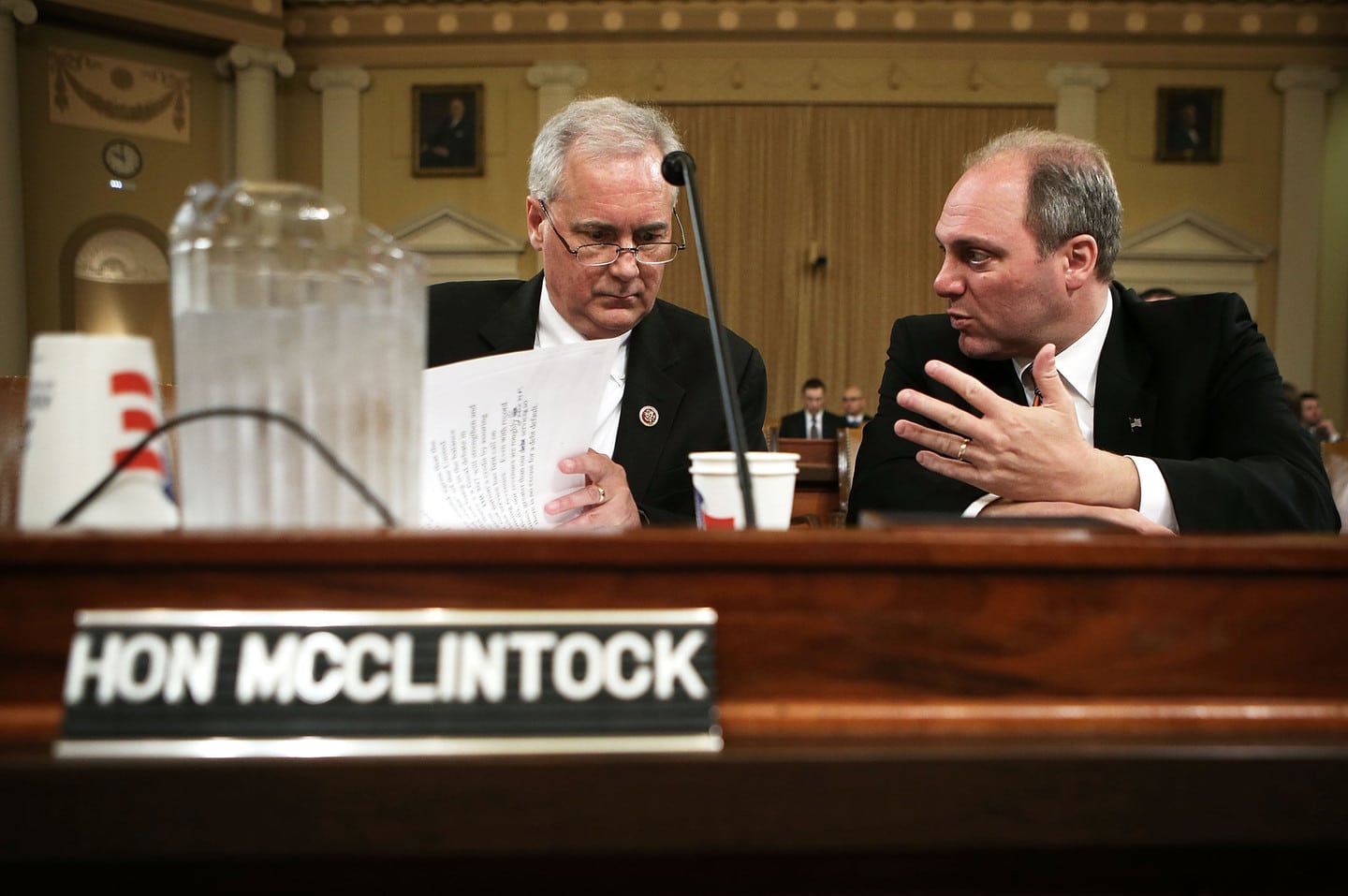 HON. TOM McCLINTOCK of California in the House of Representatives Thursday, January 18, 2018

Mr. McCLINTOCK: Mr. Speaker, I include in the Record the following op-ed, written by Mrs. Rajavi, the elected President of the National Council of Resistance of Iran, in support of the Iranian quest for freedom, printed in the Wall Street Journal on January 9, 2018.

These Iranian Protests Are Different From 2009

The protests in Iran send a cogent message: The clerical regime stands on shaky ground, and the Iranian people are unwavering in their quest to bring it down. Slogans against velayat-e faqih, or absolute clerical rule, called for a real republic and explicitly targeted the regime’s Supreme Leader Ali Khamenei and President Hassan Rouhani. This dispels the myth, still harbored by some governments, that Iranians distinguish between moderates and hard-liners in Tehran. It also undercuts flawed arguments depicting a stable regime.

Millions of Iranians live in poverty. Yet Tehran has spent upward of $100 billion on the massacre in Syria, according to reports obtained by the National Council of Resistance of Iran. The chants of “Death to Hezbollah” and “Leave Syria, think about us instead” clearly demonstrate the people’s opposition to the regime’s belligerent regional schemes.

The country’s official budget this year allocates more than $26.8 billion to military and security affairs and the export of terrorism. This is in addition to the $27.5 billion in military spending from institutions controlled by Mr. Khamenei and the Islamic Revolutionary Guard Corps. The budget for health care is a mere $16.3 billion. Weak and vulnerable, the regime spends such astronomical sums on regional meddling as part of its strategy for survival.

Skeptics might point out that Iran has faced protests before. What makes the current uprising different from the 2009 protests?

The 2009 protests were sparked by rifts at the top of the regime. The current protests—which began in Iran’s second-largest city of Mashhad and quickly spread across the country—were motivated by rising prices, economic ruin, widespread corruption and resentment toward the regime. This systemic economic mismanagement has its roots in the political system, and it grows worse every day. That is why the demand for regime change surfaced almost immediately. It seems to be the only conceivable outcome.

Another major difference: The 2009 uprising was initially led by the upper middle class, with university students at its core and Tehran as its center. The recent demonstrations span a much broader swath of the population—the middle class, the underprivileged, workers, students, women and young people. Nearly all of society has been represented on the picket line.

Nor is the current uprising tied to any of the regime’s internal factions or groupings. There are no illusions about reform or gradual change from within. One of the popular slogans in Tehran is “Hard-liners, reformers, the game is now over.” This is yet another sign of the certainty of overthrow. As an Iranian expression goes: Maybe sooner or later, but definitely certain.

The final differentiating factor is the pace of events. In less than 24 hours, the protesters’ slogans shifted from economic woes to rejection of the entire regime. The establishment has been caught off guard and is scrambling to find a unified solution. The IRGC declared victory over the protests on Sunday, but this reflects its hopes more than the reality on the ground.

The regime has issued strong warnings against joining the leading opposition group, Mujahedin-e Khalq. One after another, low-ranking and senior officials, joined by the Friday prayer leaders across the country who toe the regime’s line, blame the MEK for the protests. The torrent of statements by regime officials reflect their panic at the expansion of the nationwide uprising and the rising popularity of the MEK and the National Council of Resistance of Iran.

The religious dictatorship has resorted to extensive suppression to confront protesters. The IRCG has killed at least 50 people and wounded hundreds. By the end of the ninth day of protests, at least 3,000 had been arrested, according to our sources in the country. Numerous reports indicate that security forces literally knock on people’s doors and warn them against attending demonstrations. The net of suppression has been cast as wide as possible.

In light of this brutal repression, the international community must not remain silent. The United Nations Security Council must adopt punitive measures against the regime’s crimes. This has long been the demand of the Iranian people and opposition. We must not forget that the perpetrators of the horrific 1988 massacre of 30,000 political prisoners are still in power today, holding senior executive and judicial positions while engaging in the murder of protesters in the streets.

Perhaps the final difference between the 2009 protests and the recent uprising will be that the latter succeeds in overthrowing the reviled theocracy in Iran. The people of Iran fervently hope so.

Iran Uprising: Will It Continue? to What End?
Comment
Iran Opposition Leader Urges Council of Europe to Compel Tehran to Release Arrested