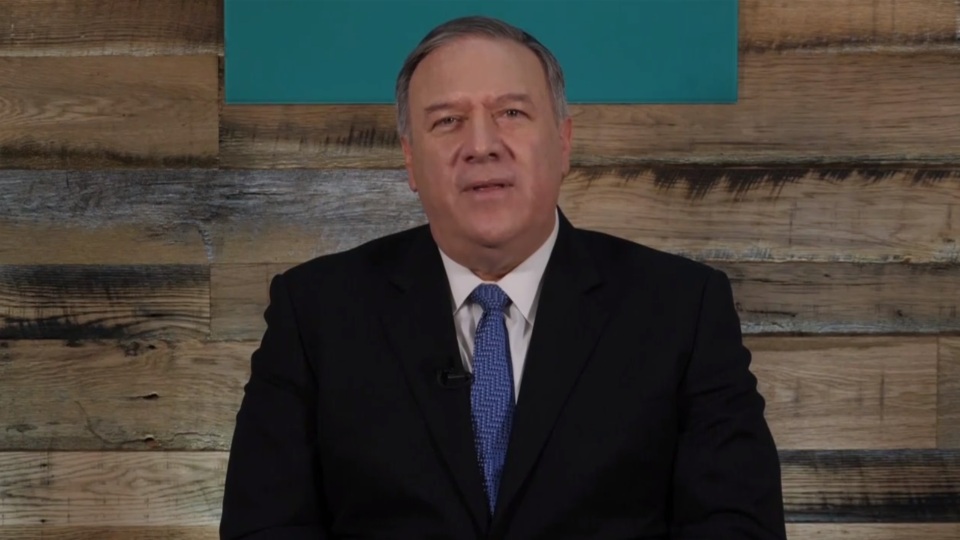 Iran‘s theocratic government is at “its weakest point in its now 40 years of existence,” former Secretary of State Mike Pompeo told a global virtual rally of exiled regime opponents Saturday, arguing that now is the time for the U.S. and its allies to increase pressure on hardline President-elect Ebrahim Raisi as heprepared to take office.

Thousands of dissidents from more than 100 locations around the world are meeting online this weekend. They heard from a number of former U.S. and European government officials and a bipartisan slate of lawmakers from Capitol Hill during Saturday’s opening session.

Mr. Pompeo was a chief architect of the Trump administration’s tough line with Tehran, which included tearing up the 2015 Iran nuclear deal negotiated by the Obama administration and re-imposing harsh economic sanctions on the regime and its trading partners.

He said Mr. Trump’s approach was beginning to bear fruit, even if “its application for under two years was insufficient to fully achieve its end goals.”

“The regime is at its weakest point in its now 40 years of existence,” Mr. Pompeo said. “Iranians from every corner of the nation can see the failure of the regime to deliver on the very promises that it made.”

He cited what he called Tehran’s bungling of the COVID-19 crisis and the low rates of vaccination despite plentiful supplies, a foreign policy and push for nuclear power that have left Iran a “pariah” in the Middle East, and economic policies that have led to food shortages and sharp increases in the price of basic consumer goods.

“In short, Iran is not working, and the Iranian people know it,” Mr. Pompeo said.

The former secretary of state — and potential contender for the 2024 Republican presidential nomination — also dismissed any notions that President-elect Raisi represents any change for the regime, even as the Biden administration moves to strike a deal for the U.S. to rejoin the 2015 nuclear deal.

The current head of the Iranian judiciary who was elected from a field in which most prominent moderates were banned from running, Mr. Raisi “was chosen by the Ayatollah because he is just about 60 years old and thus could lead for the next two to three decades,” Mr. Pompeo said.

Although hardliners in Iran opposed the original nuclear deal, Mr. Pompeo predicted the Supreme Leader and the new president will happily accept the benefits if the U.S. rejoins.

“They get to do the deal politically and reap the economic benefits from re-entering the [nuclear deal] and get the resources that come from it at no cost to the revolutionary leadership,” Mr. Pompeo said. “So, Raisi is likely to complain about the deal, use that to gain even more concessions from a deal-hungry U.S., but won’t, in the end, block it, creating a clear pathway to a nuclear weapon.”