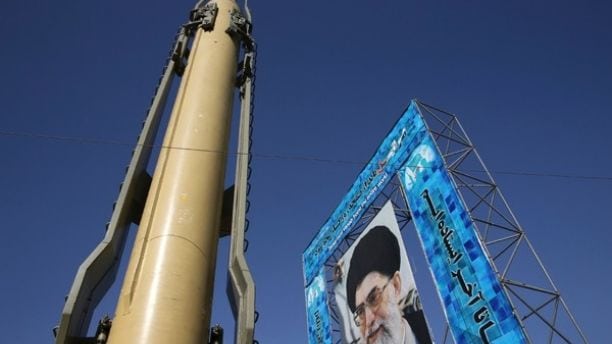 An Iranian opposition group has found 12 sites, not previously disclosed, where the Islamic government is developing ballistic missiles with the help of North Korean experts.

The disclosure, one of many in a lengthy and detailed report released Tuesday by the National Council of Resistance of Iran (NCRI), describes how Iran’s missile program has accelerated since it signed an agreement on July 14, 2015, to limit its development of nuclear weapons. The report’s material reflects intelligence gathered by the People’s Mojahedin Organization of Iran.

“The findings show the first full picture of the missile program of the Iranian regime, which is very extensive and costly. It also shows a close tie between the nuclear weapons program and the missile program,” Alireza Jafarzadeh, deputy director of the NCRI’s U.S. office, said to Fox News.

The report shines a light on three key aspects of Iran’s missile program: It reveals the existence of 12 previously unknown missile developments sites; it discloses details about the sites, including locations and facilities at the sites; and it describes the partnership between the Islamic Revolutionary Guard Corps and North Korean experts.

The NCRI also documents the extent of the Tehran-Pyongyang partnership.

“North Korea has been closely aligned with Iran in developing its missile program,” Jafarzadeh said. “All of the tunnels under the mountains are built after the North Korean model. [For example] North Korean experts have been present in Al Mahdi Garrison, a key missile site allocated to missile training near Tehran.”

The NCRI’s report comes just days after Iran launched missiles at targets in Syria, a move that Tehran said was intended to attack ISIS but which the NCRI said was a propaganda ploy in response to growing opposition from Iranian citizens to the missile and nuclear projects — not to combat the Islamic State.

“The primary reason for launching these missiles was in no way ISIS,” Jafarzadeh said.

“According to many reports, the missile did not hit ISIS, but took a lot of casualties among ordinary citizens. The Iranian Revolutionary Guard Corps has tens of thousands of forces, including foreign fighters in Syria. It has built missile manufacturing sites on Syrian territory.”

“So, there was absolutely no need to fire missiles from inside Iranian territory. In the past few years, the [Revolutionary Guard] was stationed very close to ISIS in Syria, but did not even fire a single bullet against it,” Jafarzadeh said.