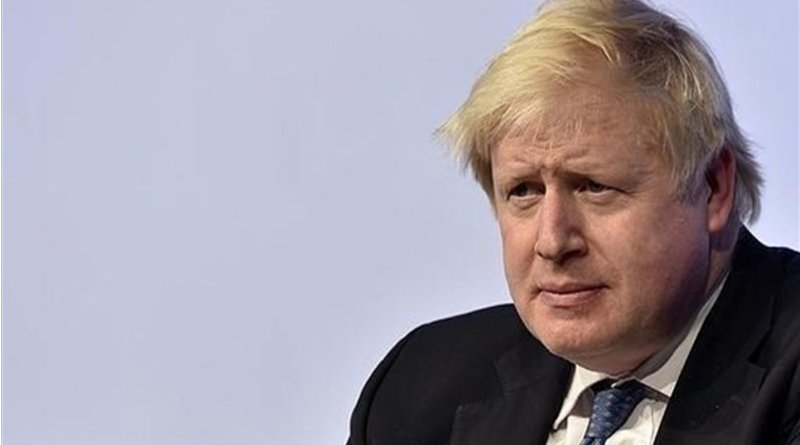 Now the new British Prime Minister has taken office, one of the first and greatest challenges to be addressed will be the threat posed by the Islamic Republic of Iran. The seriousness of that threat has become undeniable in the wake of Iran’s seizures of commercial vessels, including a British-flagged tanker, in and around the Strait of Hormuz. But the underlying danger is an indelible feature of the Iranian regime and its relationship with the international community. And the new leadership in Westminster should see fit to spearhead a reevaluation of how to respond to that danger.

If the Prime Minister sees fit to challenge the status quo as it relates to foreign policy in the Middle East, the resulting changes will be long-overdue. Sadly, the United Kingdom and various other Western powers have been prone to conciliation and appeasement when dealing with the Islamic Republic. Although they have confronted the regime on a number of occasions over specific, isolated aspects of its behavior, they have also operated on the assumption that the country’s theocratic dictatorship is deeply ingrained, that it cannot be challenged in its entirety without putting regional stability and global security at even greater risk.

This is a mistaken assumption, based on the belief that the clerical regime has substantial domestic support and faces no organized opposition at home. In truth, what little support there was in the immediate aftermath of the Iranian Revolution, has steadily waned over the years, especially as US-led sanctions have amplified the effects of the government’s own economic mismanagement and careless spending. But that support was overestimated in the first place, in part because countless Iranians opposed the theocratic principle of velayat e-faqih, even though they’d supported the effort to throw off the nation’s previous dictatorship, under the Shah.

Many of those people remained loyal to other groups that participated in the revolution. Some of those, in turn, morphed into movements opposing the theocratic regime and pushing for the establishment of true, representative democracy in its place. Chief among these is the People’s Mojahedin Organization of Iran, which stands at the head of a coalition known as the National Council of Resistance of Iran, headed by Maryam Rajavi, who has laid out a 10-point plan for Iran’s future, effectively challenges the notion that chaos and lawlessness are the only foreseeable outcomes for the collapse of the existing government.

The PMOI hosted a series of events earlier in July to express solidarity with domestic protests inside the Islamic Republic, and to celebrate the completion of a new Albanian headquarters known as Ashraf 3, in the place where 3,000 PMOI members were resettled after living for four years under threat of attack from the regime’s affiliated forces in Iraq.

The gathering in Albania was supported by many foreign delegations including multi-partisan groups of lawmakers from the UK and elsewhere. In this way, it served to reach the international community with news about the recent progress of Iran’s anti-government movement, and about the prospects for the PMOI and the NCRI to lead the transition to a free and democratic future for the country.

Such information could prove highly useful to the new British Prime Minister as he grapples with the task of reviewing his government’s Iranian policy in the wake of new threats and challenges. At the same time, the widespread embrace of the PMOI’s message by UK lawmakers should make it clear to the PM that a firm policy with regard to the Islamic Republic need not be a partisan issue. Many recognize that regime change in Iran, if brought about by the Iranian people themselves, would be the only sure way of safeguarding Western interests in the region over the long term.

In absence of such transformational change, the current threats to maritime commerce may blow over, but other crises will inevitably emerge in their place. And what is true today will be true for as long as the current Iranian regime holds power: At most every major crisis throughout the Middle East can be traced back to Tehran’s disruptive hands.

If that is not bad enough, the regime also has a long history of threatening British and other Western nationals when they visit or reside within the Islamic Republic. And its longstanding title as the world’s foremost state sponsor of terrorism puts those same persons at risk from attacks by the regime’s agents even when they are seemingly safe within Western territory. During 2018, for instance, a number of Iranian terror plots were uncovered in Europe and the United States, even as Tehran’s terrorist proxies deepened their influence over combat zones like Syria, Yemen, and Iraq.

Unless it is addressed in the earliest days of a new UK government, this and several related crises are only going to get worse. But if the PM takes advantage of what many of his colleagues have learned from their relationships with the Iranian opposition, he can finally direct foreign policy toward addressing a threat that has been growing ever since 1979. And by isolating and weakening Iranian institutions through economic and diplomatic pressures, he can encourage Iran’s domestic activists to throw off their hated government, content in the knowledge that they will have the support of the international community during the transition to a free and democratic government.

The Iranian Regime: Evil from the Top Down
Comment
Iranian exiles rally in London to Demand Regime Change in Tehran