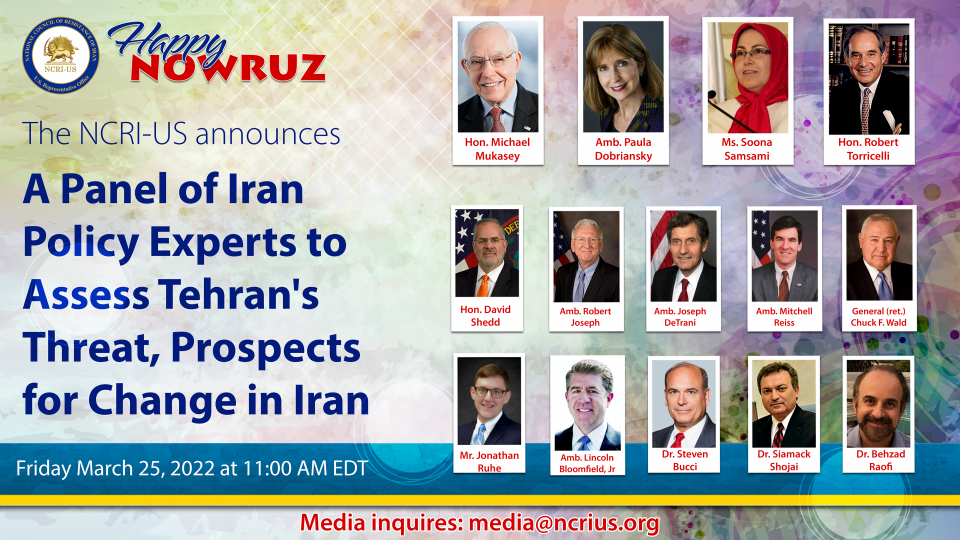 Washington, DC–The U.S. Representative Office of the National Council of Resistance of Iran (NCRI-US) will hold an online conference on Friday, March 25, 2022, to discuss Iran’s internal situation, Tehran’s nuclear and regional defiance, its support for the invasion of Ukraine and prospects for fundamental change.

Distinguished policy and national security figures will join to consider a framework for an Iran policy effective in neutralizing Tehran’s malign conduct and supportive of the Iranian people’s aspirations for freedom and democracy.

The panel will be moderated by Mr. Alireza Jafarzadeh, NCRI-US Deputy Director.

RSVP: To RSVP and for media inquiries, contact: media@ncrius.org

Iranian opposition releases report on Tehran’s continued use of terror
Comment
Distinguished Policy Figures Call for Maintaining the IRGC on the FTO List, No Sanctions Relief, and Highlight Prospects for Change in Iran