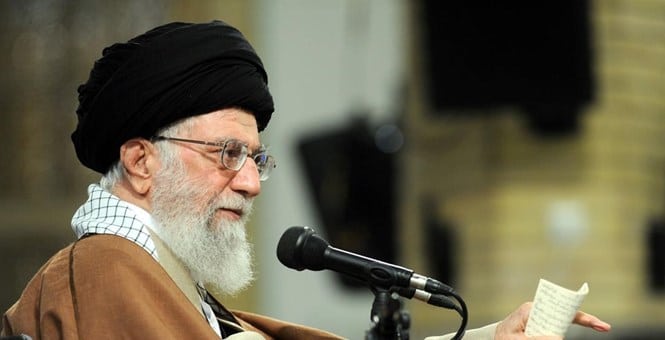 On November 9, 1978, the US Ambassador to Tehran, William Sullivan sent shock waves through the foreign policy establishment with a diplomatic cable to the White House titled, “Thinking the unthinkable. Iran without the Shah.” The Iranian monarchy had been a US ally for decades but in less than three months, the Shah and the monarchy were history.

Pundits were surprised by that change, and they were surprised again when Iran erupted at the end of 2017 and beginning of 2018. As the principal opposition movement, the People’s Mojahedin Organization of Iran (PMOI/MEK) played an important role in organizing the protests and breaking the mullahs’ censorship with news about them. Among this news were reports that protests had emerged in more than 140 localities.

In an era of social media, it was the protesters who sent the “cables”. The message was plain and simple. With chants like “down with Rouhani”, “down with Khamenei”, and “no to reformers, no to hardliners; this game is over”, the Iranian people clearly communicated that they want regime change and they want it now.

Some 50 protesters were shot dead by security forces and the Revolutionary Guards. And according to the MEK at least 8,000 defenseless protesters were arrested. (Regime officials have acknowledged 3,700.) Reliable reports indicate that at least ten protesters have been killed under torture in prison. Some were then placed in front of their parents’ houses. A number of protesters are missing and there is no news of their condition.

For years the mullahs and their advocates convinced foreign policymakers that the opposition was limited to a number of exiles abroad and that inside Iran there are only the regime’s two factions. The protests completely debunked this narrative.

On January 9, Supreme Leader Ali Khamenei blamed the US for plotting the protests with the MEK. “The MEK had prepared for this months ago,” he said, adding, “The MEK’s media outlets had called for it.”

It is a conventional gambit of despots who are rejected by their own people, to blame foreign powers. The uprising was not a conspiracy by foreign powers; rather it discredited the Obama administration and the Europeans’ appeasement of the ruling theocracy.

Very much to their credit, President Trump and Vice President Pence quickly and repeatedly expressed political support for the brave Iranians and their just demands. US Ambassador to the UN Nikki Haley made commendable efforts to take the issue to the UN Security Council.

The uprising showed that the multi-billion dollar windfall from the nuclear deal did not benefit the people. Rather, the mullahs used the political and economic benefits of the deal for further human rights abuses and to intensify their war efforts in the region. But these interventions have only made the regime more fragile.

The uprising was a revolt for freedom, popular sovereignty, social justice, and prosperity. It showed that Iranian society is in an explosive state, simmering with discontent. It showed that the regime is much weaker than perceived.

The mullahs have been able to contain the protests for the time being but the forces that brought millions to the streets are still working and more eruptions loom on the horizon.

As Maryam Rajavi, the president of the National Council of Resistance of Iran put it, “The mullahs cannot prevent the resurgence of the uprisings because they only depend on their deeply-hated repressive organs. They have lost the most important component of their power to enchain the society…The Iranian society will not return to the conditions preceding the uprising, nor is the religious dictatorship capable of regaining its previous balance.”

Scores of brave protesters who have broken the ayatollahs censorship have told the world that they are more determined than ever and that none of these brutal measures will break their convictions. They vowed that they will not relent until they reach their goal: To bring down the theocracy and establish democracy in Iran.

It is a moral imperative for the US and the whole of the West to stand on their side. Specifically, we should demand the immediate release of protesters who were detained.

As Mrs. Rajavi told major political groups in the Parliamentary Assembly of Council of Europe on January 24, “All governments should adopt effective measures and binding decisions to compel the religious dictatorship ruling Iran to release the prisoners of the uprising, uphold freedom of expression and association, end repression and lift the compulsory veil.”

The US should keep the moral high ground, lead the way internationally, and hold Tehran accountable for its treatment of protesters. The regime must understand that it has to pay a high price for opening fire on demonstrators and killing them under torture. It is sad that Europe has chosen to ignore these issues in favor of economic considerations, but when the US moves to the correct side of history, Europe has no choice but to follow.

Ambassador Haley rightly suggested that the US demand a hearing at the UN. She should urge the High Commissioner for Human Rights to form a committee to investigate arbitrary arrests and the deaths of detainees. But whatever the means, we must keep focused on this issue. Remaining silent is the worst thing we can do for Iran’s protesters.

As Martin Luther King said, “In the end, we will remember not the words of our enemies, but the silence of our friends.” But surely the Iranian people’s friends in the free world will not be silent.

After all, this is a moment the world has long been waiting for, a crossroads where we can achieve what seemed unthinkable just a few weeks ago: Iran freed from the clutches of ayatollahs.

Ken Blackwell was U.S. Ambassador to the United Nations Human Rights Commission from 1991-93. He received the Superior Honor Award from the Bush(41) and Clinton administrations.