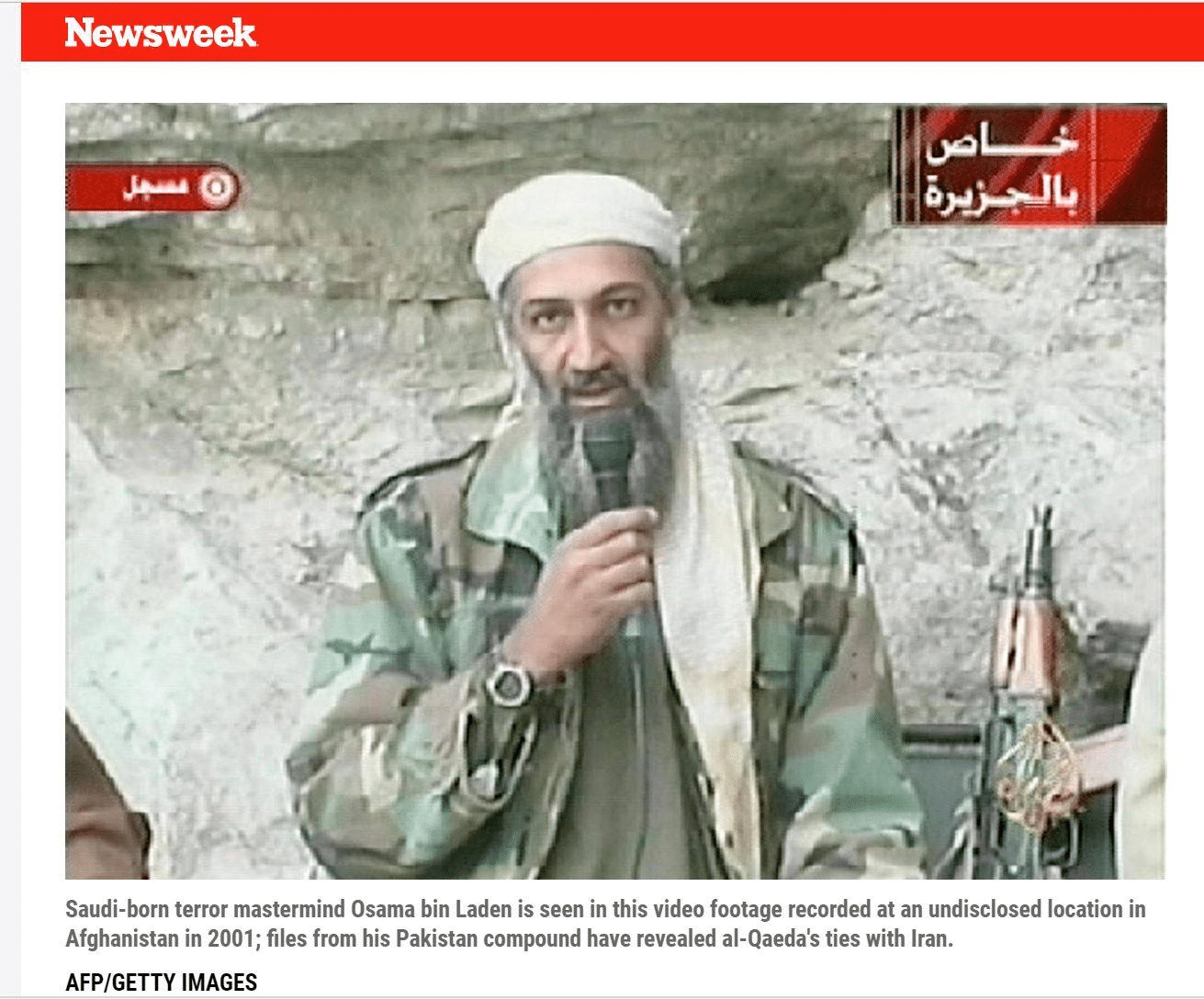 Iranian offers of secret funding, arms and training to al-Qaeda have been laid bare in a 19-page document declassified by the C.I.A. that shows how Tehran provided extensive support for the terror group in an effort to weaken the United States.

The previously unseen document, released with 470,000 files recovered in the raid on Osama Bin Laden’s Abbottabad compound in May 2011, gives an assessment of al-Qaeda’s relationship with Iran, according to a senior jihadist in the group.

Translations by the Long War Journal, which chronicles the U.S. war on terror, have shown how Iran offered the “Saudi brothers” in al-Qaeda “everything they needed” if they were to carry out strikes on U.S. interests in Saudi Arabia and the Gulf. This aid extended to “money, arms” and “training in Hezbollah camps in Lebanon,” the documents explain.

In other instances it can be seen that Iran provided logistical assistance to al-Qaeda, facilitating travel for some operatives and providing safe houses for others. Prior to the 9/11 attacks, Tehran provided safe-haven for prominent ideologue Abu Hafs al-Mauritani and his followers in Iran.

Relations were often fractious between the Sunni al-Qaeda and Shiite Iran, even if both recognized they were never in open war that their “interests intersect” on the issue of their shared classification as an “enemy of America.”

At one point Al-Qaeda contacted Ayatollah Khamenei directly, demanding the release of prisoners in Iranian custody. Other files, previously released, have shown how Bin Laden cautioned being overly antagonistic towards Iran which he personally described as al-Qaeda’s “main artery for funds, personnel and communication.”

The Abbotabad files formed part of the U.S. strategy for targeting al-Qaeda’s source of wealth and operational aid coming from Iran.

Speaking last month at the Foundation for the Defense of Democracies in Washington, C.I.A. Director Mike Pompeo said al-Qaeda and Iran had built complex ties.“It’s an open secret and not classified information that there have been relationships, there are connections,” he said. “There have been times the Iranians have worked alongside al-Qaeda,” the C.I.A. director added.

Pompeo said the relationships between al-Qaeda and Iran, whose origins are outlined in the documents such as those released by the C.I.A., continue be placed under close surveillance especially in Syria where the two sides are directly opposed.

The Iranian Resistance Strongly Condemns the Terror Attack in New York and Extends Its Condolences to the Families of the Victims
Comment
No Regrets for Taking Over U.S Embassy in Tehran, Said Iran Regime's Vice-President for Women and Family Affairs