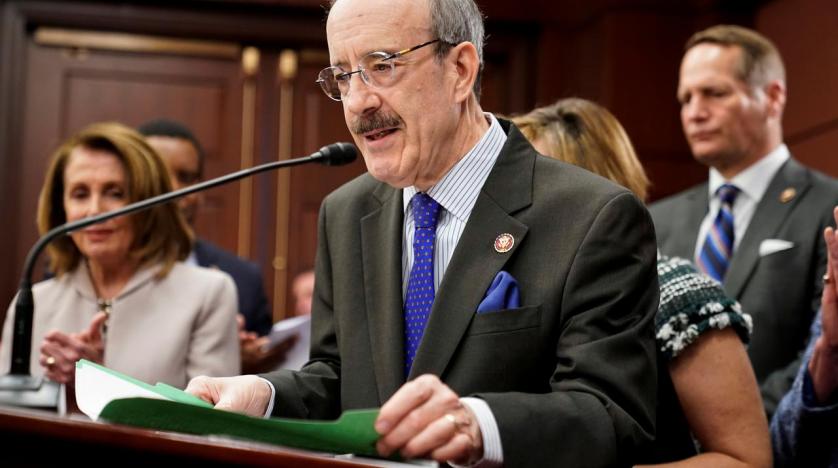 Iranian activists and members of the Iranian community in Washington have organized an exhibition at the US Congress Square for victims of Mullah’s regime.

The event was held on the occasion of the 31st anniversary of the political prisoners’ massacre committed by the Iranian regime against thousands of political activists in 1988.

The exhibition displayed hundreds of pictures for the victims of the massacre, as well as a number of statues depicting some political prisoners who were victims of the regime’s violations, and scenes of torture and suffering.

Chairman of the US House of Representatives Foreign Affairs Committee Eliot Engel affirmed the Congress’s support to the Iranian people in their legitimate demands to stop human rights violations committed by the regime.

He pointed out that criminals who supervised these executions in 1988 have been assigned at the highest government positions in the Iranian regime.

The Democratic Representative, Steve Cohen of Tennessee, also delivered a speech at the exhibition, condemning the Iranian regime’s violations against the Iranian citizens’ rights.

Deputy Director of the Washington office of the National Council of Resistance of Iran Alireza Jafarzadeh, for his part, stressed that the exhibition, which displays real pictures for the victims of Khomeini regime’s massacre, sends a message to the world that the Iranian people will not forget their cause against the regime.

The aim of this exhibition, Jafarzadeh noted, is to motivate present and future generations to always remember what the Mullahs’ regime has done against the Iranian people.

He also pointed out that these violations are not over, and the main supervisors of these executions still hold the highest positions in their country, especially in the judiciary sector.

Jafarzadeh called on a number of representatives of international non-governmental organizations and the United Nations to investigate the Mullah’s regime massacre and the ongoing human rights violations perpetrated by the Iranian regime.

During their participation in the 42nd session of the UN Human Rights Council in Geneva, Switzerland, the representatives urged the international community to achieve justice and deter the Iranian regime in order not to repeat such crimes.