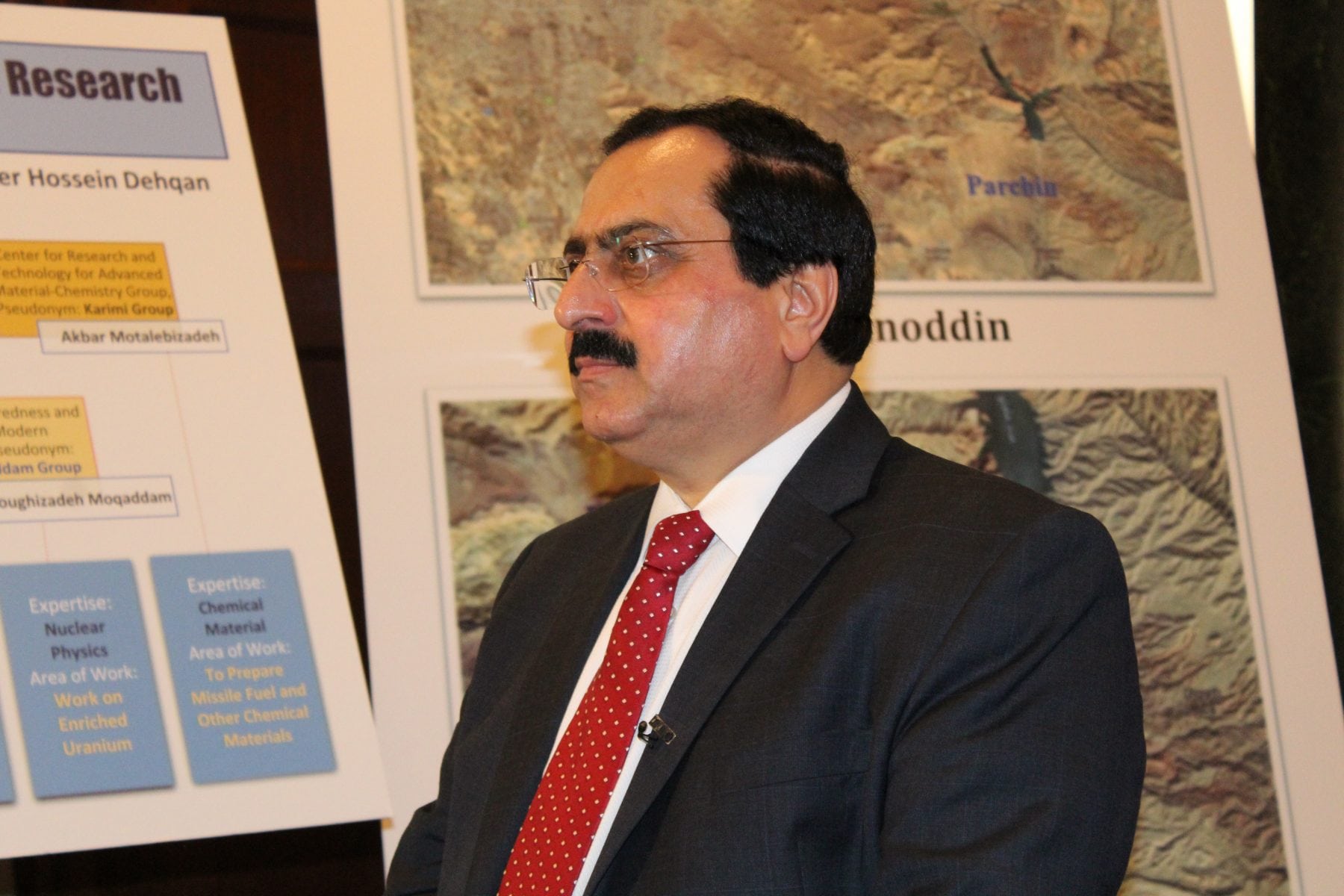 The Iranian exile group that recently unveiled evidence of Iran violating the terms of the nuclear agreement is now detailing how the regime is allegedly fleecing its own people to fund the military and bankroll Hezbollah.

The National Council of Resistance of Iran, or NCRI, is responsible for exposing Iranian nuclear ambitions some 15 years ago.  Now the group is releasing, “Iran: The Rise of the Revolutionary Guards’ Financial Empire.”  An additional subhead reads, “How the Supreme Leader and the IRGC Rob the People to Fund International Terror.”

The book maintains that despite appearances of an active private sector, the regime and its elite military wing, the Iran Revolutionary Guard Corps, or IRGC, really have a stranglehold on economy.  The regime touts an emphasis on privitization, but that means something very different in Iran.

“Back in 2005, the supreme leader basically brought this nice looking plan called privitization, turning everything to the private sector,” said Alireza Jafarzadeh, deputy director of the NCRI’s Washington office.

“In fact, that was really a restructuring of the Iranian economy to give the ownership of a wide range of industries and institutions to those either associated directly with the supreme leader or with the Iranian Revolutionary Guards,” said Jafarzadeh.

He says there was nothing fair about this embrace of “privitization.”

“The government, based on the constitution, has the right to seize and confiscate property if that property is obtained through what they call illegitimate means.  ‘Illegitimate means’ is something they can define any way they want to,” said Jafarzadeh.

In essence, most of the Iran economy is in the hands of just over a dozen government cronies.

“We’re talking about 14 major powerhouses that are controlling the entire economy.  All of these 14 are either entirely controlled by the supreme leader or by the Iranian Revolutionary Guards,” said Jafarzadeh, who says just one of these entities is sitting on about $90 billion and together the 14 are rolling in hundreds of billions of dollars.

All major sectors of the economy are involved.

Jafarzadeh says the Iranian people are struggling more than ever to get by, so where is this money going?  He says it’s not hard to figure it out, it’s going to the military, meaning the buildup of the nuclear program.

“The official budget is anywhere from 30-35 percentof the budget is allocated to what they call defense-related issues.  On top of all of that, the money they make from running the economy is directly funneled to these programs, including the nuclear weapons program,” said Jafarzadeh.

But that’s not the only places the money goes.  Jafarzadeh says a lot of money also goes to foundations with troubling ties.

“It’s supposed to be a religious foundation to help the poor, but it has turned into a foundation that actually funds terror in Lebanon.  Another foundation…sends a lot of money to Lebanon to support Hezbollah there,” said Jafarzadeh.

While Jafarzadeh believes the evidence of Iran commandeering the economy through a private facade to build nukes and fund terror is strong enough to take to the United Nations, he says there is something even more effective that the U.S. State Department could do by itself.

“By designation the IRGC as a terrorist organization, they can close all of these loopholes.  It would make it illegal for any U.S. person or U.S. entity to deal with any of these institutions run by the IRGC or associated with them,” said Jafarzadeh.

“It would make life a lot more difficult for the IRGC to transfer funds and to all kinds of things they’re doing in the region,” said Jafarzadeh.

Jafarzadeh says the dire straits of the people is also on the brink of boiling over as they watch their government hoarding resources rather than developing ways to help the people.

“Over the past year, we had over 6,000 anti-government demonstrations and protest acts, a lot of them economically driven to begin with but they quickly turned into political slogans by the people who hold the rulers as big thieves who are plundering their resources,” said Jafarzadeh.

“If people thought that things were volatile in 2009, it’s even more volatile now and there is certainly great prospects for change,” he added.

LISTEN TO THE PODCAST BELOW: